From Prokoviev to Pussy Riot 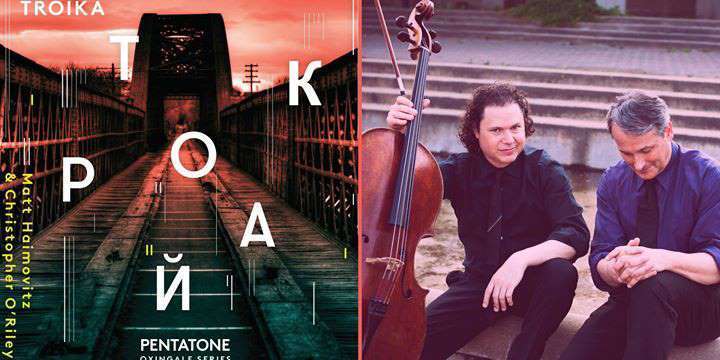 Our collaboration with KMFA 89.5 brings this interesting interview with the adventurous new recording project by cellist Matt Haimovitz and pianist and radio host Christopher O’Riley.

Haimovitz and O’Riley’s new two-CD “Troika” highlights three generations of Russian composers who worked in either exile or protest, or both. Sonatas by Prokofiev, Shostakovich, and Rachmaninoff are joined by The Beatles’ “Back in the U.S.S.R.” and an inventive cover of Pussy Riot’s “Punk Prayer,” the song that landed the all-female protest band and in jail.

“To play this music in this time now, it’s hard to accept that things have not changed that much,” O’Riley tells Johnson.