‘The (R)evolution of Steve Jobs’ clicks on the human connection

Steve Jobs was full of contradictions: He was a businessman and a free-wheeling hippie, a visionary and a perfectionist. “The (R)evolution of Steve Jobs,” which premiered in 2017 at Santa Fe Opera and won the Best Opera Recording Grammy Award in 2019, seeks to connect those dichotomies in Jobs’s life, illuminating the humanity beneath it all.

“Even though [the story of Jobs] sounds like a crazy idea for an opera, the obsession with love, the tragedy of his death, it really is the stuff of opera,” said Mason Bates, the opera’s composer.

“The (R)evolution of Steve Jobs” will come to Austin Opera in February in a new production co-created by Austin Opera, Atlanta Opera, and Lyric Opera of Kansas City. Directed by Tomer Zvulun, the production was originally slated to premiere in Austin in 2020, but due to the ongoing COVID-19 pandemic, it was pushed for two years.

In the context of our current moment, though, where we’re continuously being isolated and reconnected by our screens, the opera has taken on a new relevance.

“[The pandemic] has taught us how important human connection is, and that’s what this opera ultimately makes a plea for,” said Mark Campbell, the opera’s librettist, who also penned the World War I opera “Silent Night,” produced by Austin Opera in 2019.

When the idea to write about Jobs came across Campbell’s desk, however, he wasn’t that excited.

“He’s such a presence in the public mind. Everyone has their own version of him in their mind, and they believe that their version is the truest,” he said. But Campbell wanted to work with Bates, whose genre-blending music was something he loved. And as he read about Jobs, he became more sympathetic towards his character.

To write the story, Campbell poured through Walter Isaacson’s acclaimed biography of Jobs, digging out the “golden nuggets.”

“When you create a story based on a real person or a real event, you have to imagine it’s fiction — just because something occurred does not make it immediately dramatic. And so these events that I strung together are ones that felt almost like fiction,” he said.

The story he decided to tell uses Jobs’s inventions as a backdrop for his tumultuous life, centering his interest in Zen Buddhism. It isn’t a chronological telling, rather, it swims forward and back in time, linking these events together in surprising ways. The Ensō, a sacred circle in Zen Buddhism, is also a focal point of the opera that symbolizes Jobs’s eye for perfection in his work as well as his spirituality and hope to create human connection.

The opera’s music explores these ideas in sound. Bates blends the orchestra with electronics throughout the score, which is a technique he’s developed over the past 20 years. In writing music for “The (R)evolution of Steve Jobs,” Bates wanted to showcase both the history of opera by highlighting the orchestra and classic operatic forms, like the virtuosic aria, but put a 21st century spin on it with a protagonist from our current times and unexpected instrumentations.

“The balance of old and new has been a key focus of mine. I’m absolutely a product of my time, but also aware of the history opera,” Bates said. “And I like people to come out humming things.”

The sound of the opera is fluid, with electronics and lush instrumentals easily colliding. Bates does this by matching beats, letting the orchestra lock onto electronic rhythms or letting the synthesizer act as an anchor. Some of the electronic samples he uses sometimes come from Apple products, referencing the evolution and changes in Jobs’s technological innovation but never getting too on-the-nose with it. Bates also lets the acoustic guitar figure prominently in the score to represent Jobs’s love of blues music and to create a busy, rhythmic undercurrent in the music.

Seattle Opera · THE (R)EVOLUTION OF STEVE JOBS: “One Device”

When staging this production of “The (R)evolution of Steve Jobs,” Zvulun wanted to highlight the contrasts of Jobs’s life while bringing out his humanity. The production is sleek and technical, featuring 28 televisions that help with quick scene transitions. But it’s Jobs’s pleas for human connection that excited Zvulun the most when getting involved with “The (R)evolution of Steve Jobs.”

“What really makes this opera a masterpiece is not the technology. It’s the relationships within it. Because the show is about a flawed man, and I believe that all of us are flawed human beings to some part of our humanity,” Zvulun said. “As a director, I’m more interested in Steve’s relationship with his wife, with his friends, with his mentor, with his ex-girlfriend.”

The magnetic personality of Jobs, and his interest in making products that connect us all, is what Zvulun hopes his production will show audiences. At its heart, this is an opera about human connection: How Apple allows us to be connected even when separate and the good and the bad that technological innovation entails.

“One interesting point [about now] is the fascination with the screen and with all its pluses or minuses,” Zvulun said. “I think that what Steve Jobs did is change the world, and it really was right in time for the pandemic. He influenced it in a big way without knowing, 10 years after his death.”

Austin Opera presents “The (R)evolution of Steve Jobs” at the Long Center Feb. 3, 5 and 6, austinopera.org After its run at Austin Opera, the production will tours to Kansas City, Atlanta and Salt Lake City. 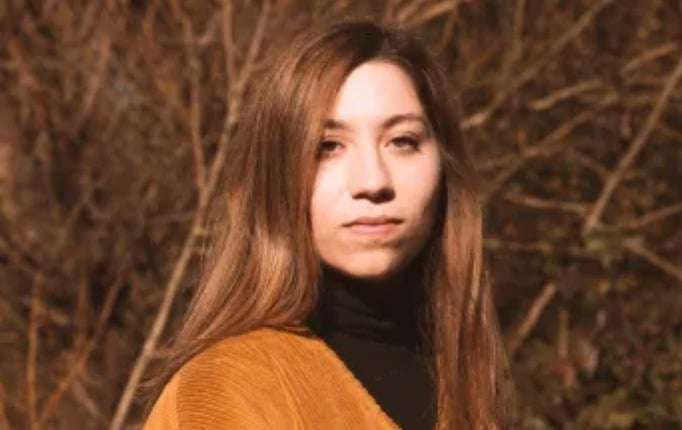