Elisabet Ney Museum to Get Improvements — and Its Own Supporters Group

Friends of the Elisabet Ney group is formed to fundraise, advocate for the city-owned museum 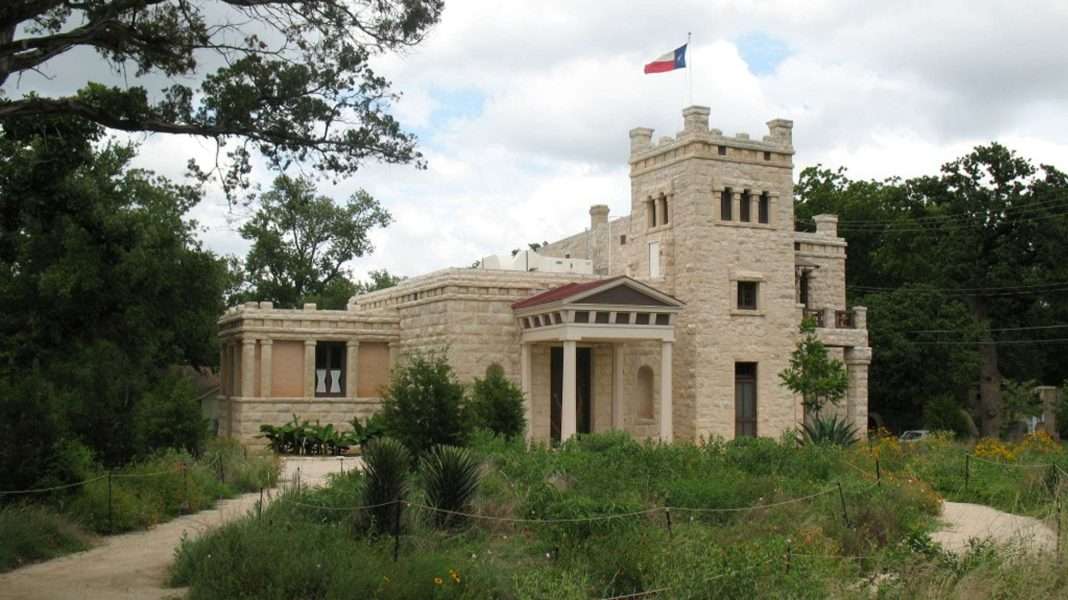 By all accounts the trailblazing sculptor Elisabet Ney would love the improvements on order for the singular home and studio she built for herself in 1892 in Austin’s Hyde Park neighborhood.

And Ney — who relished attention — would delight in the formation of a new advocacy group dedicated to supporting the Elisabet Ney Museum, now a city-operated facility.

At the annual Ney Day celebration yesterday, museum supporters announced forthcoming improvements to the historic site including a new bridge across Waller Creek which bifurcates the museum’s grounds

The launch of Friends of the Ney was also announced.

Museum director Oliver Franklin said that Lawrence Group Architects had been identified to design a bridge over Waller Creek that met accessibility codes. A little-used rustic bridge now connects the north and south sides of the museum’s grounds.

The museum building — the idiosyncratic limestone studio and home Ney built in 1893 — sits on the site’s south side. Inside, Ney’s figurative sculptures are on permanent exhibit.

Other facility improvement projects in the works for the historic building include replacing windows and doors for greater energy efficiency and updating the HVAC system.

The museum has about $1 million in place from a 2012 voter-approved bond package. Last month, the city council approved a round of funding from hotel occupancy tax that included $100,000 for HVAC design upgrades.

Work on some of the facility improvements could start within the year, Franklin said.

With a blossoming slate of public programs — including now-regular public art installations and outdoor sculpture exhibits — the museum needs to be able better accommodate the increased attendance, Franklin said.

“People are confused by the site and often don’t make the connection between the projects we might have going on on the north side and the museum on the south side of the creek,” he said.

Alison Young, one of the Friends of the Ney founders, said it was precisely that kind of problem, as well as the burgeoning new programs, that spurred the group to form.

“Rather than watch the museum struggle, we decided to engage directly with such an inspirational and uniquely Austin cultural asset, in order to see it thrive and blossom into the internationally-recognized tourist magnet and community hub that it can and should be,” said Young.

Young, who lives in the Hyde Park neighborhood near the museum, said the group’s immediate goals included fundraising to support more programming and additional facility improvements as well as advocating for the museum with stakeholders and city leadership. As city employees, museum staff are not permitted to lobby for funding city bond money.

In recent years, the museum has escalated the number of events and programs it presents, developing them to reflect the forward-thinking, independent Ney who moved in intellectual circles throughout her life.

“Now is the time to tell her story,” said Franklin. “Elisabet Ney was a political refugee, an artist and arts advocate, and an advocate for women’s rights and progressive ideas. She was outspoken and pushed people to think.”

As a young woman in her native Germany, Ney went on a hunger strike until her parents allowed her to enroll the Munich Academy of Arts to study sculpture, becoming the first female student ever admitted to the prestigious school. After later establishing a studio in Berlin she sculpted portraits of prominent figures such as philosopher Arthur Schopenhauer, composer Richard Wagner, Jacob Grimm of the Brothers Grimm and King George V of Hanover, relishing the vibrant intellectual life that from moving in artistic and intellectual circles of the 1860s.

Ney and her husband, Scottish philosopher Edmund Montgomery, an advocate of humanitarianism, fled the Franco-Prussian war settling in East Texas by 1873. After she received a commission to sculpt statues of Sam Houston and Stephen F. Austin for the Chicago World’s Fair, Ney moved on her own to Austin in 1892, building the classically-styled studio studio she named Formosa in the Hyde Park neighborhood.

Later she would add the tower with its crenelated top, lending Formosa the look of a European castle set in a patch of rustic Texas prairie that Ney left untouched.

Ney — who always used her maiden name — entertained frequently, her salon gatherings becoming, as one of her friends noted, “the chief social center of culture in the city.” Her guests included several governors of Texas, visiting dignitaries as William Jennings Bryanand opera singer Enrico Caruso.

“Elisabet Ney was pushing the boundary in everything she did and always pushing for more discussion on important issues,” said Franklin. “We want to continue her energy of telling stories with a purpose.”

Recent programs at the museum include a meet-up series with emerging women artists, the Austin Short Short Fiction Festival, a public discussion of philosophy and exhibits and sculpture installations by women artists.

Just as Ney and her Formosa were an epicenter for culture during her lifetime, so her legacy has proved equally influential.

After her death in 1907, the Texas Fine Arts Association was formed in Ney’s honor. At the association’s first meeting, it was decided the group would form one committee to advocate for an art school at the University of Texas and another committee to encourage legislation to establish a state arts commission.

TFAA used Ney’s building for its exhibits until 1941 when it deeded it to the city of Austin. Then in 1943 Clara Driscoll, owner of the estate at Laguna Gloria, deeded the property TFAA to be used as an exhibition gallery. Laguna Gloria is now one of two sites of the Contemporary Austin, its ground a sculpture park.

Last year, the Contemporary made a long-term loan to the Ney Museum of a sculpture by Texas artist Catherine Lee. The abstract bronze sculpture now stands just outside Ney’s studio.