The new Austin Central Library came with plenty of baked-in public art, among the pieces, a handsome 3D diamond made of red jungle gym steel at the north entrance called “The Beacon,” a stylized take on the internet’s iconic red map pins.

But the sculpture is also the starting point for “WanderATX” a companion storytelling tour.  You access the web-app on your smartphone via the website www.wanderatx.com while standing by the sculpture.

So what’s it about?

I confess that until walking next to the sculpture and logging onto the website I was under the mistaken impression that “WanderATX” was an audio walking tour, like Detour, the buzzed about app that uses a phone’s GPS tracker to guide users on richly-produced audio tours. That is, I was thinking “WanderATX” might be an intricately plotted, maybe even interactive, tour narrated by someone who whispers stories into your headphones as you walk.

But “WanderATX” is for a library after all, so the app’s creators  — designers and architects Chris Gannon, Chadwick Wood, and Brockett Davidson — designed a beautiful map and hired writers to put short stories on your phone.

The site has four stories, two for adults, two for kids. In “Time Machine Freak Out!” by Lucas Schaefer, the red “Beacon” sculpture is a time machine and you’re on a mission to find someone named Dolores, a time traveler. And like the popular children’s gamebook series “Choose Your Own Adventure” you’re given a choice between plot lines, in this case one involving a horse and another involving buffalo.

I clicked ‘buffalo’ at the Margaret Moser Plaza and the map directed me to walk to the edge of Shoal Creek and West Third Street. 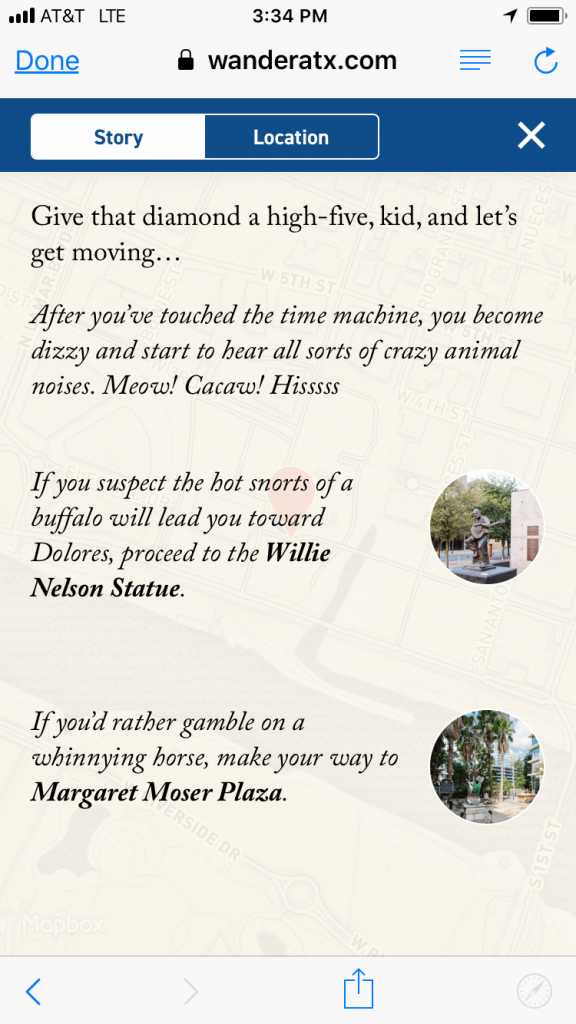 Here, the story said we had landed in 1730 and were witnessing an original encounter between Spanish missionaries and Tonkawa native Americans. “Hope you like horses, kid, because you’ve got five of them coming your way, and they’re carrying quite a crew on their backs: two soldiers in knight’s helmets, two men in brown robes and sandals, and even a nun!

“Either you’ve found five grown-ups who really get into Halloween, or you’ve stumbled upon Spanish missionaries.”

After just a few paragraphs though, my choices took me on a radically different path, almost half a mile across the South First Street bridge. There the story launched forward to 1920s Austin and to the imaginary site of a working farm on the bank of the Colorado River run by a Mary Rutherford. In classic “Choose your Own Adventure” tradition, this was a dead end. I was out of range of the time machine and was stuck for the foreseeable future doing chores for Mrs. Rutherford.

To get to a more satisfying ending would require circling back and taking the other fork, which on the map was several blocks east on Sixth Street. And herein lies the issue: that’s a long walk for a few narrative bites, maybe 20 paragraphs of story. In other words 20 or 30 minutes of walking nets you maybe five minutes of story.

Next I tried an adult story, “The Lost Bowie Silver,” by Jessica Topacio Long, an intense encounter with a confused Jim Bowie, who, at least in my version, ends up chasing you, eponymous blade in hand, until you are (delightfully) devoured in a violent encounter with opossums. It’s a wonderful story complete with gnarly art by Matt Rebholz. But again, it’s a long aimless walk for the payoff. 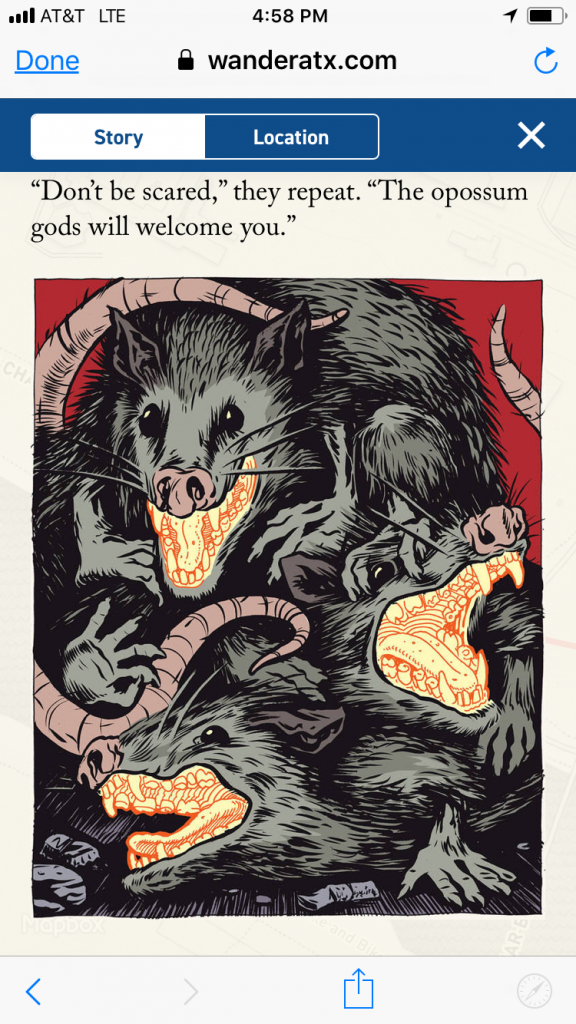 Writing this now it occurs to me that “WanderATX” sounds quite fantastical, and it might have been, with little more attention to purpose.

If you haven’t taken a Detour audio tour yet, you should. Austin has one of the best, a story about the so-called servant girl murders, which leads you on a surprising tour of downtown shops, back alleys, and leaves you to leaf through documents at the Austin History Center. It’s beautifully narrated by actor Barbara Chisholm, so the story’s in your ears, along with music and explicit directions. Here too, you travel some ground on foot, but each stop on the tour is picked for an explicit reason, and you get plenty of story or music (by Shakey Graves, no less) while you make it to the next stop. In short, it’s an experience.

By contrast, reading brief pieces of stories doesn’t quite take the opportunities of the medium — the smartphone — to immerse you in each location by asking you to, say, stop on a specific spot on a bridge or grab a specific tree branch or direct you to see something that you never would have looked at except on this experience.

While joggers, cyclists, construction workers, and cars buzz around you, reading a few paragraphs on your phone seems static.

“WanderATX” ia a great concept but do its stories need a smartphone and a website? It almost seems as though a piece of paper and a map could work. 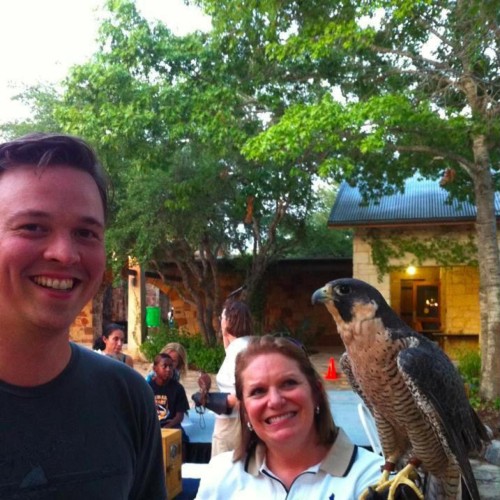