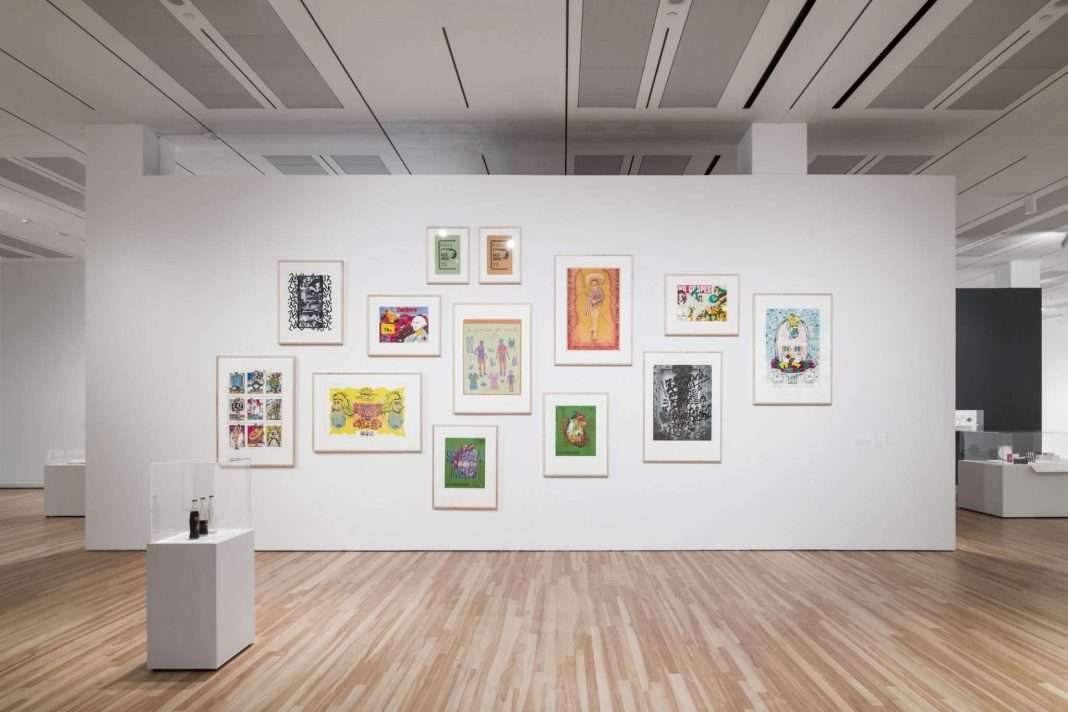 Nearly two years ago, I heard Beverly Adams speak at a panel on the curatorial process presented by the University of Texas’s art department. Adams is the curator of Latin American Art at the Blanton Museum, a position she’s held since 2014, and this talk both surveyed her career thus far and envisaged the future that her newly solidified tenure would bring to the museum.

During the Q-and-A portion at the end of her speech, a student asked why Adams became a curator, and her unconventionally concise answer has rattled around in my head ever since: “Because I wanted to touch the art.”

Metaphorically touch the art, that is. Adams wanted the deep understanding that a curator enjoys from a career work closely with art objects.

With the Blanton’s 50-plus-year history collecting art from Latin America, Adams certainly landed at the right place. (In 1988, the Blanton was the first museum in the U.S. to establish a curatorial position devoted to Latin American art.)

Now with Adams at the reigns, her curatorial team, which includes Florencia Bazzano, the Blanton’s assistant curator of Latin American Art, is poised to usher that legacy into a new era for the freshly reinstalled museum.

“Words/Matter: Latin American Art and Language at the Blanton” is the first special exhibition that Adams has culled from the museum’s massive collection since taking over the position, following a slate of smaller projects in the designated Paper Vault, as well as the overhaul of the permanent upstairs galleries in 2017.

With the backing of key acquisitions — some gifts from the estate of Jacqueline Barnitz, a researcher and professor long-associated with the university, and others from the Judy and Charles Tate Collection — the team found themselves ready to show off. A year of groundwork and preparation later, and after shaving down an initial pool of 250 works to 150, the exhibition opened to the public on February 17.

Probing the relationship between literature and art, the exhibition is treated as a survey without functioning as a pure timeline. It covers the modern and contemporary eras but not exhaustively so. And it plucks artists from any country and background to highlight similar themes between differing schools of thought. In doing so, “Words/Matter,” in its sheer breadth, really does offer something for everyone.

But for such a feat, the process unfolded quite serendipitously.

“A lot of the works have received recent attention since the reinstallation of the main galleries, but some haven’t been exhibited in a long time. We haven’t had to start from scratch,” notes Bazzano.

“Conceptual art has been a longtime interest of the museum. As we began looking through the collection, we began finding so many pieces that included language. We found that it was a strength of the collection,” she continues.

Adams calls it a “process of discovery.”

The underlying truth of conceptual art throughout the 20th century up to the present in Latin America is that it has a lot to do with writing — as a form of expression and communication but especially as a form of dissidence.

“Artists in Latin America have always had a strong connection with writers,” says Adams. “Writing really has this synergy with modernity.”

Writing, calligraphy, typography, for the most part, appear in every work of “Words/Matter.” A neat, hand scripted caption spelling out pithy thoughts such as “He practiced every day” and “Her fragrance lingered on” accompanies each of the prints depicting macro vignettes of torture in Luis Camnitzer’s “Uruguayan Torture Series.” Like in many others works in the exhibition, words become pointed expressions against oppression, however veiled they may be in semantics.

To get at the oversaturation of messaging that artists encountered at the turn of the millennium, and in turn incorporated into their work, the curators adopted a salon-style aesthetic, stacking and grouping many pieces on the same wall or in the same glass vitrine. Edgardo Antonio Vigo’s many pieces of mail art are a classic example. A newly curated grouping is shown in concert with other examples of protest art that allude to various resistances to dictatorships that swept Latin America throughout the 20th century.

It’s no secret that the Blanton’s storage vaults, especially the ones dedicated to Latin America, are enormous. Most of what’s filling them, however, is paper. According to Bazzano, some 80 percent of the museum’s collection consists of works on paper. And paper’s delicate nature only allows it to be displayed for brief periods of time before artworks return to storage for a long rest.

Paper makes the most sense for an exhibition on words. And so beyond the traditional artistic media of painting and sculpture, the curators showcase newspapers, magazines, a couple of bitingly ironic cardboard signs drawn by San Antonio native and New York-based artist Alejandro Diaz, even among other examples of cheaply-produced ephemera.

With so much history and so many stories to tell, striking a balance between education and accessibility proves difficult. The curatorial team offers tools to smooth the landing for visitors who have never interacted with these artists and their biographies. A reading table splayed with books on all topics of the Americas invites guests to learn more on the spot and a typewriter at another small table further on in the exhibit tests them to try their hand at poetry.

An inhouse exhibition of this magnitude is a pride-inducing accomplishment for Adams. As a UT undergrad she spent her time volunteering in the Blanton’s registrar’s office just to be closer to the collections. Since arriving at the museum as, she says, a “grown-up curator,” she has spearheaded a reinstallation of the Latin American art on permanent display, setting it off in its own galleries instead of interspersing it with the other modern and contemporary art. In this way Adams could introduce parity with the Western art on display and used Brazilian artist Cildo Meireles’ permanent installation “Missao/Missoes [Mission/Missions]” as a fulcrum.

During the same year Adams and her team developed “Words/Matter,” she assisted with a small side project — actually a monumental four-stop international exhibition that opened in Madrid last month entitled “The Avant-garde Networks of Amauta: Argentina, Mexico, and Peru in the 1920s.”

“There are few shows about the 1920s. This show is what the field is not doing,” Adams says.

In collaboration with Natalia Majluf of the Museo de Arte de Lima, “Amauta” considers a single print magazine of the same name that circulated during the rise of the indigenism movement, in which artists dealt with dueling European and indigenous identities.

“These vanguard magazines show us how people communicated and how people shared a space,” she adds.

With all of this art at her fingertips, I asked Adams how she is able to choose a favorite, from her first landmark show or from the collection in general.

She laughs, “I can’t pick a favorite for the same reason I only have one child.”

“Words/Matter: Latin American Art and Language at the Blanton” continues through May 26.

Between being and nothingness: Oscar Muñoz at the Blanton Museum of Art