From Going to a Movie Theater to Visiting a Museum, COVID-19 Transmission Risks Ranked

On a scale of one to ten, a new info-graphic on COVID-19 transmission risk from the Texas Medical Association ranks a visit to a library or museum a four, or low-moderate, while going to a large music event lands in the high-risk category with rank of nine. Seeing a film in movie theater is also considered high-risk.

Mexic-Arte Museum is the only art or history museum currently open.

Just last week, after much public attention, the Texas Medical Association pulled its sponsorship of the Republican Party of Texas’ convention that had been scheduled to take place inside Houston’s Brown Convention Center. The Houston mayor has since cancelled the Republican event citing the city’s critical levels COVID-19 infection. 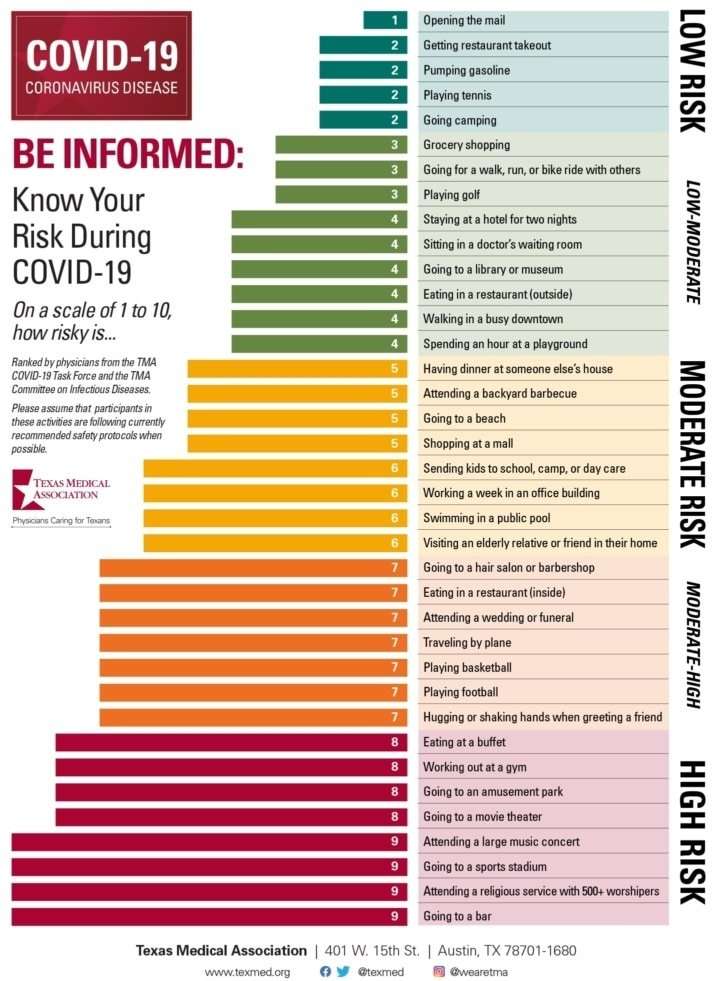