With her debut novel, the Austin-based writer tells a family saga that cuts between political revolution in 1950s Egypt and personal revolution

Dalia Azim’s debut novel, “Country of Origin” (A Strange Object/Deep Vellum), is a fast-paced, multigenerational family saga that takes readers to a city in flames, to the North American West, behind prison walls, and to death’s bedside. The story cuts between political revolution in 1950s Egypt and the personal revolutions of four family members.

Born in Canada, raised in Colorado, Azim lives in Austin where she is manager of special projects at the Blanton Museum of Art. Her work has been published in American Short Fiction, Aperture, Columbia: A Journal of Literature and Art, Glimmer Train (where she received a Short Story Award for New Writers), Other Voices, and The Washington Post. And she has also been a contributing writer to Sightlines.

In anticipation of her novel, out April 12, I caught up with Azim over email.

Thao Votang: In an op-ed for The Washington Post, you call attention to the rarity of the “Middle Eastern or North African” option on demographic surveys and how in the 2020 census, Egypt was an example listed under white. The notion you leave readers with, of hiding in plain sight, is piercing. It made me think of how definitions and histories are written for the benefit of some and the detriment of others. How did this census erasure influence you as you wrote and edited Country of Origin? Did you have to balance historic events you felt you should include in the novel in order to draw attention to them versus what you needed for the story? How did you ultimately decide what or what not to include?

Dalia Azim: When I first started writing, I entirely avoided ascribing any ethnicity to my characters. Maybe this was an outcome of growing up in a society (the U.S.) where Arabs were either invisible (as with the recent census) or hypervisible (because of Islamic terrorists). There seemed to be no middle ground and very little representation of non-violent Arabs in literature  or television or cinema. I wrote for a decade before consciously recognizing that I was avoiding putting my own identity on the page, and then I turned a corner and decided to write a book about my culture and the stories I’d grown up with. The historical events I decided to include in the novel were chosen to define the time period I was writing about — the early years of post-colonialism in Egypt. They were defining moments for Egypt and therefore essential to the world of the novel. Earlier drafts of the book included many, many scenes that ended up being cut. The more I revised, the more obvious it became where I was showing off my historical research versus what was essential to the story.

TV: As an Egyptian-American writer, you’re doing double duty. Plus the duty you might sign up for as someone who identifies as a woman. Plus duties as a person of color working in a predominately white field. Plus duties you become responsible for when raising young people. All of us can go on and on and on, and I think that’s good and important to think of all the things that make us up to figure out why we do things. I’m asking a sprawling question, but looking for that thought that crosses your mind when you first wake up in the morning. Why do you write? What guides you?

DA: I don’t know if it’s because of the reasons you describe, or simply due to my wiring, but my anxiety is at its peak when I first wake up every morning; I’m jealous of people who say they wake up and can’t wait to start the day. I love weekends because I get to ease into the day on my terms — in bed with a book and a cup of coffee. Reading helps me feel connected to a larger world of ideas and reminds me of what I love about writing. When I’m not writing, I feel like I’m ignoring an important part of my well-being, much like I do when I don’t get physical exercise. After 25 years, writing feels like an essential part of my identity — and how I work through the stuff that keeps me up at night. I don’t know who I’d be without it.

TV: Writing can be strange because it’s done alone and then put out in the world after going through many gatekeepers and usually out of time with daily life. Sometimes you know when something will be published, sometimes you get a delayed Google alert, sometimes publishing dates (especially right now) are pushed back. And then it’s finally out there. How do you maintain optimism through it all?

DA: I haven’t always felt optimistic, but I’ve consistently believed in the worth of my work. I read a lot and know that the quality of my writing is at least on par with a lot what gets published, but the road to publication can be tricky and discouraging, and there were many times when I felt (briefly) like giving up on my book. I’d start something new and then be bothered by a nagging sense that I wasn’t truly done with Country of Origin. It also helped that I had a wonderful community of writers in my corner, encouraging me to keep going.

TV: What did the writing of this novel teach you as you worked on it? What lessons or questions will you take into your future novels?

DA: I learned that writing an ambitious multi-generational novel from multiple perspectives is difficult! I don’t think I had the skills to do it when I first started; I had to grow a lot as a writer in order to realize my vision for the book. The new project I’m working on is much simpler in its structure, at least for now, which is a direct response to my struggles with my first book. I didn’t discover the narrative arc for “Country of Origin” until years into the writing process. For a long time I was very focused on character development and world-building, but those elements don’t necessarily add up to a novel. Going forward, I will try to figure out the story first, and go from there. I also aspire to do more outlining, though I’m the type of writer who discovers so much through the process of excavation, rather than mapping out a plot.

TV: Okay, the questions that follow mention things from the book for those who prefer return to this interview after reading the novel.

“Country of Origin” opens with Halah, who is privileged but also caged. The city of Cairo is literally burning in rebellion, and she can only watch from her rooftop. She’s safe, but the reader knows her protection comes at a cost. As she roams her house, one too big for her small family, your depiction of her teen angst is perfection. She’s going through challenges specific to the time and place, but that feeling of having no agency as a child crosses cultures. Later on, Hassan, the brother of Halah’s husband, is thrown into prison. Hassan’s physical world mirrors Halah’s psychological world. How did it come to you that their two storylines would almost answer one another’s questions as the novel went along?

DA: I’m so thrilled by your reading of how these storylines mirror one another. These characters are both trapped by circumstances beyond their control, and they both seek freedom from their pain in different ways. I wish I could say that building these stories to parallel each other was a strictly conscious effort, but their narrative arcs came to me independently. And yet, they belong to the same highly controlled society, so there are certainly related circumstances that shaped them both. 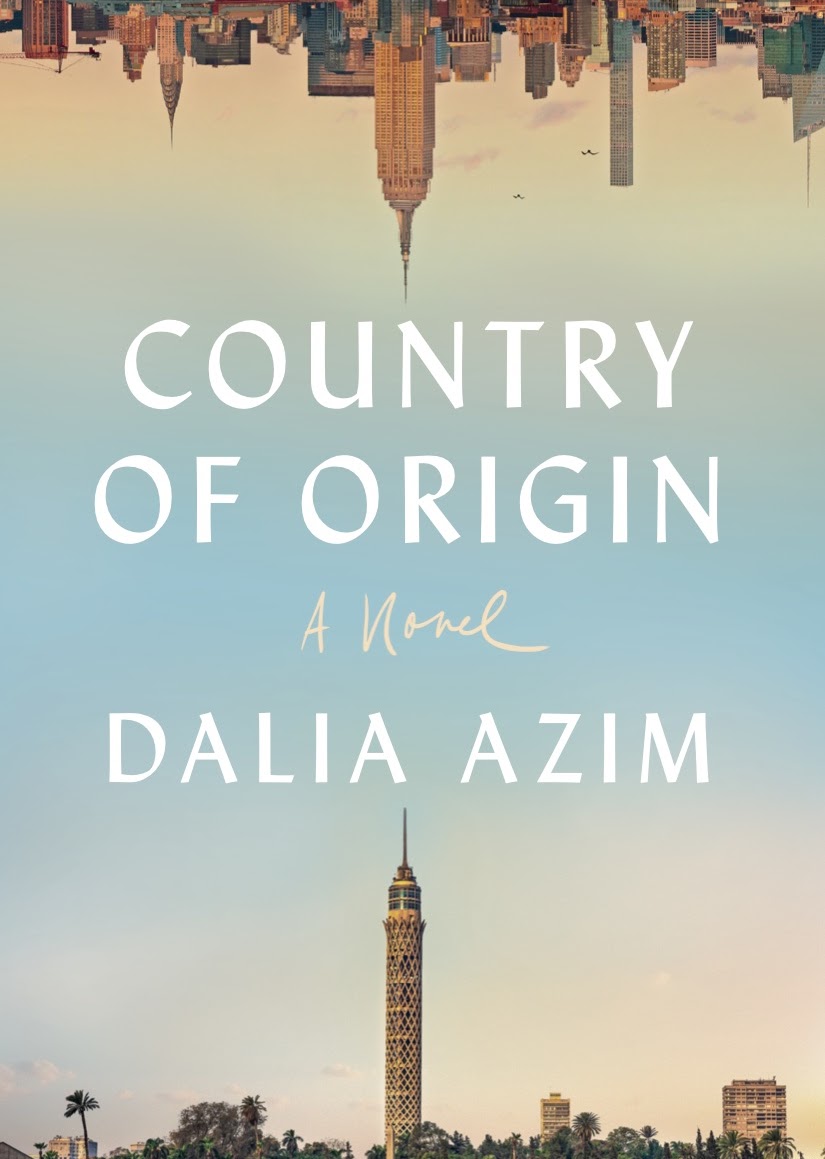 TV: Throughout the novel, all the characters are estranged in some way. From their spouses, from their country, from their own relatives through language, or from their own selves. By moving from character to character as the story unfolded, you also estranged the reader from knowing one more than the others. I really loved how this worked in the novel. It maintained the tension and left me with a lot to think about after finishing, one of my favorite things a book can do. I admire how much trust you put in the reader, and I wanted to know how you ultimately decided on this structure for the novel.

DA: It was many revisions into the process before I hit upon this structure. I spent a long time, way too long, dividing up the novel into short bursts that rotated between the various POVs, wrongly thinking that my reader needed to experience each character’s evolution in parallel. When I decided to make a radical change and approach the book more like a series of novellas, I think it finally worked. This structure allows readers to really be immersed in each storyline without getting bounced around too much. I’m glad you found this approach emotionally satisfying.

TV: I was excited when art and artists made their way into the novel. You have a unique experience, immersed in both the literary and visual art fields. Creating art also takes the novel to Colorado, where you grew up. Can you tell us more about the ecology of the area and why you decided to end the novel there?

DA: I grew up just east of the Rocky Mountains and spent a lot of time enjoying their changeable beauty. Hiking is still one of my favorite activities, and I can probably credit my upbringing in Colorado for that. In terms of why I decided to set the end of the novel there, the final section of the book centers around a site specific artwork located in a remote, unpopulated landscape. I wanted to set it somewhere beyond the borders of the typical art world map, and I’ve always been enamored with destination art connected to the natural world. Anchoring this fictional artwork in the Rockies was a way of paying tribute to the place where I learned to love nature.

TV: What are you reading, listening to, and/or looking at these days?

DA: I’m juggling a few books at the moment: “The Longcut” by Emily Hall (a debut novel by an old friend), “Disorientation” by Ian Willams, “The Five Wounds” by Kirstin Valdez Quade, and “Libertie” by Kaitlyn Greenidge. I’m catching up on the podcasts “Poured Over,” “Dear White Women,” and “POOG.” And I work at an art museum, so I’m always looking at art. Lately I’ve been learning more about the amazing work of Emma Amos, who’s a relatively new discovery for me.

Dalia Azim will give a reading and sign copies “Country of Origin” at 7 p.m. April 19 at BookPeople, 604 N. Lamar Blvd. bookpeople.com/event/event-dalia-azim-country-origin Typeface made me do it

Thirteen ways of looking at the phrase ‘homeless camping’