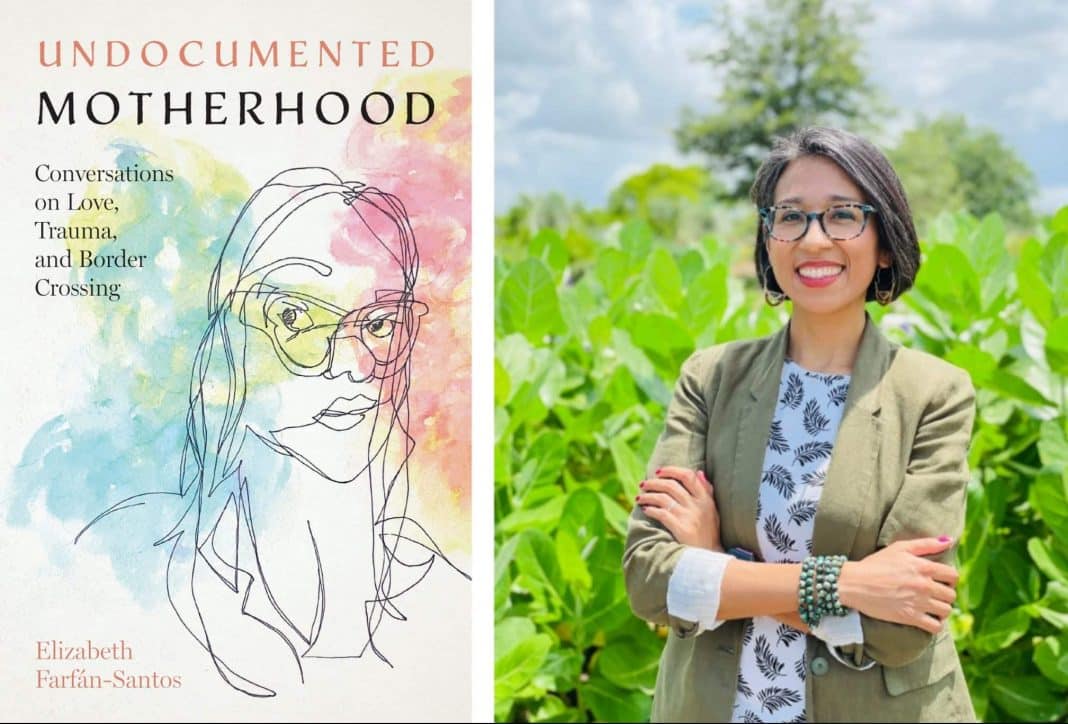 Trauma lives in the body. An experience that seems impossible to vocalize will express itself through physical illness and mental distress.

Elizabeth Farfán-Santos, a medical anthropologist, has studied how unjust policies demand that Mexican women and children carry the heavy burden of migration within their bodies. She illuminates their stories in “Undocumented Motherhood: Conversations on Love, Trauma, and Border Crossing” (UT Press, 2022). Through a polyphonic chorus of testimonios, a fluid dance between Spanish and English, and an expressive collection of contour portraits, Farfán-Santos relays the story of Claudia Garcia, an undocumented mother from Mexico, who fights tooth and nail to advocate for her daughter.

Beginning in 2015, Farfán-Santos spent five years interviewing Claudia in Houston. Like so many, Claudia crossed the border, hoping for a better future for her daughter, Natalie (Nati), who was born with a hearing impairment. Claudia faced two impossible decisions: first to leave behind her home, her family, her community of San Luis Potosí, and second, to leave her daughter, Nati, in the care of a coyote, while they made the dangerous journey across US-Mexico border.

In heartbreaking detail, Claudia tells her migration story up until the moment of being separated from her baby girl, fearful that she might never see her again. She describes the hellish vortex she entered when attempting to cross the border multiple times. First, her body was wedged into roof fairing of a semitruck with another man, the heated metal burning her back. The driver, unaware of their existence, discovered them and abandoned them on the side of the road. After another attempt, she’s put in a detention center, where amidst 60 women there’s barely enough room to sit down let alone sleep. With doorless toilet stalls and cameras in the ceiling dignity and privacy were denied. Served only Spam sandwiches and juices boxes, she lost weight quickly.
Without a single possession, she’s released back into Mexico unable to call her husband or check in on her daughter.

Claudia’s ushered to try again as she’s held in a trailer with 130 people packed inside. In the desert, she’s instructed to run and hide, blending into the landscape by closing her fists around her nails and shutting her eyes to hide their glow. She steps over cadavers and makes it to safety with blistered, bleeding feet, using the last remaining strength in her body in order to reunite with her daughter. Claudia tells Farfán-Santos, “Nobody dreams of becoming an undocumented mother.”

In her beautiful introduction titled “Undocumented Moments,” Farfán-Santos writes that when mothers flee across the US-Mexico border for the sake of protecting their children’s lives it is not seen “as a selfless act of maternal love but… a crime punishable by state-sanctioned family separation and detention.”

As soon as Claudia’s reunited with her daughter and husband in Houston, she immediately gets to work seeking care for her daughter’s disability. After many tries, she is unable to get doctors to perform the surgery Nati needs in order to hear. Ineligible for Medicaid, Claudia and her husband spend “more than $30,000 trying to get Nati cochlear implants” out of pocket.

Farfán-Santos writes, “Several doctors saw Nati and gave them false hope, convinced them to pay for redundant tests and happily took their money, only to turn them away at the very end.”

She adds that for undocumented families, medical marginalization is a form of “legalized theft that happens when health care is ruled by profit.” People without citizenship are preyed upon.

Challenging the false narrative that undocumented families drain the system that American citizens pay into, Farfán-Santos points out “The idea that immigrants are stealing or wasting public resources is unfounded and, frankly, just cheap xenophobia peddled gratuitously by politicians and the media.”

Claudia rarely leaves her house. She picks up her daughter at school, goes to the store, but is afraid to drive too far from home out of fear of being pulled over.

As Farfán-Santos collected research for Undocumented Motherhood, Gov. Greg Abbott signed SB4 into law. Family separation intensified. Farfán-Santos notes that women and children were sent to separate detention centers along the border. Mothers spent years trying to locate their children, if they were reunited at all.

Farfán-Santos writes, “More than ever, women and children are the ones facing the treacherous, militarized US-Mexico border…all are refugees, fleeing violence and economic hardship…these children and their mothers are being traumatized beyond repair, and not enough is being done to stop it.”

Claudia’s voice is the voice of a mother, who always puts her daughter first, above all else, “Primero la niña.” Farfán-Santos writes, “I had to push [her] to talk about her own health.” The process was slow because “I had to give Claudia the time and space to tell me everything that was most important to her, and that was her children. Only after she had the chance to talk about her struggles to find care for Nati was Claudia ready to even approach the subject of her own health.”

There are days when Claudia can’t walk. She’s diagnosed with fibromyalgia. Farfán-Santos finds studies that point to trauma as a potential light switch for the disease.

One of the defining features of Undocumented Motherhood is how lovingly its assembled. While Farfán-Santos struggles with her role as a chronicler of stories, writing “Maybe I should call myself a wound-poker instead of an anthropologist” the care and respect she has for the women she interviews shines through like warm light from a busy kitchen. Farfán-Santos surrounds Claudia’s testimonio with stories from other women—mothers who also have wounds that seem unspeakable. Farfán-Santos’s own mother recounts her painful separation from her children.

In this way, Claudia is never alone. She is surrounded by other women, who share the same goal of protecting their kids because that’s what mothers do.