The etiquette box: The culture of classical music needs redress

It's time for classical music presenters to think outside the box

At Austin’s Central Presbyterian Church for a recital by world-renowned violinist and teacher Miriam Fried, I was immediately struck by a note in the program booklet. On one page of the sparsely written brochure, there was a short list of two pieces to be performed and the name of the artist. On the other page, a box highlighted a list of concert rules  — rules that ran much longer the list of music. The rules section was titled  “Concert Etiquette in a Box.”

The box listed the familiar procedures that everyone who has ever been to a classical concert is aware of on some level. Be quiet. Clap at this point in the music. Don’t clap at that point. Most presenters are a bit more understated in their presentation and don’t necessarily set off a rulebook in boldface type inside of an actual box.

But don’t dare think outside of that box.

To be fair, Fried’s Oct. 22 recital was different than most. It was the inaugural weekend for the Texas Strings Festival, newly evolved and expanded from the Texas Strings Camp which has been run for the past few years by Austin-based violinist Pasha Sabouri. Fried’s concert was more a lecture-recital, presented on the heels of a master class with the artist the previous day. Although there were a handful of people present who had heard about the concert through primarily radio advertisements, the audience was primarily middle and high school-aged students who were bussed in for the occasion. Most were from small underfunded Title 1 schools and it was clear from the students’ collective demeanor that these young people had been prepared for something memorable.

They were an excellent audience: engaged, interested and quiet, but not repressed. The atmosphere was completely appropriate given that we were in fact in a church hearing music by J.S. Bach, the ultimate church musician.

As I listened, I recalled the last time I was at a concert in Central Presbyterian Church, for an official South By Southwest music festival event. Queer singer/songwriter Stephin Merritt, best known as the guiding force behind the band The Magnetic Fields. The two occasions couldn’t be more different.

Merritt’s set, organized in alphabetical order, A to Z, started with a ballad about how the only girl he ever loved was a guy named Andrew, in drag. It was a quintessential only-in-Austin kind of event. Merritt’s deep, rich bass-baritone, decorated with an edge or late night whiskey drinking and cigarette smoking, was accompanied his own ukulele and a cellist as they performed against the backdrop of an alter, and surrounded by floor-to-ceiling stained glass windows. The audience listened with rapt attention.

During Merritt’s concert, I had the feeling that if I spoke out loud, or fidgeted with my phone, I wouldn’t necessarily get marched out by an usher, but that everyone around me would turn and hiss in my general direction. And yet there was no box of rules in the program.  It was strangely exhilarating.

After years of complaining to myself and anyone who would listen about the oppressive nature of classical music concerts — particularly those by symphony orchestras or opera companies — there I sat with just one question on my mind. Why don’t Merritt’s audience need a box of rules? Why wasn’t there an FAQ on the presenter’s website that suggested appropriate attire? (Did you know that just about every symphony orchestra and opera company seems to have such an FAQ on their website?)

Why did I not feel oppressed?

The answer lies somewhere in the satisfaction of being in a room full of people who have all tacitly agreed to come and have the same experience together: to sit and listen, passionately and intently, to that which we may never have the chance to experience again. At Merritt’s concert there was applause and laughter in between every single one of those 26 alphabetical songs. Did you know you weren’t supposed to do that at a classical concert? It’s against the “rules.” It’s outside the box.

“For me, that silence, that awkwardness, represented everything which is off with the culture around classical music.”

In Austin, how to dress for classical concerts — another rule laid out by the prevalent culture — is less of an issue than in some other cities. We’re laid back here and for the most part, people come as they are no matter what the occasion.

If you go to a concert by the Austin Symphony Orchestra, you’ll see a little bit of everything. At this season’s opening night concert, I sat in front of a couple in black-tie, but immediately behind them was a hipster in skinny jeans and a western shirt. I wore whatever I normally wear to concerts these days:  jeans because it’s Austin and a jacket because I’m now a man of a certain age.

The ASO audience clapped at the “right time,” but there was a rather pregnant pause at the end of the night at which point the conductor, Austin Symphony Music Director Peter Bay, quickly turned to the audience and quipped, “That’s it!”

For me, that silence, that awkwardness, represented everything which is off with the culture around classical music. That silence was the sound of repression and worry. And there was a gigantic question that resonated in that moment: Is it OK to clap now?

And, if you are hearing music by Bach in a church performed by an internationally-known soloist who has been performing this music for nearly seven decades, being reverential is OK, not snobby or elitist.

Likewise, some guidelines in the program may be entirely appropriate for a roomful of teenagers new to classical music-going.

But for an auditorium full of adult ticket buyers? Those adults paid good money for that ticket — let them show up and act however they want. They might actually come back. 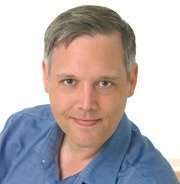 Chris Johnsonhttp://www.kmfa.org/
Chris Johnson hosts Rideshare, the afternoon music program for KMFA, where he is also the station's Music Director. He previously worked for Houston Public Radio where, in addition to hosting a daily music program, he was a regular contributor to the station's daily arts magazine, The Front Row. He's been published in the Houston Chronicle, Indianapolis Star-Tribune, Arts + Culture Texas, and the Journal for the Society for American Music.