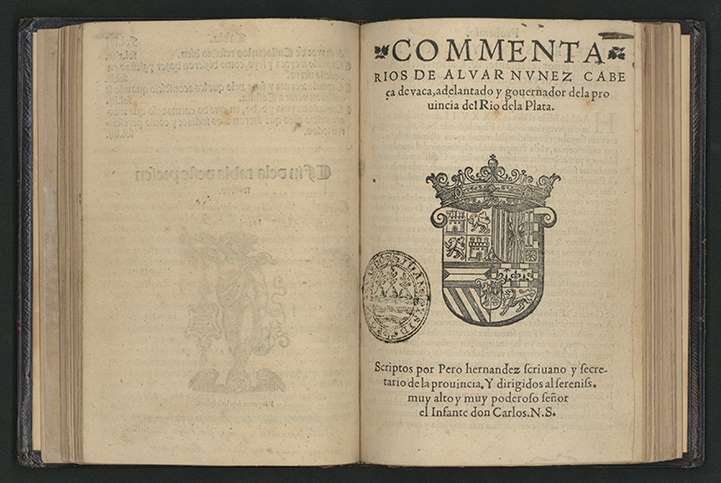 Scholars now recognize “La relación,” first published in 1544, as the first European written work on what is now Texas and the American Southwest.

Back in the internet infancy days of 2003, the Wittliff Collections digitized its 1555 edition of “La relación” and the site remained popular even as the digital resolution of the images became outdated.

The current website, however, uses responsive design and is more user friendly as well as ADA compliant. It uses new technology such as IIIF, International Image Interoperability Framework that provides enhanced image access. It also allows faster delivery and manipulation such as zooming and panning of images.

The website includes page-by-page images of the book with an English translation next to each page.

“We first digitized our copy of La relación and made it available online 15 years ago and it has been by far the most accessed resource in our Southwestern Writers Collection,” said Texas State Associate Vice President and University Librarian Joan Heath. “With the advances in digitization technology and online resources, we felt it was important to use the state-of-the-art technology and digitization experts we have here to redo that work and provide an even better online exhibit for scholars, historians and interested individuals around the world to access.”

A minor noble, Cabeza de Vaca joined a Spanish expedition to the Americas. After nearly being wiped out in Cuba, and subsequently wandering for six months in Florida, the party landed around Galveston in November 1528 where its ships were destroyed and all but a handful of men lost to disease and violence with the indigenous people.

Ultimately, only Cabeza de Vaca and three other men survived: among them was Esteban, an African slave. The foursome headed west and south in hopes of reaching the Spanish Empire’s outpost in Mexico. While their precise route is not clear, they apparently traveled across present-day Texas and perhaps into New Mexico and Arizona and eventually into Mexico’s northern provinces. Along the way, Cabeza de Vaca lived in semi-slavery with the Karankawa Indians for several years. Later he remade himself into a shaman.

Finally, in July 1536, near Culiacán in the present-day Mexican state of Sinaloa, Cabeza de Vaca encountered a group of fellow Spaniards who were on a slave-taking expedition.

Upon returning to Spain, Cabeza de Vaca began writing his story. “La relación” was first published in 1544, becoming a sixteenth-century equivalent of a best seller. In his account, Cabeza de Vaca identifies 23 Native American groups, describing in detail their lifestyle, rituals, and migrations.

The Wittliff Collection’s copy is one of only a handful of extant 1555 Madrid-printed volumes. It was donated to the Texas State University library in 1989 by Bill and Sally Wittliff and an anonymous donor. Among United States libraries that have a 1555 edition of “La relación” are the Southern Methodist University and the University of Texas at Austin.