Where is Here: 100 People of East Austin 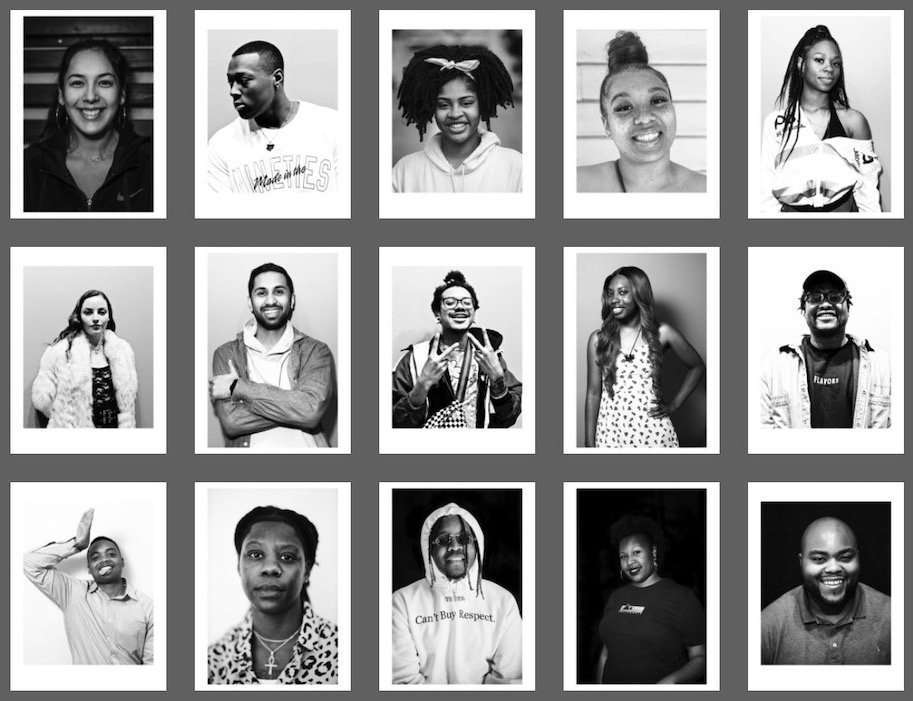 The intersection of East 12th and Chicon streets epitomizes the history of East Austin and gentrification.

State-sanctioned segregation in the 1920s forced Austin’s African American population into a designated district east of the city’s center. The corner at 12th and Chicon nevertheless became a thriving business center of African American life.

By the 1990s, however, the area had declined. Drugs moved in. The younger generations of African Americans left the neighborhood, and businesses shuttered. The Austin Police Department did not intervene until 2012 to quash illegal activity. By that time much of East Austin was feeling the pressures of gentrification, with rapidly rising property values, and a younger, white demographic moving in.

That sparked outrage from the community, who saw the erasure as a transgressive act of gentrification. A series of public meetings — some very heated — resulted in nonprofit Six Square, which supports Austin’s black cultural heritage district, step in to oversee the commission of a new mural by Rogers that was unveiled in 2018.

Phillip Niemeyer opened Northern-Southern Gallery in 2017 in the building next door to Las Cruces. And it was during the mural erasure controversy that he met Keyheira Keys, who at the time was working at Six Square.

“Phillip came up to me and said, ‘How do I not be a part of the problem?’,” Keys recalled recently. He had work to do, she told him; work at getting to know the neighborhood, the other businesses, the people he saw on the street.

“And it’s been really cool to see Phillip do the work,” Keys said. “Then he came to me with an idea for a project.”

“Where is Here” is photographic effort to capture the portraits of 100 people who live, work, grew up, worship in, or frequent historically African American neighborhoods of East Austin. The 100 people represent one of every age, newborn to centenarian.

It took a year and a half dozen photographers to complete the project. And in all, they are actually 112 portraits, from a nine-month old baby to 100-year-old Heartha Glenn.

The exhibition opened at Northern-Southern on Feb. 29.

But the spread of COVID-19 growing, Niemeyer closed the gallery a week later, before the city’s social distancing orders.

“With so many elderly people involved in the project, I couldn’t in good conscious keep it opened,” Niemeyer said.

Keys and Niemeyer served as the project’s curators. Keys worked all kinds of connections to find willing participants: at senior centers and cultural centers; churches that had been in the neighborhood for decades; community organizations.

The photographers — Hector Hernandez, Arius Holifield, Ryan Junell, Montinique Monroe, Bertie Pearson and Tyeschea West — fanned out to various locations to do their work. And Niemeyer held several open studio sessions at the gallery, inviting anyone to come in and have their photo taken.

“We even reached out to people who live out in Pflugerville and Manor, people who maybe had grown up in East Austin, or whose parents did, or those who still come to the neighborhood to attend church,” said Keys.

For photographer Tyeschea West, the portrait sessions were a social exercise as much as an image-making one.

“I’m not originally from Austin, but I knew how important it was to capture and know who was here before all of us,” she said, adding that portrait photography involves getting to know the sitter. “For me it’s more about capturing the essence of a person, the personality more than the physicality.”

At the exhibition’s opening, Keys watched her African American peers see their portraits on the walls of an art gallery.

“We think of art as a luxury, as special,” she said. “And through this project, I wanted black and brown people to feel like they are art.”

The photographs are still on the walls of the now-closed gallery, and and are still featured on the gallery’s website. Niemeyer maintaiins the possibility of keeping the exhibition after the stay-at-home order is lifted. Beyond that, he and Keys are envisioning future iterations of the projects. They hope to add to the personal histories collected during portrait sessions. They’ve also considered creating a short documentary of the project, and it’s possible the exhibition will go on view at the city’s African-American Cultural and Heritage Facility, where Keys is now the program coordinator.

“I think of this as an homage to East Austin past, present and the future,” she said.

Notes and Musings from the Charles Moore Foundation