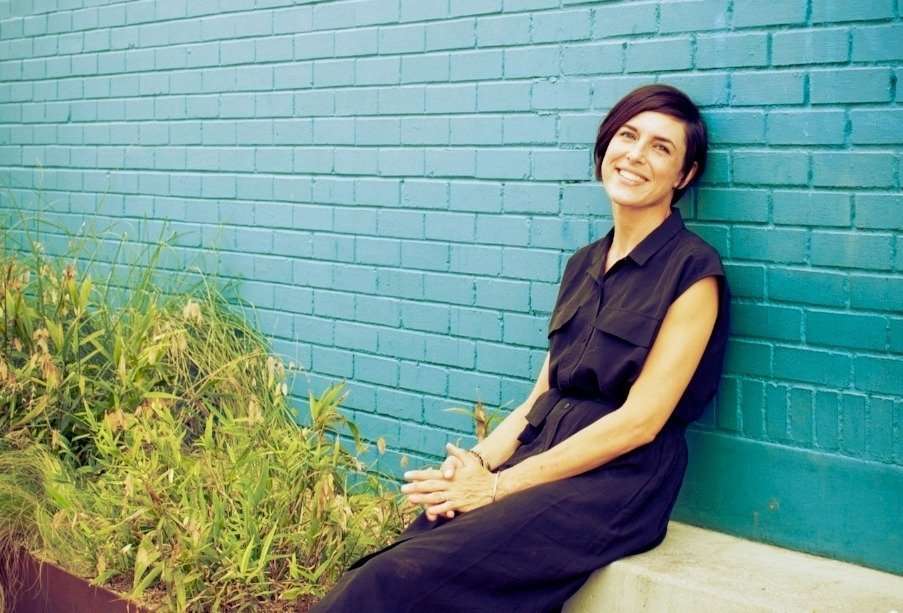 New Mexico native Carrie Fountain has spent the last decade establishing herself as a talent to watch — her debut poetry collection “Burn Lake”(2010) won the National Poetry Series Award, and along with her second collection “Instant Winner” (2014) showcases her distinctive poetic voice, a voice marked by candor, wisdom and subtle humor.

Fountain received her MFA at the Michener Center for Writers at the University of Texas at Austin, where she is now a visiting professor. She is also writer-in-residence at St. Edward’s University in Austin. And this year she became the host of NPR’s “This Is Just To Say”, a radio show and podcast in which Fountain has conversations with poets about their work, and also the poems they love.

Fountain’s recently published debut novel “I’m Not Missing” (2018) has already received its share of accolades, and demonstrates how fluidly her poetic voice translates into prose.

Sightlines caught up with Fountain recently via email and received some thoughtful, engaging responses:

Sightlines: A lot of your poetry is autobiographical — it touches on universal themes, but it also seems tied to very specific, individual experiences. I’ve read that you’re influenced by Jane Kenyon. Would you say anyone else has influenced you, and if so, who?
Carrie Fountain: Like any writer, I have loads of influences. I’m made of influences. We’re all writing in a tradition, even if we don’t realize it, and even when we’re writing against it. What I love about Jane Kenyon’s poems, as I do the poems of Emily Dickinson, is the deep trust they place in the reader to gather meaning purely from image and to find strong, vibrant resonances within small gestures. This makes Kenyon a great poet to teach. Young poets — and some of us old ones, too! — need to learn to trust their reader to do some of a certain kind of work in a poem, especially at the end, where the temptation is so great to point with a giant foam finger to the meaning or emotion we want our reader to feel. I was lucky to study with the poet Marie Howe, who taught me this and many other principles about poetry writing. She’s been a tremendous influence on my writing and a great force in my life, as well. There are too many others to name.

S: “I’m Not Missing” is your first novel. Was fiction something you always wanted to write, in addition to poetry? Do you consider yourself a poet first? How does the experience of writing poetry differ from writing fiction for you? Are you trying to accomplish similar goals with this book and your poetry?

CF: I don’t know that I’ve ever set out to accomplish any goals in my writing. Honestly, I think for many of us writing is a journey into the dark, fumbling through discoveries and disasters and insights and long periods of boredom and loathing. I have always wanted to write a novel, which now seems strange because novels and poems have virtually nothing in common. The process, the tools, the outcome — they’re entirely different. Now that I’ve written a novel, I can say with confidence that I had to start all over and teach myself how to do it. It was as foreign to me as, say, teaching a class on the Civil War or fixing a car engine would’ve been. I consider it a great turn of luck that once I’d begun writing the novel I found it interesting. There are plenty of writing projects — whole disciplines of writing — that I’ve attempted and discarded because, in the end, I don’t (yet, perhaps) have the interest it’d take to actually learn how to do it, let alone how to do it well. When I started writing seriously, in college, I wrote both fiction and poetry. I think I identify strongly as a poet, but there is room in my heart and self for many other things, fiction already included.

S: Why a YA novel? I’m curious as to whether the genre holds a special attraction for you.
CF: I couldn’t say why, but I’ve always only wanted (thus far) to write literary fiction for teenagers (that non-teenagers will also love, hopefully). That’s what I continue to wish for my novel, “I’m Not Missing.” I write for an audience I assume to be comprised mostly of young women. That’s my tribe. And they’re a discerning audience, keen and critical. Young women have forever been the arbiters of what’s good in the culture at large. They made The Beatles, for example. They chose The Beatles, and The Beatles rose to legendary status on the shoulders of the young women who’d loved them first.

I think a lot about the way people view the genre called YA. Coming from the world of poetry, often thought of as the highest literary art form, intellectual to a degree many find off-putting, I’ve encountered plenty of people who carry a great bias against YA and consider it a lesser genre of fiction. I’m not shocked, but it’s frustrating nonetheless. Our culture dismisses the intellect and intelligence of young women, especially in their roles as consumers and critics of art. Sometimes I wonder what the literary landscape would be like if the genre of YA was banished and the publishing industry had to find places for books written for young adults among books written for, as I have come to call us, old adults. Honestly, I don’t think it’d be that hard. Many genre designations are useful — science-fiction is a good example of one — but the more I experience the world as a YA novelist and as a reader of YA, the more I wonder about the use of calling it YA.

S: Can we expect to see more fiction from you?
CF: Yes! I hope to have a readable draft of a second novel finished this year. It’s called “The Boy.” This one is set in Santa Fe and is about what happens to a girl whose world is turned upside down when one of the most celebrated writers in the world (author of a celebrated book called “The Boy”) starts frequenting the bookstore where she works.

S: You’re married to a writer (playwright Kirk Lynn) and have two young children. How do either of you ever get any writing done? Do you have a writing routine?
CF: Kirk and I both try to keep a writing routine. Mine has been thrown off by the publication of my novel and a summer in New Mexico with my children. I’ve gone a long time without writing. But the good thing about having been writing for a very long time is you come to know that stretches of time without writing don’t necessarily mean you’ll never write again. Typically, I like to wake very early and write poetry, then switch to fiction after my children leave for school and Kirk leaves for work. It is hard to return to the routine after being away, but I’ll be back at it very soon. S: What brought you to Austin? What do you like about it, and what drives you crazy?
CF: I came to Austin to study at the Michener Center, where I met my husband, Kirk. He has a theater company (the Rude Mechs) based here in Austin, so we’ve stayed here. What I love about Austin is the vibrant arts community, and the way so many of the arts programs are geared toward children and teens. I love my kids’ school, Lee Elementary. I love Windsor Park, a neighborhood we’ve lived in for eleven years.

The mosquitos, the heat, the traffic, the tearing down of all good things on the East side in order to satiate the beast of gentrification, and the allergies. These all drive me crazy. I’m sure I am not alone in this.

S:What’s next?
CF: Along with the novel I mentioned above, I’m putting together a third collection of poems and writing a book for older children. Also, we just adopted two kittens from the Austin Humane Society and the great what’s next in our household always seems to be kitten-related.