The first social network? Actually, it was postcards

In an engaging new book, Lydia Pyne traces the history of postcards and how they became the world's first social network

When historian and author Lydia Pyne began work on her book “Postcards: The Rise and Fall of the World’s First Social Network,” (Reaktion Press, 2021) her relatives began giving her family postcard collections

Her mother sent a box with hundreds of cards Pyne’s great-grandfather had received between 1905 and 1920, the so-called ‘golden age of postcards.’ That box proved a time capsule of postcard types, printing methods, and styles. Other relatives followed suit, and Pyne is now her family’s postcard archivist.

Those vintage postcards became key to her wider scholarly research.

“Postcards are personal and always have been,” Pyne told me over coffee recently.

Rich with color images, Pyne’s smartly articulated and fascinating book traces the history of postal cards and how they became a critical means of connecting people with each other and also with places and ideas. Deceptively simple objects, postcards left an indelible and intricate mark on the history of human communication — part of the first worldwide social network. And the short, image-based, ephemeral messages of social media are their digital descendants.

“I was interested in understanding postcards as a social technology,” Pyne said.  “We have the same behaviors with social media that we did with postcards. We want personal connection.”

Today, social scientists parse out the performative aspects of social media — how we document what we eat, what we do, where we travel, and present it to others in a bid for our own self-authentication, and to be validated for others.

But the social network of postcards amplified that behavior. 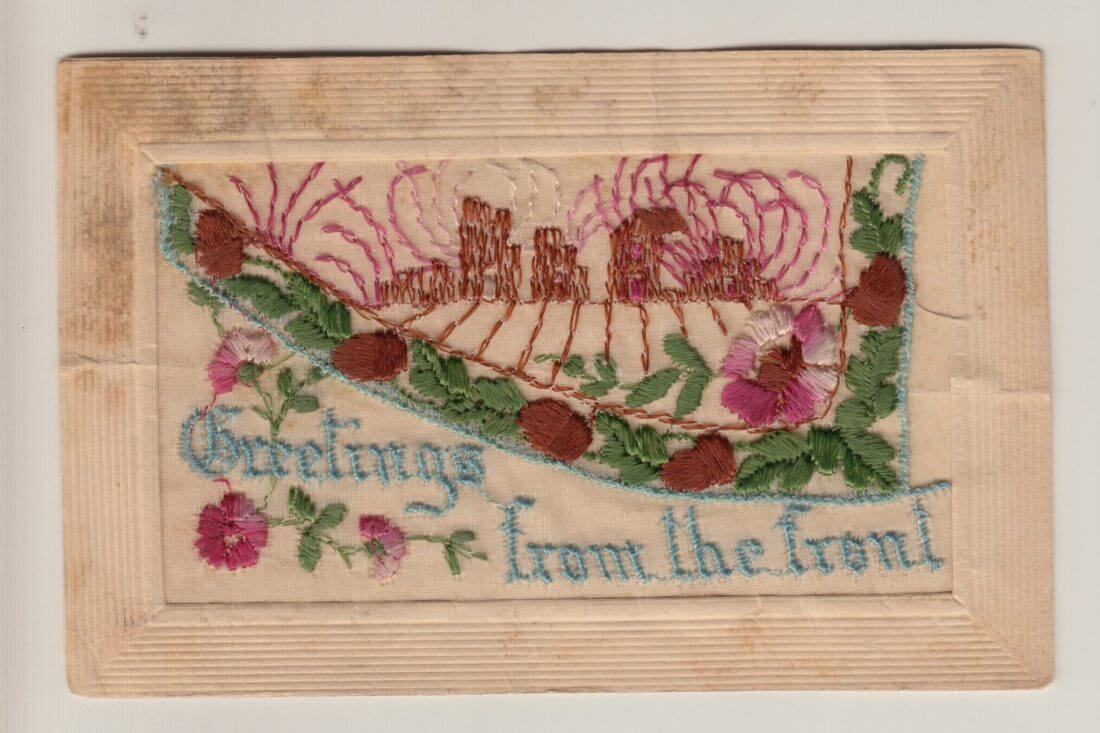 With degrees in history and anthropology, and a PhD in the history and philosophy of science, the Austin-based Pyne is a visiting researcher at the University of Texas’ Institute for Historical Studies. She is most interested in material culture — the physical objects we make and use, how they shape our social and economic relationships, how they influence our behaviors.

Her postcard curiosity was piqued while she was at the New York Public Library researching her book “Bookshelf” (Bloomsbury Academic, 2016), which examined how bookshelves reveal the ways we acquire, display and categorize knowledge. Pyne stopped by the library’s vast postcard collection which numbers in the millions.

Postcards proved immediately popular when they emerged in the middle of the 19th-century. And between 1900 and 1920 — that golden age — a mind-boggling 200 billion cards were in global circulation.

Rather than present a lineal history, Pyne organizes her engaging enquiry thematically, returning in charming fashion to her family postcard collections as an intimate touchstone to understand how these small pieces of mail describe our desire for connection.

Along the way, she illuminates some important yet overlooked nuggets of history. For example in 1909 the United States Post Office was $17 million in the red (almost $500 million in today’s dollars). But only two years later the Post Office reported a healthy surplus. 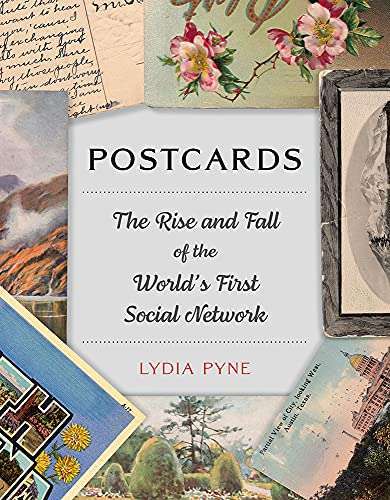 Between 1909 and 1911, as new printing technologies improved mass production, rural mail delivery was streamlined, and the post office introduced a postcard rate stamp, the number of postcards Americans sent doubled.

Postcards were political propaganda, too, and Pyne illuminates how early 20th century movements such as women’s suffrage effectively mobilized them for their cause.

In the charmingly titled chapter “Postcards From Countries That No Longer Exist” Pyne points out how, thanks to the global geopolitical turmoil in the decades before and after the turn of the 20th century, there was no shortage of newly made countries eager to leverage postcards as nation-building propaganda.

The history of modern printing and image reproduction technology is traced through postcards, and Pyne zeroes in on Curt Teich & Co., the enterprise that created the iconic color photo-based linen texture cards, the most recognizable genre of American postcards. For decades Teich’s “Greetings From” series with large block letters spelling the name of a city or town defined the American postcard aesthetic. They still do.

Postcards are inextricably linked to travel, and it’s fascinating to follow along as Pyne explores myriad iterations of “wish you were here,” and how people used postcards to authenticate their experiences.

Yet the most charming moments are when Pyne circles back to her own personal involvement with postcards, and an abundance of the book’s 99 color images are from her collection.

Pyne mines her family collection, scrutinizing messages and images for clues, parsing a picture of her ancestor’s lives. She digs up postcards related to her great-great grandfather’s business ventures in Monterrey, Mexico at the turn of the 20th century — images of factories and the city, or idyllic places like Topo Chico springs.

In order to better understand the nature of communication by postal card, Pyne took up the practice of sending postcards to family and friends. And to intrigue her recipients, she sources vintage postcards. She buys pristine Curt Teichs on eBay where she also looks for ones from Timbuktu.

And then a funny thing began to happen as family and friends received Pyne’s postcards: They posted pictures of them to Instagram and Twitter. The analog original of the world’s first social network in a digital afterlife.

Pyne’s forthcoming book, “Endings: Fables For the Anthropocene” will be published by University of Minnesota Press this fall. And she is also starting a project on the use of ochre.

She’s still sending a weekly postcard to her sister’s children and to her grandmother, her conscious effort to practice slow communication.

“Postcards are still relevant,” Pyne says. “And now we have fresh new ways to think about them.”