The Breath of a Poet: Barry Goldensohn

A trip to Austin, a diagnosis, new poems for a ninth volume, and 'the inevitable retrospective of aging' 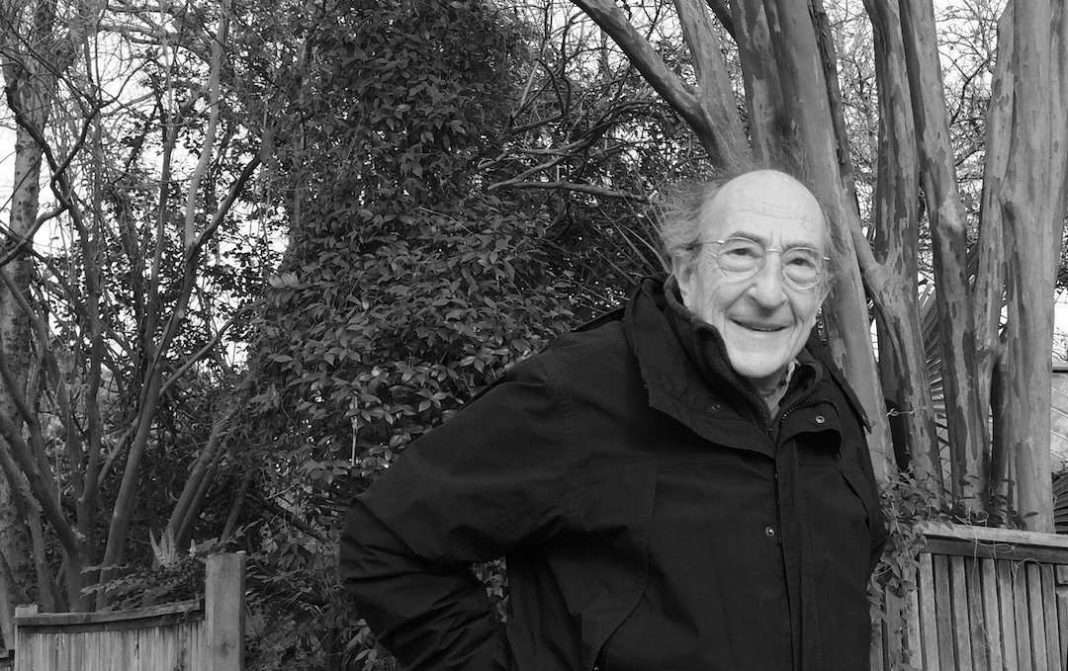 Barry Goldensohn likes black coffee and good babka, which is why we meet at Breads Bakery on New York’s Upper West Side. At 82, the Brooklyn native turned Vermont resident (just like the candidate he’s supporting for president) is back in the city, avoiding winter way up north while staying close to his doctors. Memorial Sloan Kettering, he half jokes, has become the mothership.

“It started out as bronchitis,” Goldensohn says, recalling his trip to Austin in late 2015 with his wife Lorrie, a poet and scholar and his partner of 60-plus years. They were visiting Barry’s younger sister, dance icon Deborah Hay, who has lived in town since the 1970s. The Goldensohns had grown quite fond of their Texas trips over the years, a stopping point as they drove cross country to California every other winter. “Good bookstore, good company, and good outdoor swimming — what more does one need?”

It was New Year’s Eve and Austin outpatient facilities had closed early; Goldensohn planned to get a chest X-ray once they reached California. But while en route through Santa Fe, his bronchitis worsened: at 8,000 feet, Barry could barely breathe. He and his wife quickly got back on the road, driving due south on I-10, toward southern California to avoid the altitude.

There’s fluid between your diaphragm and lungs his doctor in Berkeley explained. It’s called a pleural effusion.

“Pleural effusion sounds like a mutual orgasm,” he tells me, taking a bite of his pastry. His lyrical voice betrays his boyhood wilds in Brooklyn, and seems more suitable for NPR’s Selected Shorts. Once they drained the fluid and ordered a CT Scan, a lung cancer diagnosis followed swiftly. Goldensohn was given six months to live — a year with chemo —though he would be sick the whole time. He phoned a friend back East, a former head at NIH, who made some calls. A cytology test revealed that his type of cancer cells made him eligible for a clinical trial which was about to start at Memorial Sloan Kettering in New York City. He was weeks away from undergoing his first round of chemotherapy; had he done so, Goldensohn would have been disqualified from the study.

That was four years ago, and Barry is eating babka before me at Breads on the Upper West Side. He is also busy working on his ninth volume of poetry. 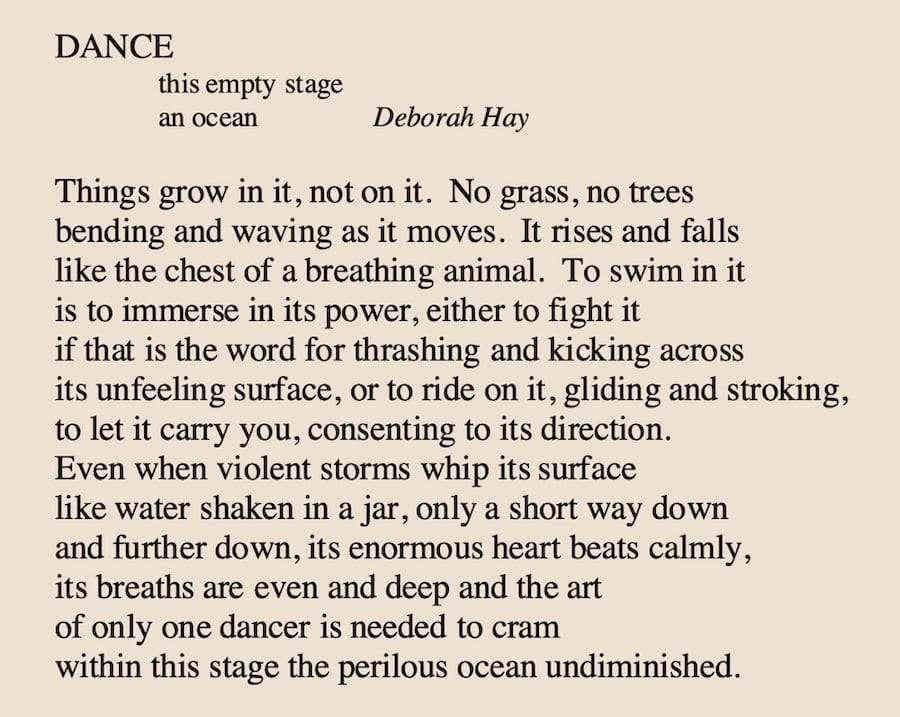 Goldensohn grew up in Midwood, a Brooklyn neighborhood closer to the ocean than Manhattan. His father was an educator in the city school system and his mother was a dance teacher; both he and his sister Deborah took tap and ballet lessons from her.

“Deborah stuck with it — I moved to stickball,” he laughs.

At 16 Barry went to Oberlin, and met his wife Lorrie, a year older than he, on the train out to Ohio (they didn’t start dating until junior year). Though Barry majored in philosophy (drawn to its “moral righteousness,” he says) he eventually pursued a master’s in English. It was the 1950s, and colleges and universities were looking for fresh meat to teach freshman literature to the tsunami of students filling post-war college classrooms.

Over the years, Goldensohn taught at Goddard College, Hampshire College, the Iowa Writers’ Workshop, and finally at Skidmore College in Saratoga Springs, New York. His wife Lorrie taught at Vassar farther downstate, where she lived for part of the week. The couple retired in the early 2000s, maintaining their ties to academia while continuing to research, write, and publish, retreating six months each year to their home in Cabot, Vermont, a farm-quilted community of poets and writers just steps from the state’s idyllic Northeast Kingdom.

Vermont has miles of class 4 roads, unmaintained by municipalities and un-maneuverable during winter, until the mud clears in May. The Goldensohns live on such a road, making their home a summer home by default, complete with a sprawling yet secluded pond. Come November, they must pack up and leave, heading first to family in the New York Area, before either driving west or flying east, depending on whether it’s an odd or even year. For almost 20 years, he and Lorrie have alternated their off-seasons either across the Atlantic or overlooking the Pacific.

“I can’t take my winters in Paris or London anymore,” Goldensohn laments. With good friends in either direction, they would take full advantage of the cultural and culinary delights of each city while continuing to work and write. For now, shorter trips abroad and a sublet near Central Park will have to suffice: Barry prefers staying close to the mothership.

When I ask if his most recent poems contain a certain theme, Barry pauses before answering: “Only that they’re written by a guy in his 70s and 80s.”

He has been working on this ninth volume since 2015 — the natural thing to do after publishing one’s eighth volume. (Fomite Press in Burlington, Vermont is his publisher.) The book’s current working title, “Visitors,” is based on a multi-part piece of the same name.

“That poem really covers a lot of ground,” he tells me. “Many of its characters are me coming to terms with the alienness or otherness of literary influences, and writers I love. Coming to terms with Catholic Dante and anti-Semitic Pound and also ‘Walden.’ I reread ‘Walden’ and was shocked by how much of my earlier version of myself I did not much like. The self-righteousness and the particular issues around moral purity.”

Unlike the crisp and concise nature of many of his recent poems, “Visitors” could easily fill three or four pages, each section offering various archetypes, their identities layered in opacity.

“These references are pretty private,” says Goldensohn. What becomes most striking is the line, “I knew the rites for welcoming strangers,” a repetition which marches onward with dutiful, if not biblical, heaviness by the poem’s end.

“Not another poem about death,” he recalls The Yale Review bemoaning when they recently requested some new pieces. Goldensohn and I have a good laugh about this quip before he quiets down, adding, “the three they ended up taking were about death.”

There were 79 steps up to their house in the Berkeley hills, a gorgeous sublet with a “three bridge view” of the San Francisco Bay Area. It was Winter 2016: two months since the bronchitis in Austin which ultimately led to his diagnosis. Barry was still waiting to learn if he would be eligible for the immunotherapy drug trial at Memorial Sloan Kettering, staving off chemo as a last resort, and wondering how much time he had left, now that he was a third of the way into his six-month prognosis.

Despite this surreal Purgatorio, Goldensohn kept to his usual routine, retrieving the New York Times from the foot of the hill each day, and working his way back up the steps, resting along the way on well-placed benches, reading the paper, catching his breath.

“When I started immunotherapy at Sloan that spring, the doctors were so optimistic I wouldn’t be dead in a month, I started to slowly unwind from expecting to die,” he says, his eyes twinkling. “And it’s been uphill from there.”

After successfully participating in Memorial Sloan Kettering’s two-drug trial for two years, Barry was deemed the poster child for immunotherapy by his doctors. Today he continues to take only one of the two medications originally administered during the study, a drug traditionally used to treat melanoma.

I ask Goldensohn how was it returning to Austin last year, given it was the city where this all started.

“It was not on my mind,” he insists. “I didn’t associate the affliction with Austin, I associated it smoking two to three packs a day for 35 years. I remember reading once that there are two diseases where people blame themselves for having it: AIDS and lung cancer.”

“I was 50 when I finally quit,” Barry tells me. “After 30 years of not smoking, doing solid swims every morning, staying fit, thinking that every cell in my body was new, I assumed I was clear.”

When I ask what it was like to be given a six-month death sentence (as he puts it), to receive that most uninvited visitor, he almost buoyantly responds that death is simply joining the majority. “I watched my father die well.”

Goldensohn’s 2014 collection, “The Hundred Yard Dash Man,” is dedicated to his father, a “10-second man” who held the record at City College (CCNY) in his day. Its opening poem is of the same title.

Earlier this year Goldensohn learned that the clinical trial which had saved him had been discontinued. While listening to NPR’s Marketplace one evening, he discovered that Bristol-Myers stock had gone down after withdrawing their advanced lung cancer treatment from a request for FDA approval.

“I wrote to my doctor and asked him, ‘am I statistically insignificant?’ To which he wrote back, ‘you’re an Aberrent with a capital A.’”

His wife has just arrived, interjecting with a round sugar bun donned with a dollop of caramel. “It’s a breast!” Barry exclaims. His poetic assessment is correct, and I can see only that now that he’s deemed it. Lorrie takes her husband’s Swiss Army Knife and goes to task cutting it in thirds. Don’t cut yourself, he tells her, it’s very sharp, as I’ve learned.

As we each claim our slice of the sugar bun, I express to Barry how I struck I am that he has since returned to both Austin and Berkeley since his terrible diagnosis, and yet he is the one still with us while many of his contemporaries from that difficult time are not. In the past few years alone, death and dementia have diminished the Goldensohns’ close circle of lifelong friends: “I can’t say I’m terrified by my own death because it is so real to me.”

Breads is getting more crowded as lunchtime approaches, and despite the 18-degree weather there’s a line out the door. Sensing it’s time to give up our seats, I ask Lorrie if she sees a certain theme in Barry’s recent poems.

“There’s a tension between the perpetual delight of the sensual, and the inevitable retrospective of aging,” she says while gathering up our used napkins.

“Well put,” says Barry. “She’s a good critic; she even sees her husband. What a terrifying thought!”

All poems © Barry Goldensohn. With the exception of ‘The Hundred Yard Dash Man,’ the poems featured in this article will be included in Goldensohn’s forthcoming volume to be published by Fomite Press.