Study: Austin loses one-third of its creative sector jobs to the pandemic

A related index finds that spending on arts, entertainment and recreation by Austin consumers had decreased 33.7%

A new study from the Brookings Institute estimates that the impact of the COVID-19 pandemic has resulted in the loss 32.6% of Austin’s creative sector jobs between April 1 and July 31.

The study, “Lost Art: Measuring COVID-19’s devastating impact on America’s creative economy,” estimated that nationwide there was a loss of 2.7 million or almost one-third of all creative sector jobs.

The authors based their conclusions on data concerning creative-economy industries and occupations from the Bureau of Labor Statistics, the Bureau of Economic Analysis, and the Census Bureau, as well as others data sets. 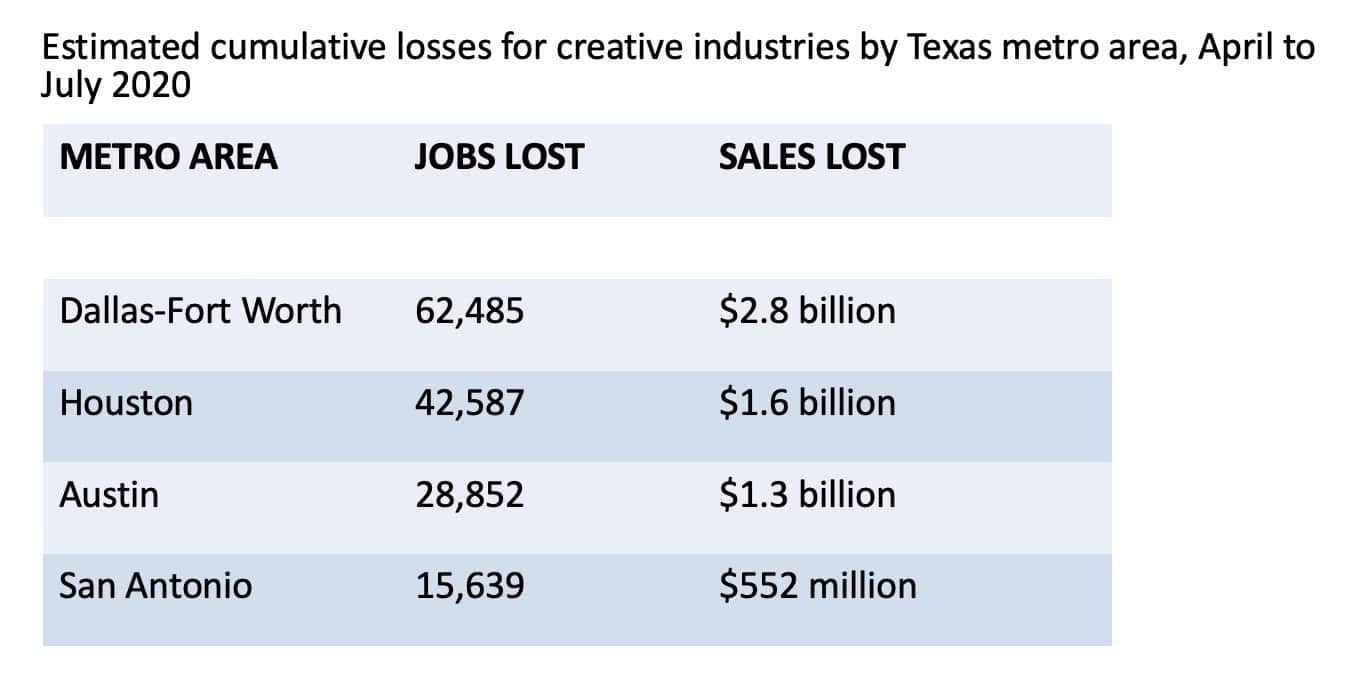 According to a related economic index, the Opportunity Insights’ Economic Tracker, as of Aug. 16 spending on arts, entertainment and recreation by Austin consumers had decreased by 33.7% compared to January 2020. In Texas, the decrease in arts/entertainment spending in the same period was down 46.9%, and nationwide it was down 53.1%.

Consumer spending in Austin has fluctuated after plummeting in early March, hitting a low point of -79.8% on April 30. 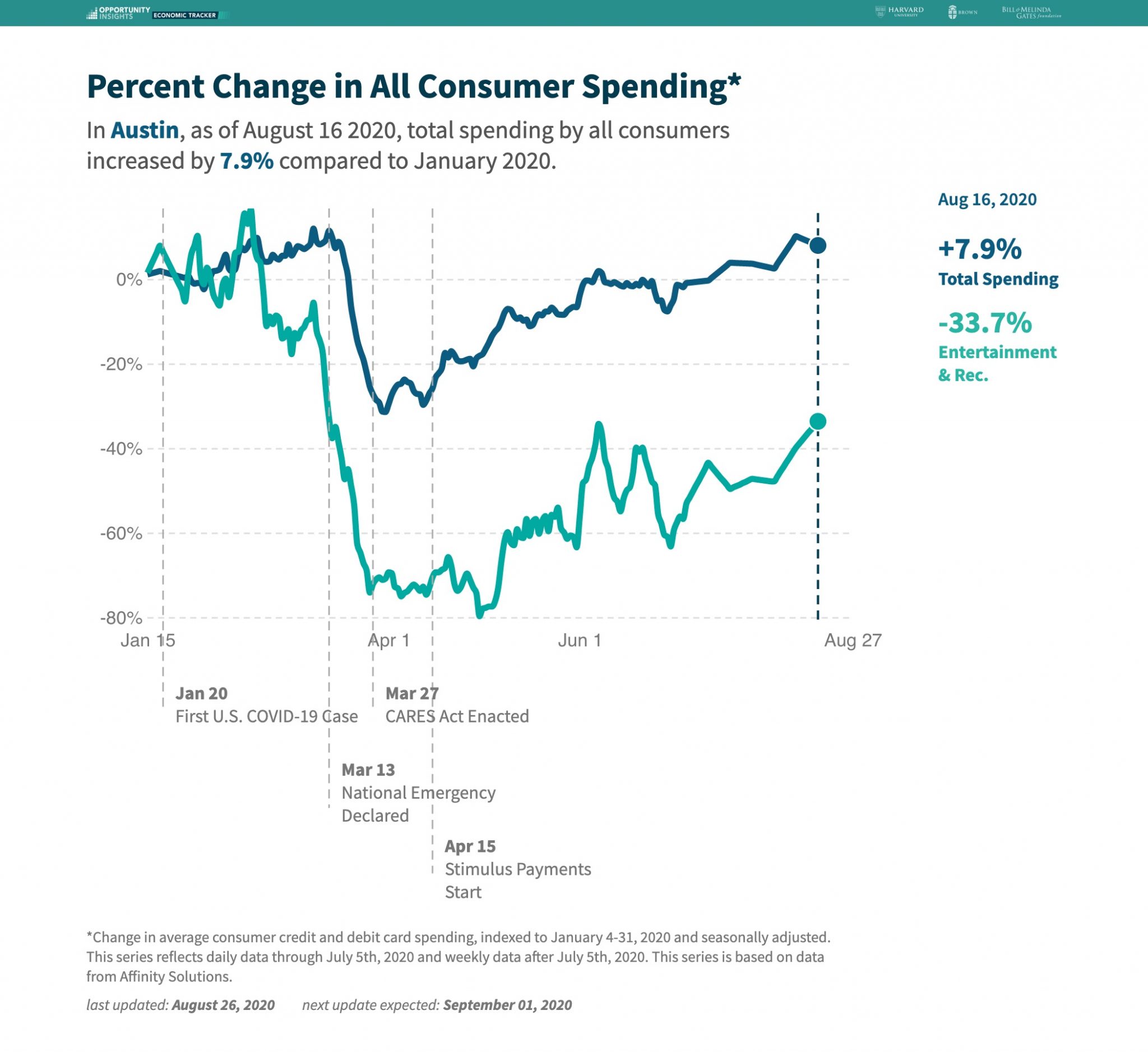 With the preponderance of arts jobs in Austin contract, freelance or otherwise part of the gig economy, the Brookings Institute conclusions are difficult to corroborate.

However just this week advocacy group Live Events Coalition Texas staged an “Empty Event” on the terrace of the Long Center for the Performing Arts to bring attention to the live event industry’s hardships during the coronavirus pandemic. Similar events have been staged in Dallas, Philadelphia and Washington.

Several of Austin’s major arts organizations, who have the greatest ranks of full-time positions, report a mix

Within a few weeks after the city shut down in March, Zach Theatre very publicly announced that it had laid off 75% of its staff or about 200 positions. At Texas Performing Arts, the University of Texas performance presenter that hosts Broadway shows at the Bass Concert Hall, a representative said about 10% of full-time positions had been lost. Ballet Austin, however, has yet to lay-off employees, a spokeswoman said, and will keep all of its dancers on contract for the upcoming season.

A representative for UT’s Ransom Center said the humanities archive has not eliminated any jobs though its galleries and reading room remain closed to the public. A spokesperson for the Blanton Museum of Art, said one position had been laid off after the museum had to indefinitely suspended its venue rental program because of COVID-19 restrictions. At the Contemporary Austin, a spokeswoman said that some positions had been furloughed, though not laid off, and that some positions had salary reductions.

An urban studies theorist, Brookings report co-author Richard Florida famously used Austin as an example of his concept of how a creative class sparks economic development by attracting innovators and entrepreneurs. In the early 2000’s, Florida created a “Bohemia Index” which was based on, among other things, the number of young people and the quality of nightlife, in order to calculate the creative classes’s effect on urban economic growth.

However in 2017, Florida walked his ideas back, admitting that the resulting economic growth in cities like Austin and San Francisco only benefitted the already-rich, and displaced the poor and working classes.