Seeking meaning or merely memory: ‘Is That All There Is?’ 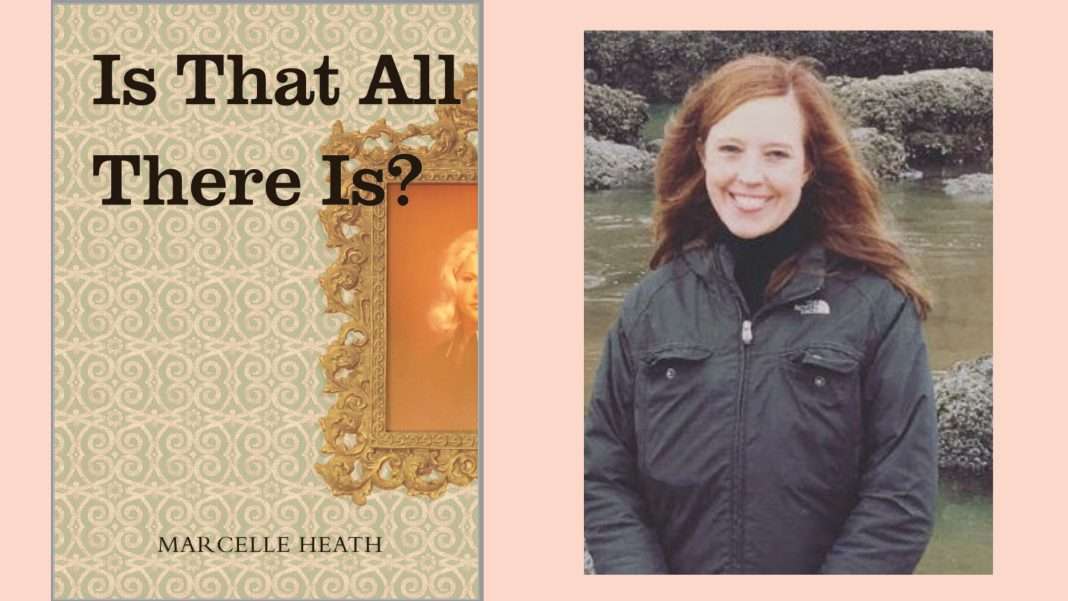 Austin’s Awst Press, named with an old Welsh word for the dread month of August in this hot town, has published an anniversary post on its site each year since 2014.

In anniversary post #7, from 2021, they noted drily that “small presses don’t necessarily have a reputation for their longevity, so we’re grateful to have made it this far.” Eight years in, editor Tatiana Ryckman, publisher Wendy M. Walker, and their small team have published a slate of 26 authors notable for diversity of form and genre as well as identity. Several more titles, all by women authors, are planned for release between now and August 2023, when we’ll hope to see the press celebrate anniversary #9.

Awst’s most recent book is a debut collection of linked short fiction by Marcelle Heath, “Is That All There Is?” Most readers are probably acquainted with Peggy Lee’s iconic 1969 recording of the song from which the book takes its title. The song itself is a story, recounting a series of events with potential significance — a fire, a circus, a breakup — that don’t, ultimately, feel meaningful to the narrator.

However, the song isn’t even the first iteration of this narrative, which began life in an 1898 short story by Thomas Mann called “Disillusionment.” Mann’s story, which contains the same sequence of events, inspired songwriters Jerry Leiber and Mike Stoller when they read it in the late 1960s. Heath’s collection, then, is a third step in an associative series that more wildly elaborates its answers to the central question.

On the cover of Heath’s collection, half of Peggy Lee’s face shines out at the reader from a gilded frame that hovers at the edge of the picture plane, giving us the side eye from a backdrop of ornate wallpaper where pairs of curlicues infinitely converge and reflect themselves in a busy tessellation. The characters in Heath’s stories have a similar relationship to one another, each appearing as one half of various dyads: friendships, romantic pairs, brothers, sisters, and strangers whose lives collide.

Heath’s narration takes some getting used to; in each storyline, the spotlight moves so fluidly from one protagonist to the next that their identities become intermingled, an unmooring that feels entirely intentional. In “A Country Bereft of Deer,” one of the first long stories in the collection, Phyllis, an aging psychotherapist, asserts that “all patients were liars. Their stories were like watercolor pastels, bleeding into one another.” This impression mirrors the reader’s experience.

Recurring characters become anchors; a painter named Mary Jane King, to name one example, is a protagonist in one story, “Mr. Putnam’s Sitting,” but a supporting character in others. In “Favorite,” Mary Jane (known in this context as Mrs. King), paints a portrait of a teen boy named Henry and eventually helps him run away from home. When Henry returns, the narrator tells us he “sat smoking with his likeness kneeling above him. It was Mrs. King’s portrait, which had arrived that afternoon.”  Intersections of people – even, in this case, the same person and his likeness – feel coincidental here. Nothing, it seems, is meant to be, except by virtue of our entanglement in webs of associations, distorted mirrors that assail us around every corner.

Characters in Heath’s collection often wonder audibly whether there is, in fact, something of significance just out of reach in their lives. Some who are infirm due to age or illness, especially, seek meaning desperately, even at the risk of violence and dispossession. But unlike Mann’s story or Leiber and Stoller’s song, Heath’s collection builds to a conclusion that reaches beyond disillusionment.

In the last story, “The Reader,” a sinister organization known as Vade Mecum schedules appointments between “Readers” and “Listeners” – and after these appointments, those involved have a habit of turning up dead. (Strangely, in these sessions, the “Reader” is the one voicing the text, while the “Listener” is the one receiving it – a vertiginous arrangement for the “reader” who is actually holding the book.)

One of Heath’s most memorable dyads, a Reader named Isobel and a Listener named Joan, see each other by chance on the subway after their appointment. Isobel recalls how Joan “had listened in much the same way as she was listening to the passenger sitting next to her, leaning forward with her arms tucked between her legs.” At the same moment, Joan “wasn’t really listening; she was trying to meet the reader’s eye, but the reader wouldn’t look at her.” Nearly in meaningful contact, Joan and Isobel encapsulate the troubled attempts to communicate that Heath so deftly chronicles throughout the collection.

In the book’s final moments, Joan and Isobel race past Vade Mecum security to conduct an unsanctioned second listening session in which it seems that everything is at stake, one last wild attempt at meaning. As they dash into a conference room and lock the door, the small-r reader — the one outside of the book — finds herself somewhere past nihilism, in a kind of suspense that points toward hope.

‘Is That All There Is?’
By Marcelle Heath
184 pages