Roger Reeves: Running Through a City That is Running Out of Water

“All you have to do is be paying attention to a Black life to know what’s about to occur," Reeves says. "Black folks have always been running; running, just trying to be beautiful.” 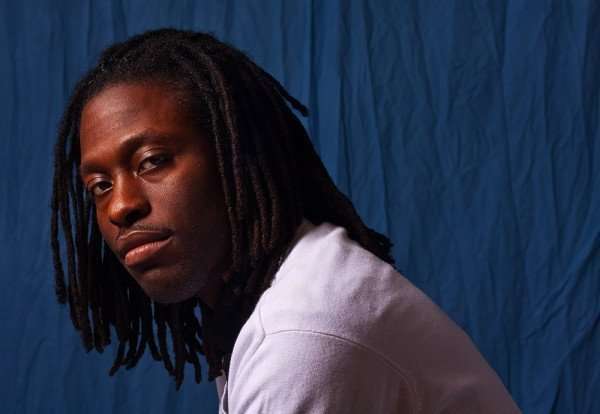 The poetry of Roger Reeves takes us through centuries and civilizations and torn-open tomes in a single breath. He inhales Emmett Till and exhales Anne Frank. Then fills back up on winter, fire, Mussolini, Mississippi, genocide, John Henryism, and James of Scotland. Still, Reeves writes, “the lungs are a temporary house.”

Reeves’s debut collection “King Me” (Copper Canyon Press) came out in 2013; he is steadily working on his next book. When a writer compresses the whole world into a single poem, that poem takes time.

“Generally I take two or three years, sometimes even seven years,” Reeves says. “I want to make sure the poems are good — not just good for me or good for now.”

His poem “Some Young Kings,” spans boxing greats Mike Tyson and Jack Johnson, to the music of Charlie Parker, to the television drama Oz, and finally to Reeves himself.

“It’s hard to smile with an ear in your mouth,” he says of Tyson, “two names, and a daughter hanging by a thread from the railing of a treadmill.”

In 2009, Tyson’s 4-year-old daughter accidentally hanged herself in the family’s Arizona home.

Reeves and I talk at length about the complicated figure that is Mike Tyson: the boxing legend, the pigeon keeper, the prison stint, the ear. (He bit both of Holyfield’s ears during that fight.)

“I want to think about a person in his fullness rather than the very flat view we have of Black men,” says Reeves. “Tyson has a very caring side, but we think of him always as the pugilist and fighter. You see his tenderness in his older age, even though he’s been cruel. I identify with that.”

“Some Young Kings” connects to the Basquiat painting on the book’s cover, a poem in its own right. “Charles the First” (1982), is an angry graffiti scrawl of semiotics, coronating all kings and chiefs and comic book heroes with a brittle crown. Words speak louder than actions in Basquiat’s painting, with the stark phrase “Most Young Kings Get Thier Head Cut Off” etched at the bottom like a signature. 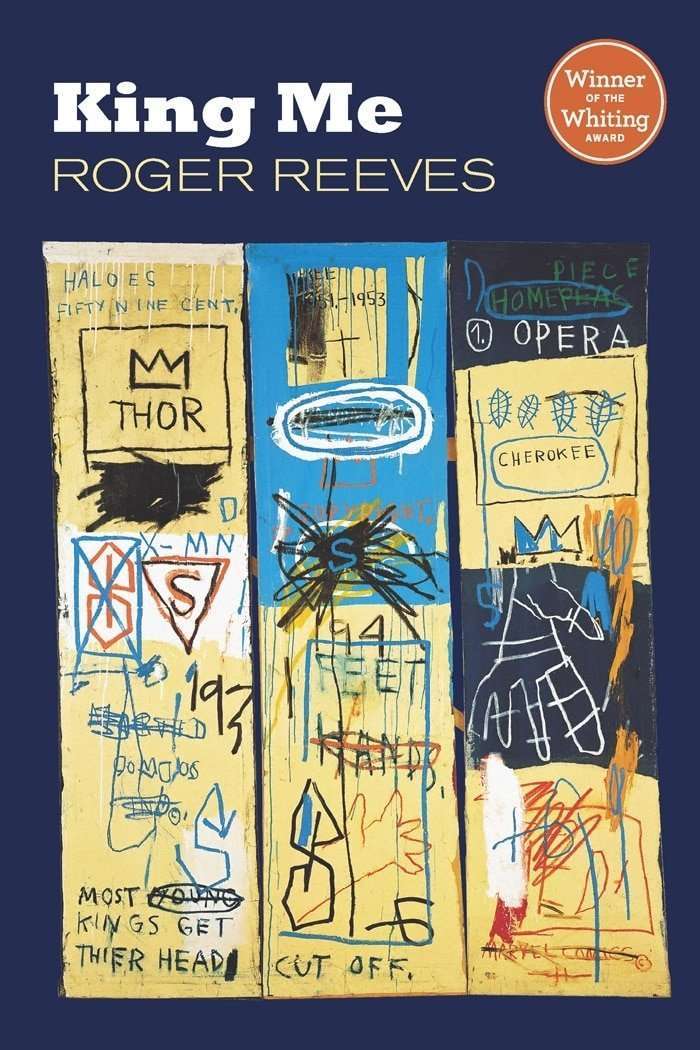 Reeves tells me he has recently revisited James Baldwin’s “The Fire Next Time,” regarding a project with American Short Fiction, about the eight books which have most influenced him as a writer. “The Fire Next Time” is comprised of two essays: “Down at the Cross: Letter From a Region in My Mind” and “My Dungeon Shook: Letter to My Nephew on the One Hundredth Anniversary of the Emancipation.”

“Everyone talks about ‘Letter to My Nephew’ but I really love ‘Letter From a Region in My Mind.’ It’s a beautiful personal essay that looks at how religions functions for Black people, from Christianity to the Nation of Islam. It’s about how we find our beauty, once all these things — racism, all the isms — are done away with.”

“Letter to My Nephew” is the more well known of the two essays in Baldwin’s “The Fire Next Time,” partly because it’s 20-something pages as opposed to 20,000 words. But very notably, Reeves points out, the essay is a manual on how to love yourself in spite of racism, in the face of catastrophe.

“We don’t address the child in each other, and I think that’s what Baldwin’s letter is about, the children being hurt. What’s happening right now in our country is the continuation of the Civil Rights Movement. And in all of this, what future are we making for the Black child?”

Reeves’s poem “For Black Children at the End of the World — and the Beginning,” written in the wake of George Floyd’s death, speaks to that child:

You are in the black car burning beneath the highway
And rising above it — not as smoke
But what causes it to rise. Hey, Black Child,
You are the fire at the end of your elders’
Weeping, fire against the blur of horse, hoof,
Stick, stone, several plagues including time.

Reeves was born in 1980 in New Jersey, just outside of Philadelphia. He grew up playing the trumpet and piano, and reading all kinds of stuff. He tells me he will read everything a writer has written if he likes one book in particular, a way to understand how the writer got there, especially when catching them mid-leap in their career. He learned to do this from his friend Jericho Brown, who won the Pulitzer Prize for Poetry this year for his collection “The Tradition.”

Brown also encouraged Reeves to do this same thing with writers he struggles with. “It’s hard not to like somebody if you’re reading them carefully,” he tells me.

Which leads us to the poet John Ashbery. Reeves wasn’t particularly fond of his writing when he was younger, though that’s changed over time. By sitting with his work, staying close to it, he discovered what it offered: Ashbery, is an old-school formalist at heart. He engages in syntactical playfulness and shifting of registers, not unlike Nikki Giovanni or Amiri Baraka.

“Ashbery is simple in that he uses one poetic technique and will mine that technique through the whole poem. He has a really beautiful poem about rivers, where he’s just giving the names of rivers he’s encountered. It’s absolutely gorgeous. Falling in love with something that you thought you disliked is really important for an artist. It’s all about changing your mind and becoming something else, getting a bigger and wider view of yourself.”

Reeves is an avid runner; for him, running is a moving meditation. While getting his PhD at UT Austin 10 or so years ago, he went out for a run one morning near campus. A homeless man began following him, threatening him with the same slur over and over. He wrote “Cross Country,” in response to the incident, examining the slur over and over, until it becomes almost like an onomatopoeia:

When I ran, it rained niggers. Early in October—
the first creases of autumn, a flag-weary sky
in which yellow birds, in flight, slip through the breast- bone of God and tear at the coarse threads
that keep the morning knit tightly around his heart. What was it that they sang about the light, their tongues, the thistles they pluck from the bitter bark
of an allthorn then thrust into the breast of whatever god or good animal requires eating, a good piercing?

“What do we do when we take a word and play with its context?” asks Reeves. “The poem can take the word chair and not make it a chair. Or take a tree and turn it into a coyote. This is the power of the poem — the naming aspect. So let’s play with naming. What this man thinks he’s marking by calling me this, but also expanding that mark to be something that he didn’t consider.”

The poem is layered with all kinds of texture: uneasiness, sensuousness, salt, and glitter. As it progresses, the word becomes more than the word, more than itself. Reeves manages to turn the thing which keeps punching you square in the sternum, into a human heartbeat.

“Cross Country” was written a decade ago, but not surprisingly it has received attention once again since the shooting death of Ahmaud Arbery in Georgia earlier this year. Reeves gets why this piece feels relevant right now — because it has always been happening.

“All you have to do is be paying attention to a Black life to know what’s about to occur. Black folks have always been running; running, just trying to be beautiful.”

I ask Reeves what it’s like to be back in Austin after all these years, and he expresses the usual gripes: too big, too crowded, too expensive. He misses the coziness of that smaller city with its better music scene, if not better food scene.

Roger first moved here in the summer of 2007 to pursue an MFA from UT’s James A. Michener Center, followed by a PhD in Creative Writing. Prior to Austin, he was at Texas A&M completing an MA in English.

He tells me, almost with fondness, how there had been a lot of flooding in town that summer, and part of the lake was closed. The image instantly takes me to the line in “Cross Country:”

Running through a city that is running out of water.

Reeves writes about cities like he writes about everything else: with his undivided attention. I ask him what is his favorite city, and he says Atlanta, explaining it’s where he learned that the South is still the spiritual homeland for a lot of Black people.

“For me, Atlanta is where I learned everything is possible. There is something about that city that calls you up and calls you out, the way Black people make and hustle and produce there, it really spoke to me.”

As an undergrad, Reeves attended Morehouse College in Atlanta; he says it was really important for his 20-year-old self to live there, but he doesn’t know if his 40-year-old self could do it.

“There are cities you can live in and cities that inspire you,” he laughs before adding, “Maybe I should spend more time in Madrid.”

NEA awards $1.3 million to Texas arts groups in first round of 2021 funding