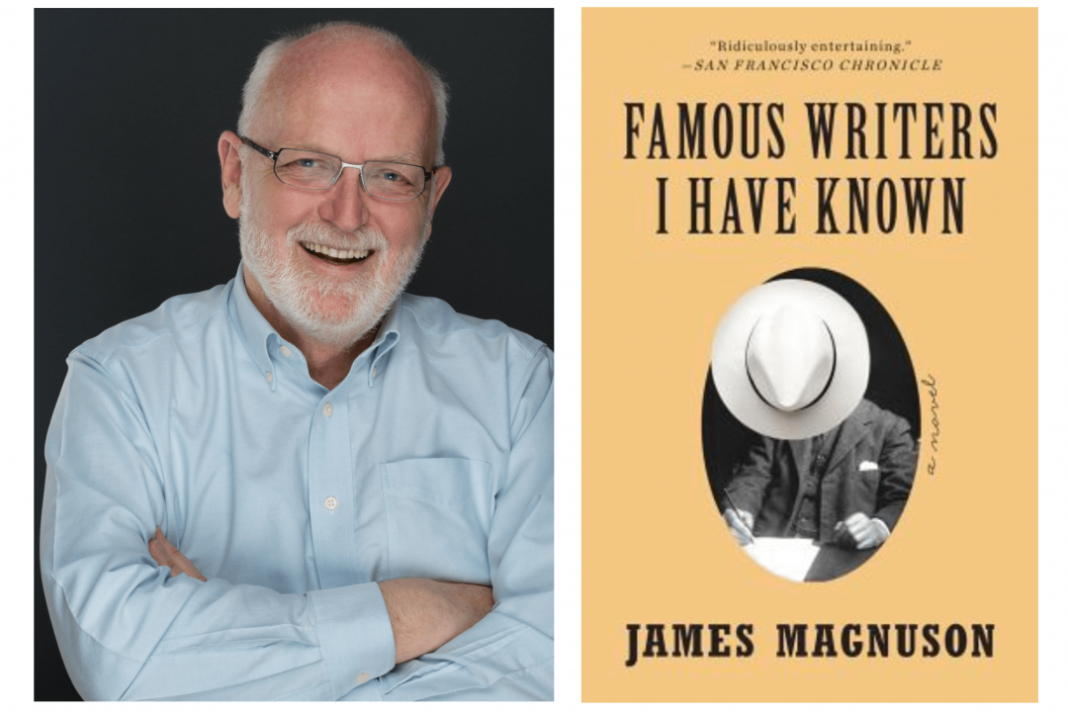 The University of Texas Harry Ransom Center has acquired the archive of a writer who put UT and Austin on the literary map.

The papers of author James Magnuson, director of the University’s prestigious Michener Center for Writers from 1994 until 2017, will join those of literary luminaries housed in the Ransom collections.

Several contemporary writers came to lecture at the Michener Center because of their connection with the Harry Ransom Center — playwright Adrienne Kennedy (“Funnyhouse of a Negro”) was the first of them in 1993, and she wept after leaving a viewing of her papers at the library.

Others lodged their archives with the Ransom Center after teaching for the Michener Center, notably the late Denis Johnson, for whom the HRC hosted a memorial on the posthumous publication of his final story collection “Largesse of the Sea Maiden” in early 2018.

It was a mutually beneficial relationship fostered by Magnuson and Ransom director Stephen Ennis, and his predecessor Thomas Staley.

Magnuson’s papers are important for the impressive body of his work as a novelist, playwright, and screenwriter over a 50-year career and counting. And they include a treasure trove of correspondence with and about literary figures such as Nobel-winner J.M Coetzee, Louise Glück, Michael Ondaatje, Joy Williams, Ian McEwan, Z.Z. Packer, Colm Tóibín, Marie Howe, Margot Livesey, and Jim Crace who were at the MCW during his tenure.

Magnuson grew up in rural North Dakota and Wisconsin — deeply imbued with a Midwestern ethos and unflagging optimism — and graduated from the University of Wisconsin. He moved to New York City where he wrote and produced street theatre in Harlem and at fringe venues in the late 60s. A stint as a distinguished Hodder Fellow at Princeton University in the early 70s followed, then his first novel at age 32. By his early 40s, he had scores of plays and five well-received novels under his belt, a wife, and two children, but no steady income. He accepted a job on the fiction faculty of the University of Texas English Department in 1985 for his first real financial security.

Around the same time, the legendary writer James Michener began sniffing around UT as the beneficiary of his latter-years ambition to found and fund a creative writing program. He’d been given an office on campus while researching “Texas” (one of his many historical tomes) and stayed on in Austin as old age began to curtail his world travels.

Complicated and aloof, Michener was not personally warm but was generous beyond imagining. He called the world his home, but his personal residence was as spare as a hotel suite. He might take a morning call from Walker Cronkite, or sign the paperwork for a million-dollar gift to a college, before grabbing lunch at Arby’s with a coupon clipped from the Daily Texan.

But Michener knew what mattered deeply to him and his legacy: giving young writers a leg up in the world, as he had been helped by scholarships and mentors. An orphan who became an international success, Michener valued plain hard work, and saw many college writing programs as rackets that trained teachers of writing, rather than producing published writers. It was an often-voiced opinion that didn’t endear him to some faculty, who also scoffed at his reputation as a popular writer.

Michener (and his promised endowment) were coddled and courted by the University administration until everyone could agree on how to make his dream into a functioning program. After much wrangling, a unique interdisciplinary MFA in Writing was established which allowed students to pursue work in fiction, playwriting, poetry and screenwriting, while supported by generous fellowships from the Michener endowments, by that time totaling nearly $21 million. No teaching required; all fees paid.

Like everything Michener did, it was big in scale, but it still had to put itself on the map among long-established programs with star reputations and navigate an academic landscape made even trickier by the mash-up of genres and departments.

Enter Magnuson as its first long-term director, stepping up to the post in 1994, after a break from teaching to write for “Knots Landing”, “Sweet Justice”, and other TV shows in Los Angeles for a few years. He was the walking embodiment of the interdisciplinary concept, and his sunny disposition served to calm ruffled feathers about turf.

“I was the last person anyone would have picked to run anything, though I was game,” Magnuson says. “It only dawned on me once I was in the job how enormous the opportunities were. “

It was a serendipitous marriage of Michener’s grand but somewhat naïve vision and Magnuson’s own pragmatic yet ambitious idea of what an MFA program should provide: time to write, and inspiration from the greatest writers he could bring to Austin. And Michener’s money made it possible to bring just about anyone.

Michener lived only three years into Magnuson’s tenure — years in which the Center quickly grew in prominence, recruiting the best and brightest away from stronghold programs like Iowa, Michigan, Cornell, Yale. James Michener’s books are remembered mostly by the last of the Greatest Generation, but his name became synonymous with grabbing the brass ring of fellowship support for aspiring young writers.

On Magnuson’s watch, the A-list of visiting writers and teachers at the Michener Center was matched only by the impressive list of awards garnered by its graduates: finalists for the Pulitzer Prize and National Book awards, numerous first book awards in the US and UK, National Poetry Series winners, the Yale Drama Prize, NEA grants, Guggenheim Fellowships.

While manning the helm of all this, Magnuson also managed to produce five more novels and keep his hand in playwriting. And despite the grind that administering such a program requires — bureaucratic red tape, rules, regulations, egos and personalities—to have a grand time of it all.

“I guess I set out, in my own dumb way, to make it an exciting place,” Magnuson reflects on his experience, “and in good measure, we managed to pull that off.”

Magnuson’s most recent novel, “Famous Writers I Have Known,” brought the two strains of his career together in a sly send-up of the culture of college writing programs, while also being an homage to Michener’s oddball generosity and need to belong.

The Ransom archive includes Magnuson’s notes, drafts of novels and scripts, both published and unpublished, and correspondence related to his years as director. Like all writers’ papers, it will shed light on his creative process and concerns, in addition to being a source of information about the literary greats who passed through the Center’s doors and a peek at how the sausage is made in an elite MFA program.

“There’s some juicy stuff in there,” says Magnuson.