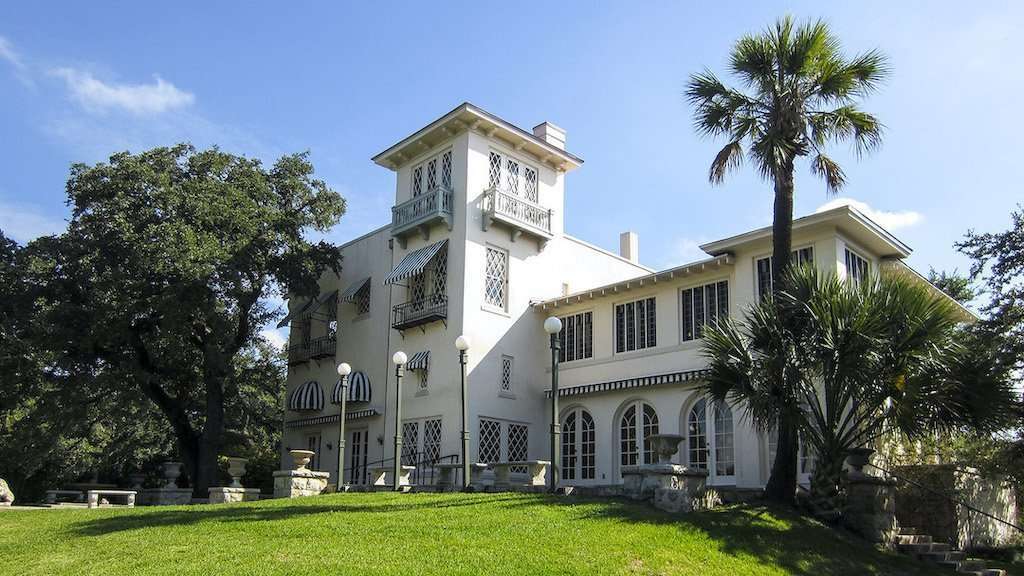 Preservation Austin has awarded $5,000 to the Contemporary Austin for on-going restoration of the historic 1916 Driscoll Villa, the centerpiece of Laguna Gloria.

The $5,000 comes through Preservation Austin’s on-going grant program that offers matching funds to nonprofit organizations, neighborhood organizations, public entities and owners of individual or proposed landmarks. Grant applications are accepted quarterly; the next deadline is Dec. 15.

“We’re honored to be able to support this incredible range of projects,” said Lindsey Derrington, executive director of Preservation Austin. “These matching grants give our nonprofit the opportunity to magnify our impact by helping advocates throughout our community preserve and interpret our heritage.”

Texas cattle heiress Clara Driscoll built her elegant Italianate villa in 1916 perched above the shores of the Colorado River. Herself a rare early advocate for historic preservation, Driscoll purchased the Alamo in 1903 to save it from destruction. At the front entrance of her Laguna Gloria mansion Driscoll installed a replica of the Rose Window from San Antonio’s San Jose Mission.