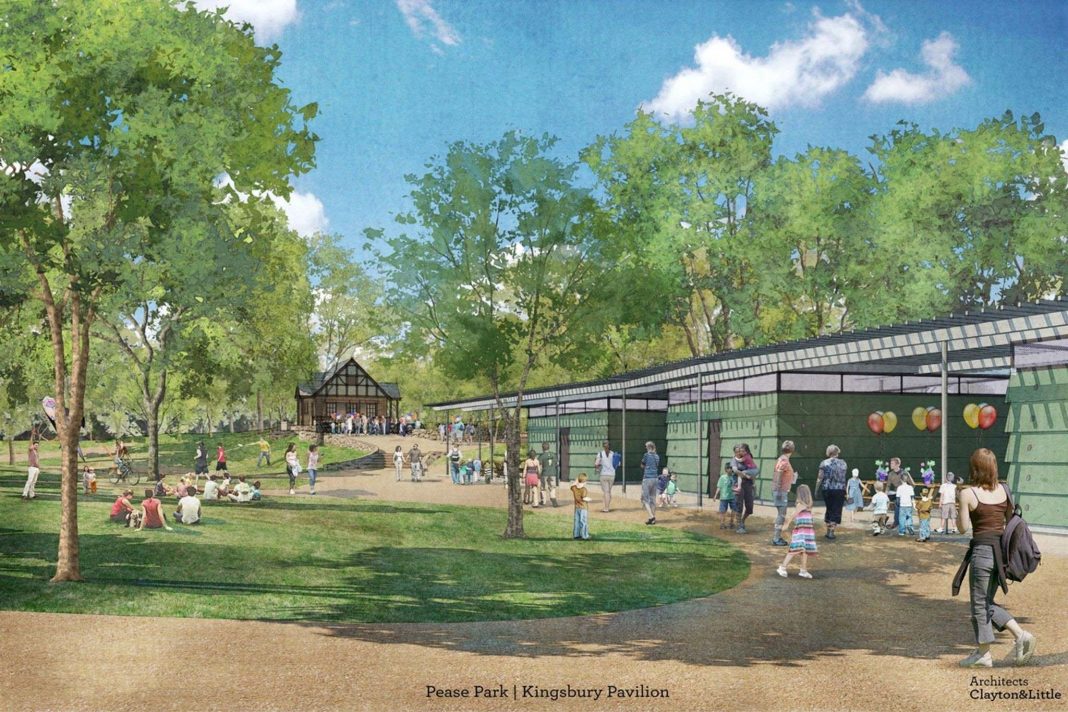 The Moody Foundation is stepping up to be the much-needed major benefactor of Austin’s heavily-used parks.

After gifting $15 million earlier this year to the Waller Creek Conservancy for an architecturally breathtaking amphitheater — the largest philanthropic gift ever to Austin’s parks — today the Pease Park Conservancy announced that it has received a $9.7 million grant from the Houston-based foundation.

The Conservancy said that the Moody money will be used for the first phase of the Pease Park Master Plan, a comprehensive blueprint for the park’s restoration and the enhancement of its cultural and natural features.

“This is a transformational gift for Pease Park and for the entire community; the Moody Foundation’s leadership and generosity is unparalleled,” said Kristen Brown, Pease Park Conservancy CEO. “This gift will enhance and preserve an Austin treasure for generations to come.”

Specifically, the Moody money is earmarked for improvements to the lower six acres of the park. Known as Kingsbury Commons, the area includes a children’s playground, splash pad, and the whimsical 1920s-era Tudor Cottage.

Pease is one of Austin’s oldest parks, a 84-acre greenbelt along Shoal Creek west of downtown Austin. Miles of trails, a disc golf course and beach volleyball courts make it a popular recreational destination. in the 1930s, the Works Progress Administration funded the construction of bridges, limestone walls and picnic tables that today add a vintage vibe.

Since 1974 Pease Park has hosted Austin’s annual Eeyore’s Birthday Party, a free-spirited fest that’s lost little of its hippie sensibility, or its drum circles, over the years.

Austin-based architects Clayton & Little, selected for the Kingsbury Commons redesign, plan to reposition the Tudor Cottage as part of a community gathering space connected by a new stone terrace to a new multi-use pavilion. Plans also call for additional nature-based playscapes, a new state-of-the-art water feature and a tree house.

While work on the Kingsbury Commons commences, Pease Park will play host in January to artist Patrick Dougherty who will create one of his playful Stickwork sculptures.

Invited to make Stickwork sculptures around the world, Dougherty uses minimal tools and a simple technique of bending, interweaving and fastening together sticks. Legions of volunteers help the artist. In Austin, Dougherty will use locally-harvested tree saplings at a location along Shoal Creek.