Nostalgia is going to be with us as long as we have popular culture or political culture. And it's fine if we recognize nostalgia for what it is.

FLASH: It’s last month. I’m in Washington D.C. for work in a neighborhood that was one of my old stomping grounds when I lived here over a decade back. Many of the buildings are new but the streets are familiar, and I wander down the main drag towards where my best friend at the time had lived. I haven’t spoken to her in years. I spy a restaurant I used to eat at with a girl I was dating while I was in love with a different girl, a bar where I used to drink too much, a movie theater where a crush bloomed into something more potent there in the darkness, while the light twinkled on the screen. These emotions pour over me, into me, through me. I’m almost knocked off my feet by memories so strong they hit me with the strength of a bomb blast, the impact of a bullet.

The nostalgia industry is nothing new. It’s been around for decades, after all. I still remember how shocked I was, as a child, to discover that “Happy Days” wasn’t actually a sitcom from the 1950s, but rather one from the ‘70s that was about the ‘50s. Similarly, “The Wonder Years” always struck me as a TV show about a suburban kid like me who happened to live a few decades earlier. It was only later that I realized that show was aimed as much at kids of the ‘80s/’90s as it was at our parents, nostalgic for their own youth in the ‘60s.

It was over twenty years ago now that the satirical newspaper The Onion ran one of my favorite stories: “U.S. Dept. Of Retro Warns: ‘We May Be Running Out Of Past’” (the U.S. Retro Secretary in the article was, naturally, Anson Williams from “Happy Days”). In the years since, we haven’t exactly run out of nostalgia. In fact, we’ve just kept adding to it

“The Goldbergs.” “Stranger Things.” “It.” “Fuller House.” The return of “Will & Grace” and “Roseanne.” Heck, even the resurgence of the “Star Wars” franchise. All of these movies and TV shows, whether of high quality or low, operate on the nostalgic drive of my generation of thirty-somethings, just as “The Wonder Years” and “Happy Days” did for prior generations.

FLASH: It’s this past Thanksgiving. Having just bought a house here in Austin, I’m going over all of my old papers at my parents’ place in New York to decide what to ship here and what to throw out. I come across pages and pages of notes and cards from my high school friends, many of whom I haven’t seen in over a decade. Out of the blue, a few months later, I get an email from one of those friends, telling me that she’ll be visiting Austin. I haven’t seen her since her wedding, more than five years ago; I’ve never even met her child. We meet for lunch and the snark and the camaraderie and the love are all still there, and I regret missing out on our friendship for so long. Once again, I feel the wave of nostalgia stagger me.

Nostalgia is the potent longing for an imagined past that never really existed in the first place. It’s Main Street U.S.A. in Disneyland, something that we’ve been conditioned to recognize as a gentler time-gone-by even though it’s completely manufactured.

The ‘80s and ‘90s only seem innocent to my generation because our biggest concern in that time was how to sneak into R-rated movies. But this, too, was an era of divided politics, racial strife, and international conflict, whether we were aware of it or not, and it’s no halcyon golden age to which we should desire to return.

Nostalgia is fine if we recognize it for what it is, and use it as a tool to gain access to the past in order to learn lessons for the future. “Star Wars: The Last Jedi”, for example, trades on nostalgia for the franchise to make an impassioned plea for the need to let the past die so as to create something new. “It” tells the story of the hidden malevolence lurking just beneath tales of childhood innocence. Even “Fuller House”, as goofy and intentionally corny as it is, trades on our memories of its characters in order to explore the evolution of the American family.

But nostalgia can also be poisonous. What is the desire to “Make America Great Again” if not a blunt-force attempt to turn America into something it never actually was, a program to roll back social progress for minorities in order to make white people feel empowered. It’s frighteningly similar to the ways in which the Nazi party played upon nostalgia for a pastoral German past to which the country could never actually return.

[su_pullquote]We need to treat the nostalgia industry the same way we do reality television—separate the healthy from the unhealthy, the earnest from the cynical.[/su_pullquote]

FLASH: It’s this past summer. My wife and I are driving down the California coast for our belated honeymoon, heading to San Luis Obispo from San Francisco. The song “Sister Golden Hair,” by the band America, comes on the radio. I go quiet, and she asks me why. I try to explain how that song takes me back to a girl from long ago. And even though I wouldn’t trade even a second of time with my wife for that girl now, whenever I hear the song, I’m still taken aback for a moment. I still keep thinking about her, sister golden hair surprise. And though it turns out I could live without her, just fine in fact, that doesn’t mean she hasn’t been on my mind.

Nostalgia is going to be with us as long as we have popular culture or political culture; as long as we have culture, in general. Human memory and longing for the unchangeable past are at the heart of not just movies and TV shows, but great novels and works of art from Renaissance paintings to Proust’s “Remembrance of Things Past” to pretty much the entirety of Freudian psychoanalytic theory. We will forever be, in the words of F. Scott Fitzgerald, boats against the current, borne back ceaselessly into the past.

I never stop marveling, with each year that I grow older, how there’s always more of the past to remember. It’s easy to get lost in those memories and take our eyes off the future, or even the present. But though the past is a foreign country that it’s fine to visit from time to time, we need to treat the nostalgia industry the same way we do reality television—separate the healthy from the unhealthy, the earnest from the cynical, that which is trying to inspire from that which is trying to take advantage, and support the former while shunning the latter.

Sometimes I feel like Ernie. I still want to visit the past, as melancholic and painful as it may be. But I don’t want to live there. I want to live here and now, with the people I love. I want to stop worrying if we’re going to run out of past and be more concerned about what happens if we run out of future.

FLASH: That same California drive. My wife tells me that “Sister Golden Hair” always reminds her of a $2 CD she had bought as a child at the Warner Bros Studio Store, before it went out of business. I pause. “Was it called ‘Heart Beats’?” I ask. She tells me she thinks that it was. I start to laugh. I had the exact same CD, and in fact that’s probably where I first heard “Sister Golden Hair.” I used to listen to that CD all the time, the weird, romantic little kid that I was, and pine. She tells me that she did the same. For our anniversary, months later, she gives me a copy of “Heart Beats” she found online.

Once more I feel that wave of nostalgia blast into me, but this time it lifts me off my feet and into her arms. The past is at its best when it pushes us headfirst into the future. 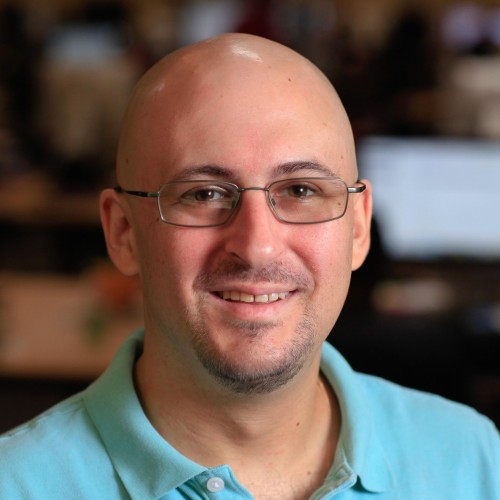