The concert portion is pre-recorded but Taylor will be live with commentary on her musical selections and a Q&A following the performance.

A native Texan, Taylor’s operatic roles include Lady Billows in Britten’s Albert Herring, the Queen of the Night and the First Lady in Mozart’s The Magic Flute, Lidoine in Poulenc’s Dialogues of the Carmelites, and Lia in Debussy’s first opera L’Enfant Prodigue. Her voice can also be heard on the recording of the newly rewritten opera by Duke Ellington called Queenie Pie.

In 2007, while she a graduate student at the University of Texas Butler School of Music, Taylor produced and performed a concert of works by African American composers. The following year, a much grander sequel became the first ever Black History Music Celebration at the Butler School, an annual event that continues today. 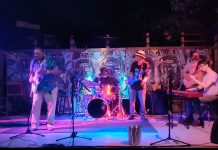 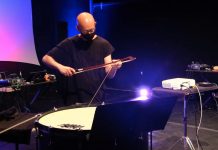 The little Austin music festival that could? The ‘It’s Winter Somewhere Composer Festival’ The Line-up: Six exhibitions to see in September

Two chairs and a green sponge: Designed by Ten Eyck Landscape Architects, the new Kingsbury Commons in Pease Park is already the fabric of Austin

After four years of renovation (and a pandemic), Austin’s historic French Legation re-opens

At UT’s public art program, the effort to diversify is underway