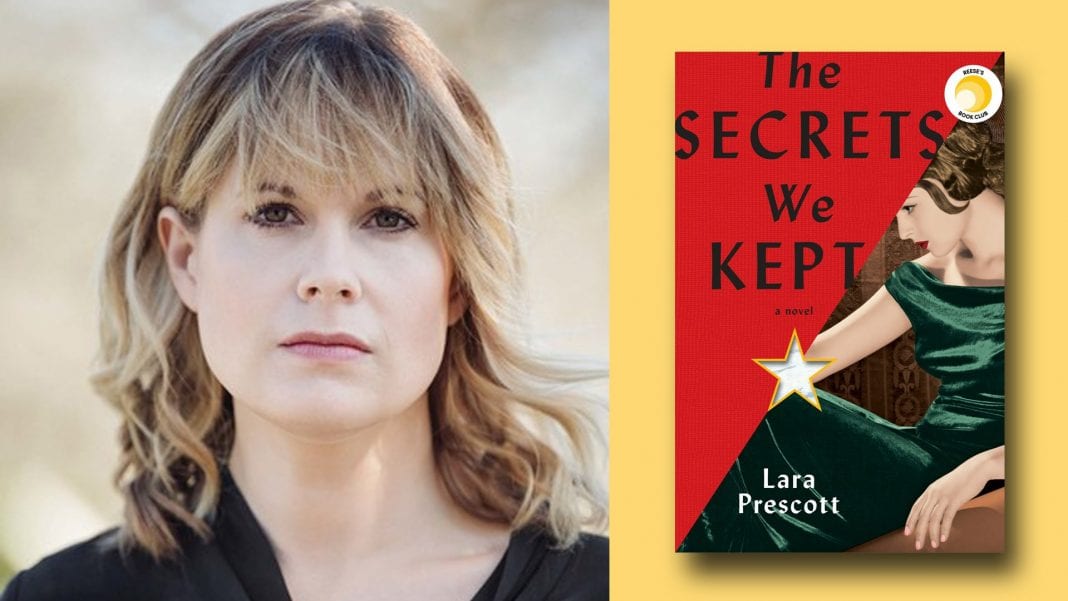 Lara Prescott is hankering for a taco.

It’s noon, and even though she is home in Austin, ours is her second interview of the day.

She’s just spent the morning at Texas Monthly recording a podcast about her debut novel, the wildly successful “The Secrets We Kept,” a fictionalization of the real-life CIA plot to publish Boris Pasternak’s “Doctor Zhivago.” Later, when Prescott’s done with her taco and after she’s hopefully grabbed a nap, she will be fêted at an evening fundraiser for American Short Fiction, an Austin-based journal.

Then it’s back out on the national book publicity trail. And then it’s to events in Italy where “Doctor Zhivago” was first published after being smuggled out of the Soviet Union.

Back in Austin for a stretch, she’ll be featured for a Q&A following a Nov. 17 screening of “Doctor Zhivago” at the Alamo Drafthouse.

“The travel gets exhausting,” she says. Though her novel was an immediate New York Times bestseller, the real word of book tours is hardly posh. Prescott has no handlers, no personal assistants. “I do it all on my own, finding my Uber at the airport, finding the bookstore where the reading is.”

“I’m used to hiding out at home and working. It’s taken a lot, getting used to talking all the time about my work,” Prescott says. “It’s hard work.”

At least our interview is at a familiar eatery in the Austin neighborhood where she lives. Confirming our appointment the day before, she emails me: “Looking forward to it! (And the taco I will be eating there!)”  (Full disclosure: Prescott and I live in the same neighborhood and walk our dogs in the same park.)

Actually, the whirlwind began for Prescott in June 2018. She had only just finished her MFA at the University of Texas’ Michener Center for Writers, when Knopf announced that it had beat out 13 other publishers to pay $2 million for the North American publishing rights for “The Secrets We Kept.” That set in motion international deals for translations into 28 languages as well the option for a film adaptation from the Ink Factory and Mark Platt Productions.

Prescott actually started on pre-publication publicity appearances in March of this year, and has events planned into 2020. “The Secrets We Kept’ is in its second printing.

The novel spins a fictionalized account of how the CIA smuggled Russian-language copies of “Doctor Zhivago” into Russia, effectively weaponizing a work of literature as part of the so-called Cultural Cold War. At the time, the CIA supported culture — jazz, modern classical music, literature, dance — believing it could sow the seeds of dissatisfaction within Communist bloc countries.

Long classified by the CIA, the “Doctor Zhivago” mission went unknown for decades. It wasn’t until 2015 that the federal agency declassified a cache of documents which revealed how Pasternak’s epic love story was printed up by the U.S. government and, in an elaborate plot, distributed to Soviet citizens by undercover agents.

Prescott’s father emailed her a link to the news when it came out. Fans of Pasternak’s novel and its 1965 movie adaptation, her parents named their daughter for Zhivago’s love interest, the character Lara. In “The Secrets We Kept” Prescott uses multiple points of view, most notably that of the women of the CIA typing pool who were involved in the Zhivago mission. Likewise, Olga Ivinskaya, Pasternak’s muse and mistress — and model for the character, Lara — gets a meaningful voice.

At Washington D.C.’s Politics and Prose bookstore, a man in the audience asked if, in emphasizing strong female characters, she “made the men in my novel seem a little one-dimensional.”

“Can you believe that?” Prescott says, with an eye-roll.

Still, it’s the personal exchanges with readers that mean infinitely more than all the media buzz.

“I’ve had women who were government secretaries in the 50s tell me how much the book resonated,” Prescott says. “And recently I got an email from a woman who actually had been in the CIA typing pool during (the Zhivago mission). I can’t wait to find out what she can tell me.”

In Houston, an evening reading was scheduled on a night early in the World Series playoffs, the Astros up against the Yankees. Prescott was sure she’d be reading to a near-empty room.

“But the book store was packed, it was a full house,” she says. “And that only happens when readers are telling other readers about a work. To me it’s word of mouth between readers that means more than any review.”

Prescott has a unfussy and practical air to her, and impeccable manners. Or perhaps a kind of nervous efficiency. She calls 20 minutes before our meeting time to apologize that she might be late, though in fact she arrives pretty much on time.

After graduating from American University, Prescott spent eight years in Washington D.C. working for Democratic candidates, penning political advertisements and messages. “It was its own form of writing propaganda, in a way,” she says.

Prescott is comfortable in the busy neighborhood coffee shop.

“I write first drafts in coffee shops — with noise-cancelling headphones on,” she says, aware of the irony. “But with drafts two and three and later, I read out loud, and so then I work at home.”

Hearing the sound of her written words is critical to her process.

“I think it all goes back to when literature was simply oral storytelling,” she says. “Your success was keeping your audience’s attention. And that essentially hasn’t changed over time. It’s something I think of a lot when I write: How am I going to get people to listen to me, get them to pay attention — get them to not close the book.”

When she can keep her regular writing routine, Prescott writes workaday hours, working in a backyard shed she and her husband fixed up. “I work kind of nine-to-five-ish,” she says. “Maybe it was all those years working a job in Washington, but I’m just not the writer who stays up all night writing.”

Husband Matt Prescott is the author of “Food Is the Solution: What to Eat to Save the World,” a vegan cookbook that includes essays by Wolfgang Puck and Paul McCartney, among others, and reporting on the field of environmental food science.

“Matt’s the cook,” Prescott says. “I get frustrated by the process of cooking. I don’t find it relaxing like he does.”

Living in Austin keeps her grounded, and the couple has put down roots. Recently, they added adorable rescue puppy Mo to their menagerie of several cats.

“It’s easy to have some distance on everything,” she says. “My life has lots of things going on.”