Water is the metaphor for scarcity of time, money, even clarity throughout the dozen stories in "A Wall of Bright Dead Feathers" 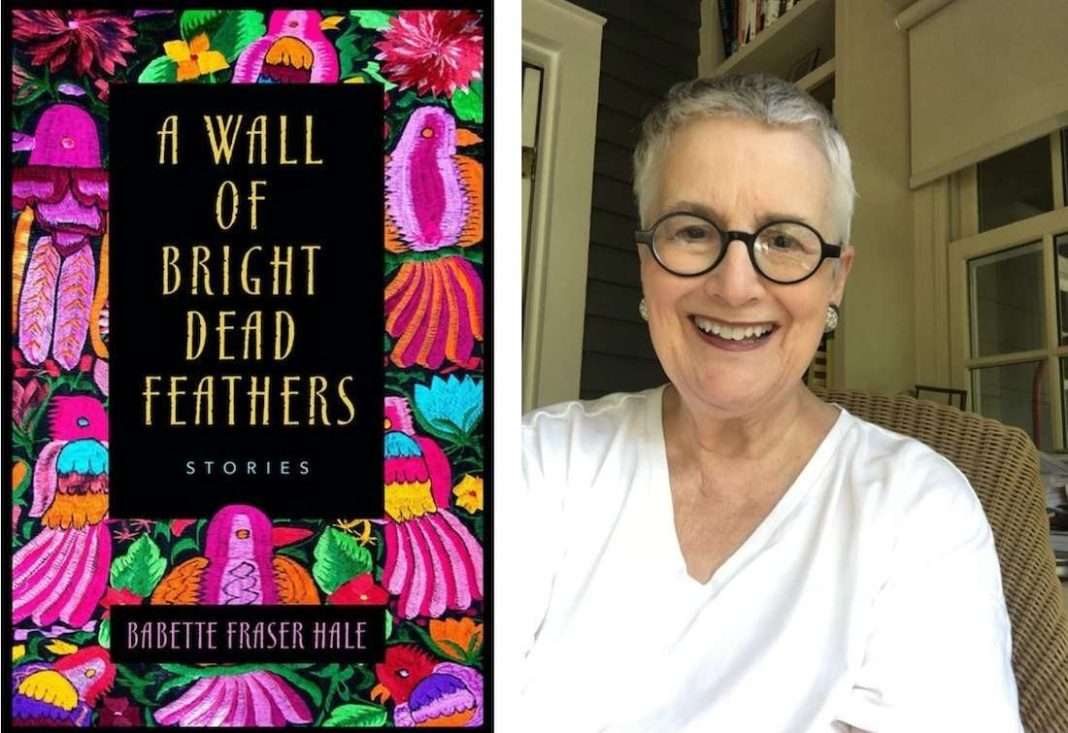 “Texas seems stranger to me every day,” observes John, a 90-something widower in Babette Fraser Hale’s debut short fiction collection, “A Wall of Bright Dead Feathers” (Winedale Publishing). Like many of Hale’s characters, John faces a future whizzing by faster than a past catching up.

The Texas Hill Country is a scale model of America in these 12 stories, with its intrinsic grappling of rapid development, depleting resources, shifting values, and simmering inequalities. Themes of grief, loss, and estrangement course through the people in Hale’s stories. So does hope. Hale manages to cover all the bases with psychologically precise glimpses into their complex, interior lives.

Yet it’s an exterior issue which sharpens the book’s through line: water is getting harder to come by in these parts. The collection’s eponymous story deals with the matter head on. An oil patriarch’s parched property goes up in flames during a fate-sealing shareholders’ meeting. His elaborate sprinkler system, and scenic lake — “pumping water for a decorative indulgence” — simply postpone an encroaching brush fire of his own indirect making.

In “Drouth” a young couple — she, a pianist, he, a poet — limp through life, trying to reconnect to themselves, if not each other. They have escaped to the country from the city, from the noise of grief, into the clamor of frailty. “The early sun will be gliding through the treetops when she sits down at the keyboard, and when she rises, the day itself has fallen off into the west,” writes Hale. “Years can disappear like that. Your life can disappear.”

Hale slips lyrical elucidations into her prose like sequins. Her poetically archaic word choice, drouth rather than drought, reappears steadily throughout. The Middle English variation creates distance from the present-day realities of burn bans, dead cedars, and wells sucking sand — references that ring alarm bells only the reader can hear.

Water becomes a not-so-subtle metaphor for scarcity: time, money, even clarity. The stoic 90-something has a grown daughter going through a divorce after getting axed from her job in Houston. A veteran journalist of 25 years, she has recently moved in with her elderly father: “Jobless. Aging. Alone.” Most everyone at the paper is now gone, she notes, scattered across the country via social media.

“A Skeptical Parrot” takes place during the Civil War, in a community of German Freidenker, (“freethinkers”), 19th-century secularist intellectuals who settled in Central Texas to escape ideological oppression. The story’s main characters — who have just fallen in love with each other — pay a steep price for being on the wrong side of war, with their baby “born on the outskirts of a battlefield.”

The story flashes forward to 1911: the woman is now considerably older, fielding questions from her feisty granddaughter. It serves as the collection’s anchor point, reaching back rather than out. Other stories stretch to Houston, New York, even London, but this one grabs onto something from another era, and pulls it across generations.
Short stories often feel like evocative riddles or unfinished poems, but not these. Their multi-point perspectives and dead-on analyses of people’s motivations make for meaty stuff. Several pieces include up-to-the-minute references on COVID, Kavanaugh, and Trump, but for the most part, Hale’s stories are as perennial as bluebonnets.

“A Wall of Bright Dead Feathers” avoids the usual Texas tropes. No one is overly godly, folksy, or anti-lefty. The elder characters are the most interesting bunch by far: stoic retirees who know what’s coming. No one is sifting through a silver-haired brochure of false hope. And though guns go off more than once in this book, the scenarios echo something national rather than regional.

Meanwhile, the newcomers keep arriving: starting over, ending up, escaping the city, and sometimes, themselves. Putting out fires with borrowed water. One recently deceased husband yammers on in his wife’s widow brain: “Without the aquifer none of us would be living here. You wait.”

But John the nonagenarian is pulling from another well altogether. In the collection’s final story, we find him seeking answers to life’s bigger questions. The notion of freedom, for instance, and what that word has meant throughout history. John wants to better understand this world before leaving it. In this sense, he becomes the quiet hero in “A Wall of Bright Dead Feathers.” Imminent extinction is just another bump in the road.