In Adam Soto’s ‘Concerning Those Who Have Fallen Asleep,’ stories that walk through walls, like ghosts

The Austin-based author debuts a collection of short stories

Adam Soto’s collection of ghost stories “Concerning Those Who Have Fallen Asleep” (Astra House, 2022) will be published on September 27. The Austin-based author seamlessly writes through borders and time. One story takes readers to the Civil War and follows the life of an enslaved man; in another it’s to Wyoming, where two women retrieve a friend who killed her abusive husband and is acquitted.

Soto’s collection follows his debut novel “This Weightless World” (Astra House, 2021), which was released in paperback last month. Soto’s novel offers a rumination on what might happen if there was communication received from an extraterrestrial lifeform. Soto holds an MFA from the Iowa Writers’ Workshop, is a former Michener-Copernicus Foundation Fellow, and is the web editor of the journal American Short Fiction.

Thao Votang: Please tell me the green of the cover of “Concerning Those Who Have Fallen Asleep” is a nod to R.L. Stine’s “Goosebumps”? I remember watching the television version as a kid on Nickelodeon, which had a lot of bright green goo involved, if I remember correctly. What draws you to ghost stories? Why ghosts?

Adam Soto: Yes, the 90s were a big time for goo, slime, and ooze. Those R.L. Stine “Goosebumps” covers were so iconic. I wish I could say the green was an intentional nod but it was probably subconscious. The designer, Jeanette Tran, had a red one and a blue one, I think, and I went with the green — it reminded me of Hi-C’s Ecto Cooler.

I love the versatility of ghost stories. They haunt literature like nobody’s business, too. Edith Wharton, Alice Munro, Virginia Woolf even has one. Outside of mainstream Western culture, they’re a regular part of daily life, playing an integral role in faith and the human understanding of reality. Coming out of “This Weightless World,” my first novel, which is a work of science fiction, I wanted to continue exploring genre. Similar to what I did with in the novel, I wanted to interrogate that genre divide. The novel doesn’t make first contact seem like that much of a stretch; I wanted the story collection to do the same.

TV: I enjoy reading sci-fi, but much of it doesn’t feel so out of reach anymore. We’re looking at stars from 28 billion light years away with the Jason Webb Space Telescope and living through a pandemic (or perhaps multiple ones). When you were writing “This Weightless World,” did you set out to write something that would be classified as genre or sci-fi? How do you think of the novel and what other books or writers you were thinking about when you were working on the final version?

AS: I agree with this point entirely. Many serious sci-fi writers today will tell you that they write sci-fi as a way to appropriately approach realism. TWW is a sort of mumble-core approach to sci-fi, but it’s sci-fi for sure. The critic Shinjini Dey wrote this incredible essay on TWW for Strange Horizons that argues the novel is less literary-sci-fi hybrid than genuine sci-fi pumped with literary realism.

Somewhere in his novel “10:04” Ben Lerner says there’s nothing more antiquated than the past’s vision of the future. Working on TWW over the course of nearly a decade, I found my most outlandish ideas being outpaced by reality every day. By setting it in 2012, I was able to make that a part of the novel’s melancholic bathos. It’s about dashed expectations: regarding alien life and the ideals we hope will save us from our current global predicament. So the genre elements ultimately disintegrate, the way any living thing does.

AS: I wouldn’t deprive anyone of their interpretation but I know I’m also responsible for aligning the variables that give way to any and all interpretations. I think the characters, in whose perspectives I write or write closely to, are grappling with a sense a hopelessness. For me, hopelessness is a subject and a theme that I care to explore, but it’s not always the intended meaning of a story or novel.

But maybe that’s a copout still. I think in both “The Vegetable Church” and TWW there are ways in which characters maintain hope that may be demonstrative for readers, even if that hope exists in a future that comes at the expense of the present, which often forms the basis of radical and revolutionary hope. Though that notion warrants some examining itself. 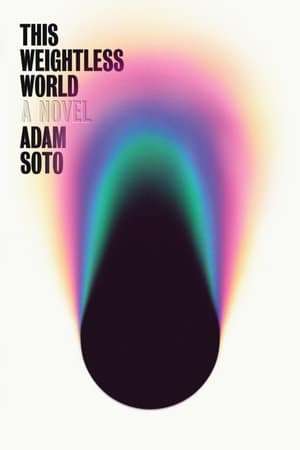 TV: Your ability to move from perspective to perspective kept stopping me in my tracks in the best way possible. Especially in “Immanuel” and “Concerning Those Who Have Fallen Asleep,” you move from one to another perspective as if the characters are passing a relay baton. What is your process like writing these structures? Do you start the story knowing where it will go, or are you following something else?

AS: “The Box” is where I did it first, which also happened to be my first published story. In both “The Box” and the title story, the main character, the subject, is disease — Ebola in “The Box” and influenza in “Concerning Those Who Have Fallen Asleep.” I like it when stories walk through walls, like ghosts. There’s a spirit of grief and loss that slips through all of these stories, no matter the time period or plot. I think every story needs either an enlightened object or subject. If the story can be told through one perspective all the way through, great! If not, I’m interested in seeking alternative paths. “YA” does it in a subtler but similar way. Because the narrator cannot bring himself to tell the story he is supposed to tell, he must face it in print. The novel other characters are reading is the enlightened object.

These stories are heavily narrated, which is to say that they don’t follow the naturalistic tendencies of a lot of contemporary fiction — a nod to the 19th century ghost stories that inspired them — which is to say that storytelling itself is major area of interest in each of them.

TV: You give the best names to your characters. I’m trying to think up what exactly it is — the sound of the names wrapped up in the stories. The names hit perfectly. Like, of course, that’s their name! Please don’t tell me you pick them out randomly out of a hat?

AS: No way! I mean, the story my mom used to tell was that she randomly flipped through the Bible when it came time to name my brother and me (something she now denies), so I won’t throw any shade on that practice, but that’s not my approach. Names are a designation of place, your culture, your people, but also a part of the palimpsest of global overlap. The West African characters in “The Box” don’t have West African names — one does, but it’s also an anomaly for her own protection — because of the long shadow colonialism casts on that part of the world. The same goes for the Nahua women in “Wren & Riley.” Their parents are obscured, but their names — Junip, Wren, and Yessenia — are like little clues to the people who made them.

TV: We were emailing about Arizona recently, and so my mind tingles when it’s mentioned along with wildfires and even water because of the ever-present and ever-growing awareness of its scarcity when you’re in the desert. “Ransoms” follows this bombastic character who ends up sweating in Scottsdale and getting kidnapped for a second time by a gang. You have a section of the collection also titled “Fires.” I was curious if your time in Arizona makes these topics stand out in your mind. Would you tell me more about your experience in the Southwest and how it stays with you?

AS: Growing up, I was very close with my aunt and uncle and their children. They lived ten minutes away in our suburb of Chicago. Then they moved to Phoenix and my brother, David, and I would spend whole summers there. I used to hate it. Being stuck inside because of the heat, the taste of the treated water. I used to say, “People aren’t supposed to live here,” even though people had been living in Arizona forever, and long before air conditioning. But the Southwest became a part of me, and when I moved to Austin, taking frequent trips to New Mexico and West Texas, I fell deeply in love with the region. There’s something simultaneously antiquated and futuristic about this place: the old notion of Manifest Destiny that deems any territory claimable and this returning sense of how beholden we are to the natural world, regardless of how indifferent it is to us.

I first read Timothy Morton’s “Hyperobjects” while writing my novel, but it stuck with me while writing these stories. To put it simply, a hyperobject is any phenomena that are not only seemingly beyond our individual control but our understanding. Climate change, this enormously intricate and pervasive phenomena, measured in geologic time, is a hyperobject. It’s rooted in the past and projects into the future, which makes it particularly Gothic: a past sin whose punishment is our everlasting inheritance. Fires and drought in the Southwest are the moans and shaking chains of this ghost. Like happening upon an abandoned mine that poisoned a well that led the miners to vacate, they are echoes of the past achieving their own materiality. Isn’t this what a ghost is?

TV: I think one of the most powerful things writers get to do is write memories and histories into their work. Is there a memory or uncanny fact you’re willing to share that is embodied in a detail or character in either your book or collection?

AS: Since you already mentioned “Ransoms,” I’ll talk about that story. The character Coco, a seemingly psychopathic member of Los Zetas, shares a story about his father growing up in an orphanage in Mexico, which is loosely based on my own father’s childhood.

TV: Because you’re also a musician, I must ask who you’re listening to these days.

AS: Even better, here’s some music that inspired “Concerning Those Who Have Fallen Asleep”: astrapublishinghouse.com/product/concerning-those-who-have-fallen-asleep-9781662601354/

Scroll to the bottom for the Spotify player and buy a copy of the book while you’re there! Authors not to miss at the 2022 Texas Book Festival