In spatial sound art piece, Rolling Ryot will take visitor’s ears to places they’ve never been — above their heads and below their feet 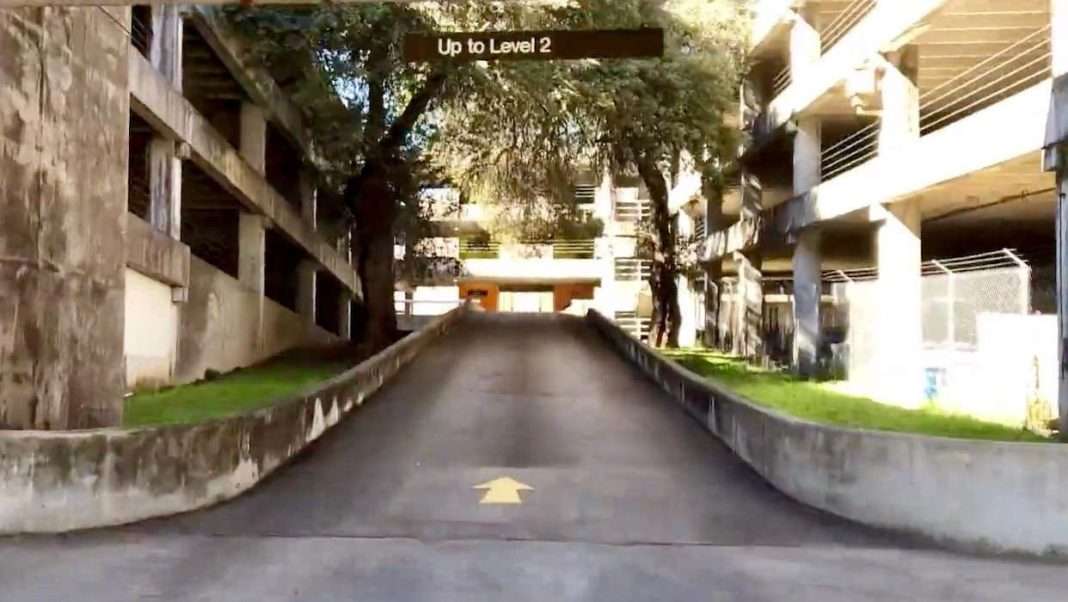 If you’re looking for the most immersive, highest fidelity sound system out there, you need only do one of two things — book a 10-hour flight down to South America, or take a short drive to State Parking Garage A a block from the Capitol downtown Austin.

“Rainforest Reverb” is the next ecology-inspired project from the Austin-based sound collective, Rolling Ryot. As part of this year’s Fusebox Festival, the installation is aiming to expand the ways in which we perceive sound by using one of the world’s richest ecosystems as a sonic blueprint.

Formed in early 2018, Rolling Ryot is a coalition of composers, audio engineers, and sound designers that specialize in developing spatial sound pieces, commonly with an ecological twist.

For “Rainforest Reverb,” they’ll be utilizing the aural-verticality of rainforests as a basis for a new type of listening experience. By outfitting a five-story space with a sprawling 32-channel audio system, Rolling Ryot will take visitor’s ears to places they’ve never been — above their heads and below their feet.

Evans states this is far from ordinary when considering the sound directions that typical music venues produce, “a lot of spatial sound is 2 dimensional, its circular on one plane,” he says, “but going above it is where you start to get into interesting areas.”

The project is loosely based on composer David Tudor’s variously-interpreted 1968 piece, Rainforest, which also utilized electronics to create spatial soundscapes. However, Rolling Ryot delves deeper into to the real-life auditory mechanics of rainforests to deliver a new dimension to Tudor’s concepts.

“We all learned in grade school about the different layers of the (forest) canopy going all the way up and the different animals that live in those environments. There’s been some research done where people are finding that different animals in the rainforest have very particular frequency bands in order to not interfere with other animals around them, so they’ve evolved to have their own sonic slot,” says Evans.

“We were imaging, if you elevated yourself through the structure of the rainforest, all the way up, how would the sound change?”

But in order to obtain the necessary verticality that the project would need to emulate layers of rainforest canopy, Rolling Ryot had to find a structure that was both high and spacious.

So they snagged an entire downtown parking garage.

“Fusebox handled that — I don’t know how in the world they did it,” says Evans. “They’re just champs at knocking stuff like that out!”

Rolling Ryot will rig a 32-channel sound system throughout the five levels of the garage to mimic the enormous directional range of a rainforest. But unlike the lush greenery of the Amazon, “Rainforest Reverb” will only feature the austere and unassuming visuals of a vacant parking garage.

In discussing the installation’s stark visuals, Evans reasons that “we didn’t want a lot of visuals that would pull the focus away from the sound. We’re hoping that the sound will be on such a massive scale that it will be itself immersive on its own.”

For the “Rainforest Reverb’s” music, Rolling Ryot put out an open call for composers from around the world to contribute to the project. The applicants were instructed to submit only proposals of their compositional ideas, as Evans noted that asking them to supply a finished 32-channel piece would have probably been asking for “quite a bit.”

While none of the composers had ever worked on a project of this scale before, Evans says that the challenging and experimental aspects of project brought out excitement in both the composers as well as Rolling Ryot itself. Although it’s been partially tested, Evans states the full execution of the project is going to be a surprise even for him.

In walking around the empty, angled floors of the garage, visitors will be bombarded with music that will sonically shift depending on where they’re standing in the space. As the six looping compositions ring and emanate from every direction, they’ll create a location-specific aural experience that will be unique to virtually every visitor.

The irony of creating rainforest-influenced music in a structure that was constructed to house mobile pollution machines isn’t lost on Rolling Ryot. One of Evan’s favorite aspects of utilizing State Parking Garage A in particular is that its own architecture (perhaps inadvertently) is itself an artistic commentary on the duality of man-made objects and the natural world.

“The entire middle of the garage is open, and the beautiful part about it is that they designed it this way in order to maintain these two huge trees that are growing in the middle of it,” Evans says.

“It’s like this last remaining hope of the idea that urban systems can be created to be in harmony with nature.”