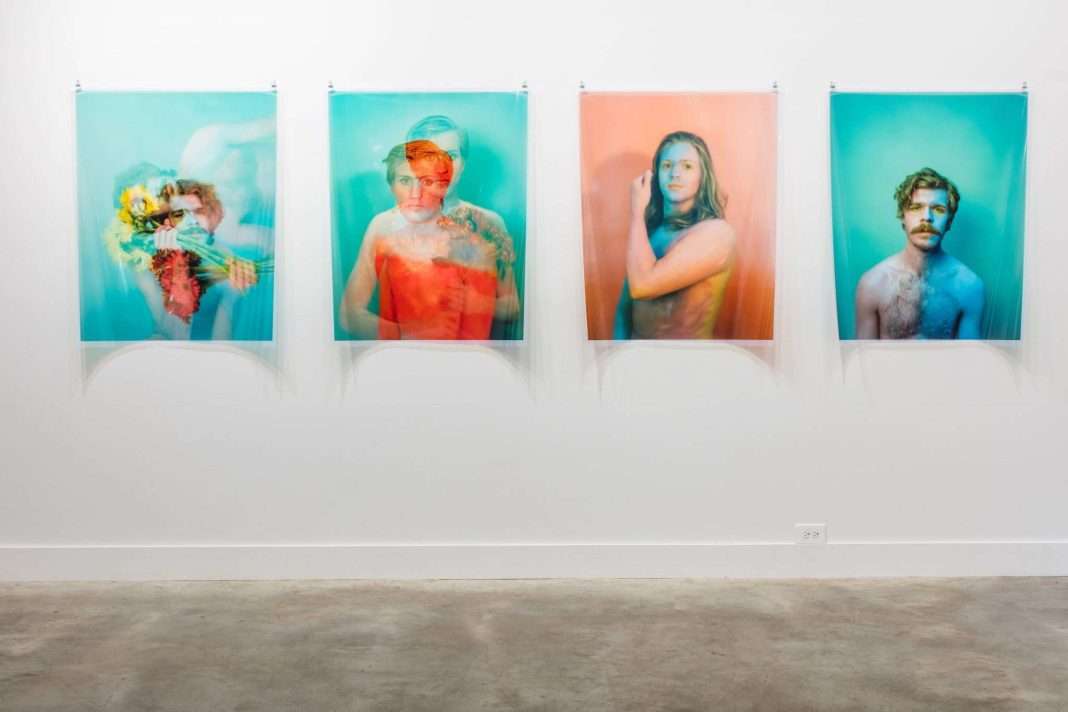 The act of critique — crit, if you will — is a staple of university art education. Some love it, some hate the idea of sanctioned criticism from their peers. Either way, it has the power to shape artistic practices and careers.

Crit Group is the grown-up version of college crits. A project run by the Contemporary Austin, the program allows artists at later points in their careers the chance to give and receive critique for a body of work in a close-knit group setting. The Contemporary provides leadership and facilitates meetings with the group wherein critiques are held. (Crit Group was led this year by artist Sterling Allen, Blanton curator emerita Annette diMeo Carlozzi and the Contemporary’s Andrea Mellard.) The end result is an exhibition of new work hosted at Grayduck Gallery.

This year, eight artists were chosen to participate in Crit Group. They have exhibited widely, won distinguished awards, and otherwise proven their artistic prowess. Over the last seven months, they have been given the freedom and support to try something new.

A spirit of innovation and inventiveness underlies the program and the resulting work. The gallery itself was buzzing with that spirit as I walked in. Making your way through a show like this, it’s difficult to judge what the end result should be, since the audience is far removed from the series of decisions and conversations that led to this work.  The results are completely up to experimentation as a creative force.

That being said, the individual pieces all seem to be moving in some way, composed of undulating lines and straining for some upward or outward motion, especially in the first section of the gallery. Christine Garvey’s collages, the first pieces to be encountered, spill and drip flurries of bright colors that upon closer inspection are only vaguely representational. To source the materials for these collages, she scoured medical literature and fashion magazines  — which embrace two completely opposing modes of depicting of human bodies — and she cut out the hands, fingers, and other unrecognizable forms and layered them with rich texture. They are at once garishly psychedelic and elementarily natural.

Also embracing nature and natural forms, Rachel Wolfson Smith takes it to unprecedented scale. In “Fossil” she meticulously etched in pencil endless layers of dense foliage that somehow emanate from a single source. Nature has always factored into her work, which historically incorporates some element of the human world, but here the impenetrable quality of the landscape is the sole focus.

In a show full of local big names, Dawn Okoro’s may be the most synonymous with Austin. She went to school here in the early 2000’s and has since been exploring through her work what it means to be a black woman here. In the series that comes out of Crit Group, she expands on a running theme – that of fashion and its consequences for one’s identity. Through that, she has built up an iconic image of a woman and streaked it with gold, alluding to a woman’s inner radiance while obscuring anything identifiable.

The theme of identity is strung throughout the exhibition, fitting for a setting in which artists are meant to consider their practices and themselves holistically. Christa Blackwood’s photo series “Boy Play” offers images of men in manners the art world has never before allowed, encased in bold color, posing with flowers, vulnerable.

Ron Geibel rearranges and reinvents an established symbol from his portfolio. He muddies the definition of a shape that refers to sex toys, and in turn, queer identity, by first translating them into porcelain facsimiles and then towering them into amorphous and confrontational beings. Offhandedly, they turn an element of a private act into something ubiquitous and even decorative.

Other artists in the group investigate materiality. Landon O’Brien’s assemblage sculptures juxtapose the dark and weathered industrial with the environmental and everyday to create objects meant for focused meditation. In a protruding and distorting installation series, Jenn Hassin repurposes tattered military letters and her clothing and undermines the power they hold by erecting haunting relics from their ashes.

Rounding out the group, Adrian Aguilera questions the necessity of materials or the presence of physical objects by presenting a projector slideshow without pictures, replacing those with a revolving display of evocative captions for the images that don’t exist. This particular effort is an echo of Aguilera’s earlier work where snippets of a larger entity, be it a map or landscape or archaeological photograph, become the whole of the work.

This push and pull between new and old influences anchor the pieces in this show to this moment in time. It operates as a vacuum-sealed time capsule. We can’t know to what extent the process of critique and insight collection had on this body of work, but we do know it’s entirely a product of collaboration, and that’s inimitable.

Beyond curating an exhibition on behalf of the artists, the Crit Group program as part of its mission also provides expert assistance in the realms of self-promotion and self-preservation by leading workshops on grant writing, writing an artist statement, and so on.

For artists, society values early genius as the means of becoming profitable, and profitability is considered the only way to make it as an artist. That leaves no space for growth over a life’s career.

This group show says what needs to be said: Artists should be allowed to grow.