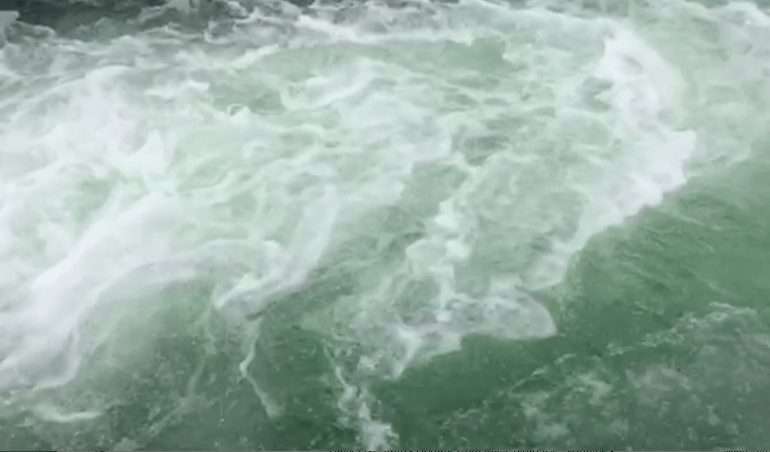 Though widely known for his narrative-based music — sweeping scores for films, theater and ballets, or the jewel-like chamber opera “Pancho Villa From a Safe Distance” — Graham Reynolds finds abundant inspiration in the sciences.

This fall in New York, under the aegis of his Golden Hornet organization, Reynolds will present “The Sound of Science,” a multi-national project involving eight new pieces of music by seven celebrated composers each of whom paired with a scientis to ceate music reflective of the that scientist’s life and practice. All the pieces are written for amplified cello and electronics will be performed by renowned cellist Jeffrey Zeigler, long time member of Kronos Quartet. “The Sound of Science” will premiere at New York’s National Sawdust Nov. 10, followed by performances in Austin, Mexico City and beyond.

Currently, here in Austin, Reynolds is shaping “Water Music,” a suite based on his work with Forklift Danceworks. Reynolds is workshopping the piece in a series of free concerts this month at Dive Bar.

Also in Austin, on Sept. 22, Fast Forward Austin will present a free concert of Reynolds’ “The Difference Engine,” his 2010 suite for chamber ensemble that charts the story of 19th-century inventor and mathematician Charles Babbage who originated — but never realized — the concept of a digital programmable computer.

Sightlines: Can you tell us about “Water Music” and what you’re working towards with it?
Graham Reynolds: In classical music there’s a tradition of taking a score written to support another medium, like dance or theater, and turning it into a suite for concert music performance, minus the other medium.This is the start of what “Water Music” is. I’ve been composing for a three part collaboration between Forklift Danceworks and the Austin Aquatics Department. “Water Music” takes pieces that we used for that series, that were composed for it but went unused, and new music I’m working on and puts them together into a music only performance. I’ve been meeting with people whose lives revolve around music, from a Texas water rights expert to a jellyfish author, to gain insight and inspiration.

SL: You have a deep interest in science. Where does it come from?
GR: Growing up, my interests always stayed in parallel with the teachers I found most inspiring. My seventh grade Earth Science teacher, Mr. Meusel, was one of those inspiring figures. For better or worse, I refocused on music and never found a science teacher as compelling. Now I’ve been getting back in touch with that passion that’s laid dormant for decades.

SL: Why try out new compositions in front of an audience? What do you learn from trying out new work in public?
GR: Music can function as a solitary experience, with only the listener and a pair of nice headphones. But most music experiences are communal and the music is meant to be a dialogue. I like to try material out to discover what works best in conversation with an audience and pursue those ideas. I also find myself stretching myself in unexpected directions with an audience so studio time and live performance time both help in the development of a new piece.