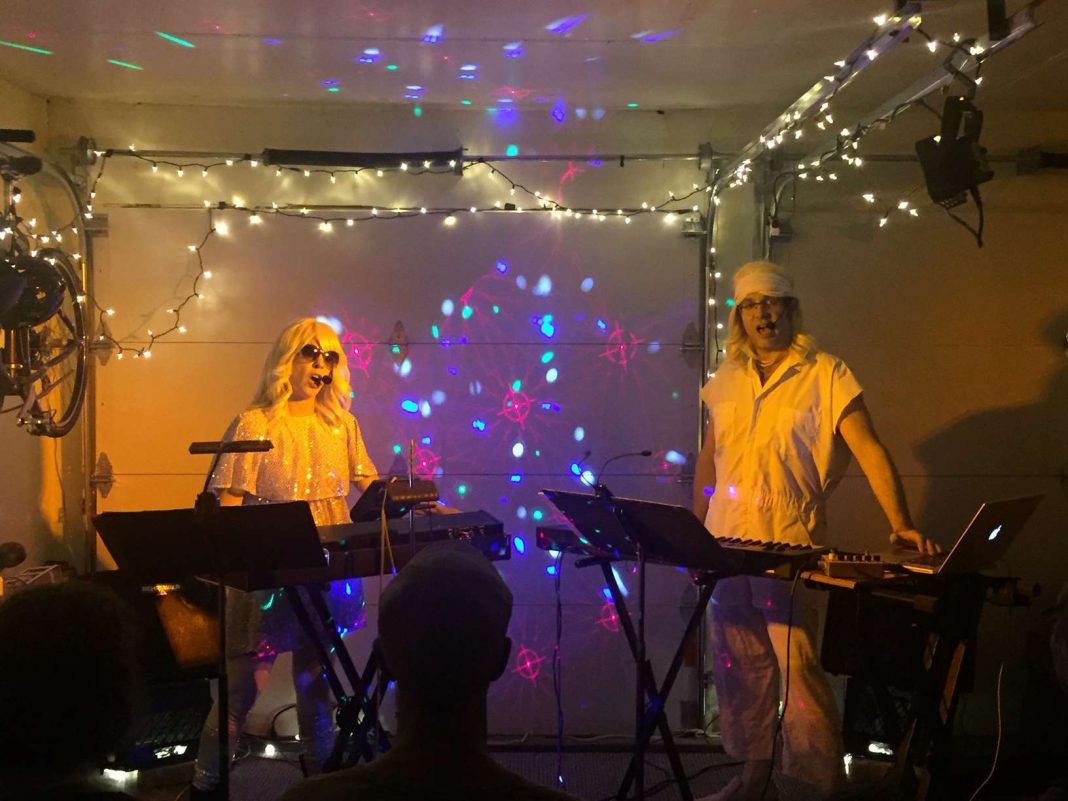 In 2016, Austin composer Peter Stopschinski headed to Melbourne, Australia, where his arrangement of Verdi’s opera ‘Macbeth,’ aka ‘The Scottish Opera,’ was premiered.

Stopschinski’s partner, Lana Lesley, who is a founding member of Austin’s much-lauded theater collective Rude Mechs, went along on the trip. Also, Stopschinski grabbed an IKEA catalog to bring because, as he told me, “I thought it would be fun to have Lana read from it.”

Lesley is just the kind of inimitably compelling performer to give even a tax form a brilliant, droll, comedic reading. But the duo made their task even more interesting by redacting the catalog’s hyper-friendly marketing text, and in places adding to it.

That morphed into Grageriart, a performance project that Stopschinski and Lesley have been trying out in different formats for the last year, sometimes playing clubs, but always slipping somewhere between fictive, contrived theater and a set by two-member band. Essentially, though, Grageriart is the duo musically performing their much altered marketing text as an “aural catalog.” (On its Facebook page, Grageriart is listed as a band.)

On Black Friday, in white blond wigs and white outfits, Stopschinski and Lesley launched the latest iteration of their show, a trippy, clever 55-minute synthesizer-laden sardonic musical comment on what might be called late-stage global capitalist consumerism.

“Grageriart is lifestyle,” the couple sing-talk through voice-altering software mimicing robots or Siri and other computer-generated voices. “Grageriart is living someone else’s best life. Grageriart is wanting what they have.”

For this Grageriart performance — called “Garage Art” — the couple is performing in the garage of their Austin home, the audience limited to 15 people. Halfway through the show, we all stop for a coffee and snack break, served on tidy cup-and-saucer ware.

Outside there is a table selling Grageriart clothing — used shirts that have been silkscreened with the “Grageriart: We Want What You Have” logo. Pre-show, we are served gluten-free, vegan treats that are listed on the Cafeteriart Menu which is handed out to each audience member.

There’s little about any lifestyle brand’s all-consuming consumerist worldview that Stopschinski and Lesley do not skewer wickedly in their compact, charmingly weird and wholly entertaining show. A cutely-named line of knives made just for children? Why sure, we’d buy that from the Grageriart catalog.

The duo is working toward a stage production, tentatively titled “Design for Everyone” that will be workshopped in the spring.

Let’s all hope the Cafeteriart will be open.

Grageriart Garage Art continues Dec. 2, 9 and 15. It is technically sold out but spots may become available and a waitlist is taken for each show. rudemechs.com/upcomingevents

To hear, is to play in ‘Omikronian’