For composer Russell Podgorsek, music is potent — and playful

Russell Podgorek’s office at the University of Texas’ Butler School of Music might be the key to understanding his compositional style. The working space accommodates an electric guitar and its amplifier which stand opposite an upright piano, two seemingly disparate instruments that have both found a place in the composer’s artistic vision.

Podgorsek pulls from several musical styles, and although his current artistic practice is in the contemporary classical mode, the Austin-based composer didn’t start his musical journey classically-trained.

“When I was about 10 or 11, I discovered heavy metal,” he explains, gesturing to the maroon electric guitar resting on its stand.

“I wanted to learn how to play guitar and my father was an amateur guitarist so there was always a guitar in the house.”

Podgorsek studied music formally in his Connecticut high school, enrolling in a music theory course in and picking up another, more classical instrument.

“When I was 16, I decided I wanted to play the violin,” he says. “And as I started into the classical world, it seemed natural to make my own music. I had no doubt in my mind that I was on the composition track.”

That led Podgorsek on a sweep of music history as he sampled Baroque, Classical and Romantic music. His musical palette diversified even further in college at the Hartt School of Music where he performed in tango, mariachi, and metal groups. He was also introduced to more modern music, acquiring his first taste of atonality and unorthodox harmonies.

Podgorsek’s university studies, which he continued at the University of Dayton and at UT’s Butler School, also taught him valuable lessons about working within the musical community.

“I wrote this bastardly difficult piano piece,” he recalls. “I didn’t get the part to the pianist in time for her to learn all the intricacies and I remember listening to the performance which I thought was not good. In retrospect, my head was in the wrong place. When your performers give you a reasonable effort in bringing [your piece] to life, it’s a great gift.”

The symbiotic relationship between composer and performer continues to shape Podgorsek’s musical style.

“For the music community, I want to write music that people enjoy playing, and find challenging. familiar, but also interesting,” he explains, stressing that “caring for the performers” is one of a composer’s primary concerns.

“It’s a very complex interaction, a careful balancing act of what the composer wants to accomplish and what the performer can execute. The appeal of the composer-performer relationship is what the player adds to the schematic I hand over in bringing the piece to life.”

“A lot of artists in the last few years have more conspicuously added an element of social action to their music or in some cases just made it more explicit,” he says. “We have to be on the forefront of making statements where we can that aren’t clouded by the nonsense we see on cable TV.”

Podgorsek’s “What Every Woman Ought to Know,” a piece for mezzo-soprano, chamber orchestra, and martial artists is set to a text written by Margaret Garrud, an English jiu jitsu instructor who trained British suffragettes in self defense as they struggled to win their right to vote. When it premiered in 2017 at the Butler School of Music’s Bates Recital Hall, the unconventional piece was accompanied by a live martial arts demonstration, and the audience watched as Podgorsek, who was conducting, was repeatedly thrown to the ground. Though visually and auditorily intriguing, Podgorsek says the purpose of staging this piece in such a way is to “serve as a reminder that we have to be vigilant against misogyny.”

We forget, he says, that historically, racial and gender equality in the U.S. are somewhat novel; women have had the right to vote for less than a hundred years, and racial segregation has only been outlawed for fifty five.

“In this day and age it’s important to amplify the voices of that have historically not been acknowledged.” Podgorsek says, highlighting the potency of music to illuminate social consciousness.

While using music to express social change is not his only artistic aim, it is a responsibility that Podgorsek embraces.

“Music, with the way we manage harmony and rhythm, has this sense of feeling rather than thinking, and that can be vital in getting a point across.” Podgorsek says. “I will be the first to admit that in a lot of ways my life has been very easy and I have to keep that in mind. At what point do I need to serve as an amplifier rather than push my own idea?”

One of Podgorsek’s more recent projects, “The Two of Swords,” a chamber opera based on a short story by Tennessee-based author Kelly Luce, also deviates from the conventional concert experience by including an interactive element. “‘The Two of Swords’ is a magical realist story about a woman who is presented with a mystery through a tarot card, and ultimately exits an abusive relationship,” Podgorsek explains.

The performance calls for an actor use tarot cards to read the fortunes of the audience. And the fortune-telling determines the order of the chamber opera’s movements, each of which corresponds to a card in the tarot deck. The 50-minute “The Two of Swords” will be performed Oct. 12 at UT with mezzo soprano Page Stephens, the Invoke quartet and tarot card artist Rachel Holt.

While writing music with complex social messages, and crafting innovative pieces, Podgorsek nevertheless has not lost sight of the simple and profound impact music can have on a listener.

“People outside of the music community have a different view of what we do,” Podgorsek says. “They see players execute this stuff that’s just a gig to them, but for non-musicians, it can be life-changing.”

“We can’t lose sight of the fact that there’s just something magical in music.” 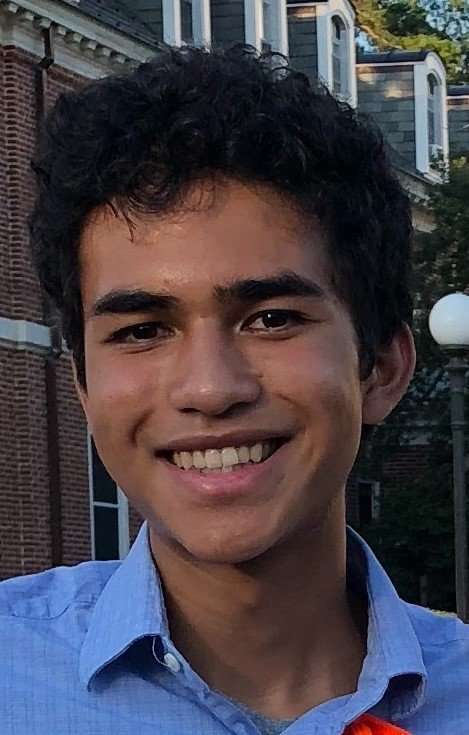 Noah Henson
Noah Henson is a high school student from Austin with a passion for writing and the arts. In his free time, he plays violin, composes music, and runs on the hike and bike trail.