Film review: ‘Sibyl’ offers a very French take on a psychotherapist going off the rails

Performances by Europe’s top stars make this a delight 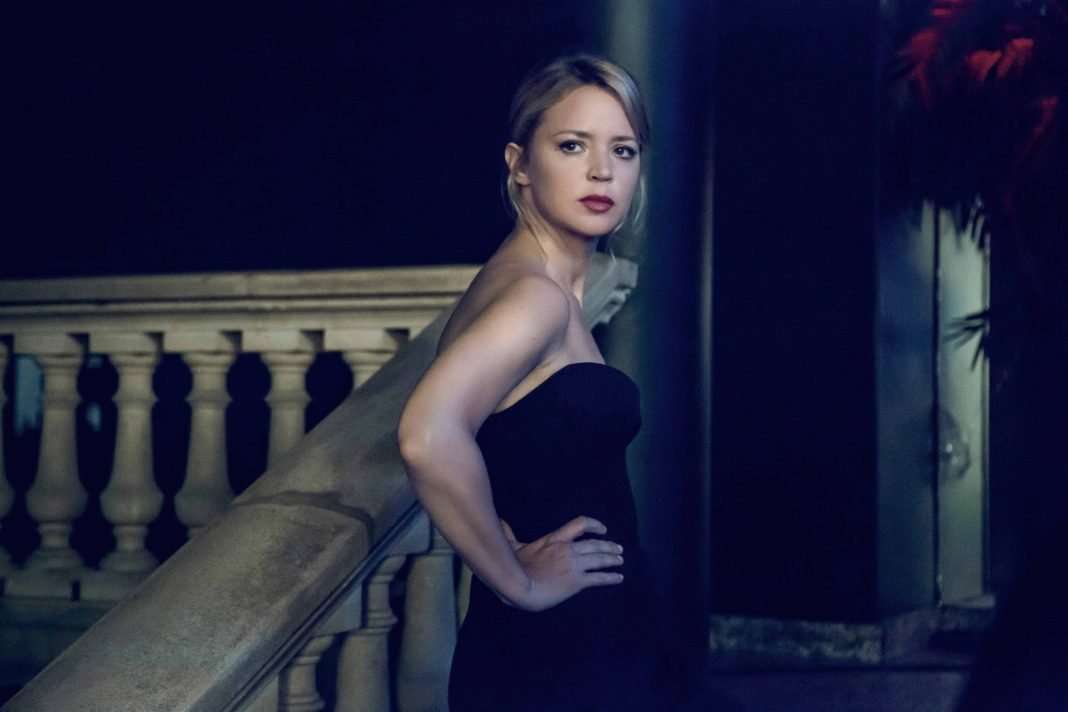 French director Justine Triet lets the craziness rip in “Sibyl,” a twisty tale of a psychotherapist who goes off the rails.

Virginie Efira stars as Sibyl, and a quick description of the character gives you an idea of her complicated life. She’s apparently a successful psychotherapist with a practice in Paris. She’s beautiful. She has a handsome husband, Etienne (Paul Hamy), who seems to dote on Sibyl’s two daughters. Or at least we think he’s her husband. We see her more often, having sex, with Gabriel (Niels Schneider), with whom she conceived her younger daughter, Selma.

Sibyl’s sister Edith (Laure Calamy) is quite troubled and describes herself as a 36-year-old still trying to finish her thesis. She’s haunted by their dead mother, who was apparently an alcoholic who committed suicide by crashing her car. Edith pretends to care about Sibyl’s children, but in secret she coaches them on how to manipulate Sibyl emotionally. For instance, after Selma and her mother argue, Selma talks to Edith, who advises her to tell Sibyl something to the effect of: “I’m not sure I have the emotional tools to cope with your problems.” That’s not a direct quote, but you get the idea that Edith wants to drive her psychotherapist sister a bit crazy.

That proves to not be that difficult, because Sibyl is teetering on the edge already. She has already joined Alcoholics Anonymous. She has her own psychotherapist, Dr. Katz (Arthur Harari). And she’s trying to quit a cigarette habit by vaping a lot. And then she decides to change her life: She announces to her family and friends that she is dramatically scaling back her practice and will focus her time on writing a novel. She talks to a literary friend about the project, and he has a few inane tips, but the truth is that Sibyl has no idea how to start writing a novel.

Then comes a frantic phone call from a young actress, Margot (Adele Exarchopoulos). She pleads that Sibyl take her as a client, because she’s having a breakdown that involves being pregnant by her current co-star, Igor (Gaspard Ulliel). Should she have an abortion? Or should she keep the child, as Sibyl did with Selma? And yes, it’s more complicated than that. The director of the new movie, Mika (Sandra Huller), is married to Margot’s lover, Igor.

Sibyl agrees to have a few sessions with Margot, and she surreptitiously begins to tape some of the details of the affair, because she thinks it might make a juicy basis for her novel.

If all of this sounds wild, it is. Triet and co-writer Harari create a deliciously comic and tragic tale reminiscent of Pedro Almodovar’s “Women on the Verge of a Nervous Breakdown.” And by one hour into “Sibyl,” all three of the main women are about to go bonkers.

Much of the pleasure of “Sibyl” derives from watching great European actors tear up the screen.

Huller, who plays the director Mika, is one of Germany’s biggest stars and wowed audiences at the Cannes Film Festival with her powerhouse performance in 2016’s “Toni Erdmann,” directed by Maren Ade.

As Margot, Exarchopoulos enhances on the emotional complexity she showed in 2013’s Cannes sensation, “Blue Is the Warmest Color.”

As Igor, Ulliel continues a string of showy performances that include playing Yves Santi Laurent in Bertrand Bonello’s “Saint Laurent,” which premiered in Cannes. But he’s probably best known to American audiences for his role as Hannibal Lector in Peter Webber’s 2007 film, “Hannibal Rising.”

But the success of “Sibyl” rests primarily on the star, Efira. She has worked with the director before in 2016’s “Victoria,” and it’s clear that Efira and Triet click when they’re together. She has also been a frequent collaborator with director Paul Verhoeven, starring in 2019’s “Benedetta” and 2016’s “Elle.”

“Sibyl” had its world premiere in 2019 at the Cannes Film Festival — in the competition section. Cinephiles around the world recognize the honor of being a competition title, and while being selected doesn’t guarantee that the movie is great, it does bestow a certain artistic bonafide. Music Box Films picked up the U.S. distribution rights for “Sibyl” after its Cannes premiere, and it is being made available to Austin audiences through the Austin Film Society’s website, austinfilm.org/virtual-screenings/

If you’re curious about the latest in European cinema, you might want to check it out.