Jane Fonda, Donald Sutherland join others for 1971 political vaudeville tour in the Pacific 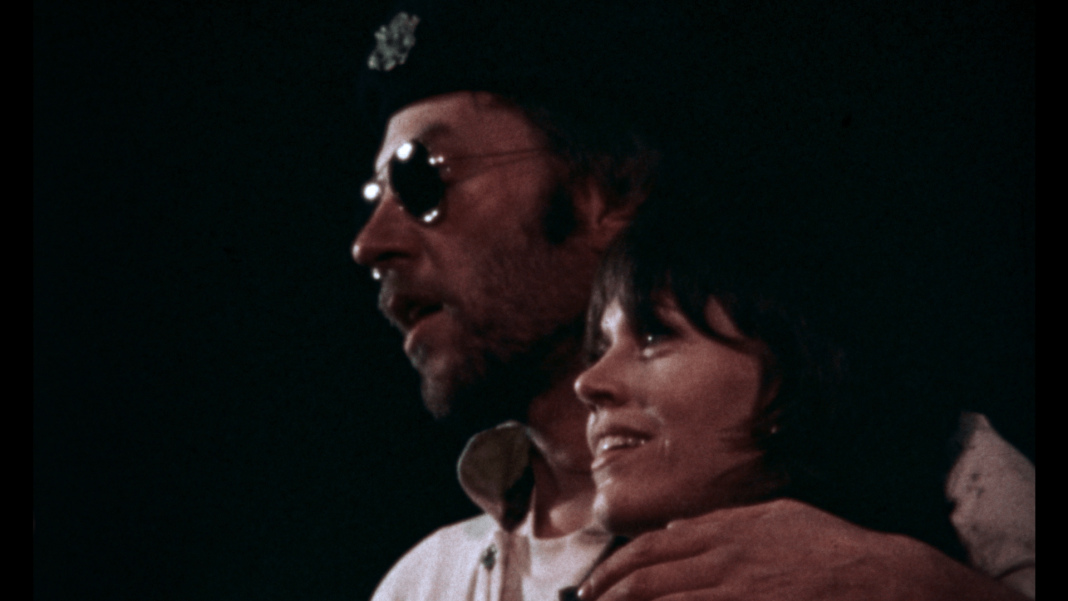 Ah, the Vietnam War. The protest movement. Jane Fonda and Donald Sutherland doing a tour of U.S. military bases in 1971. And director Francine Parker documenting it all.

According to press notes by Kino Lorber, which is distributing a restored version of the controversial documentary, you probably missed the film at theaters when it was released in 1972. That’s because, the distributor says, of a political backlash that led to it being pulled from theaters after only a week or so.

The movie’s title can be interpreted in various ways. The name “F.T.A.” was jokingly derived from the dimwitted Nixonian era military recruitment slogan that promised “Fun, Travel, and Adventure.” But it quickly morphed into “Foxtrot, Tango, Alpha” to “Free the Army” — and later, “F* the Army.”

And when high profile political activists in the United States like Fonda and Sutherland heard that soldiers at bases in the Pacific were starting campaigns against the Vietnam War, they and fellow friends and entertainers put together the “F.T.A. Tour” and flew to such places as Hawaii, Okinawa, the Philippines and Japan to stage a political vaudeville act that rivaled the old USO shows.

Suffice it to say that the tour wasn’t popular with the military higher-ups. But as the documentary shows, the tour was quite popular among rank-and-file soldiers — especially among those from minority groups.

The F.T.A. Tour features sketches and songs from a variety of folks. Fonda and Sutherland team up with Michael Alaimo to mock the military command in some of the sketches. Fonda joins singers Pamela Donegan, Rita Martinson and Holly Near to sing protest songs.

But the best music comes from Len Chandler, who famously sings “My Ass Is Mine.”

In between the variety shows, the camera follows the celebrities as they meet with soldiers who are leading the protest movements on bases. And their stories create a historical document that deserves to be seen.

Fonda has taped an interview that pairs with the documentary, and she explains her motivations and the context for the tour. It’s somewhat surprising that she is returning to her Vietnam protest past, since she has taken so much grief for her stance during the war. But at this point in her life, she seems to be returning to her political ways, joining protests over climate change and going to jail.

The Hollywood Foreign Press Association — the group behind the Golden Globes — pitched in for the restoration project of “F.T.A..” and it’s streaming at the Austin Film Society website.