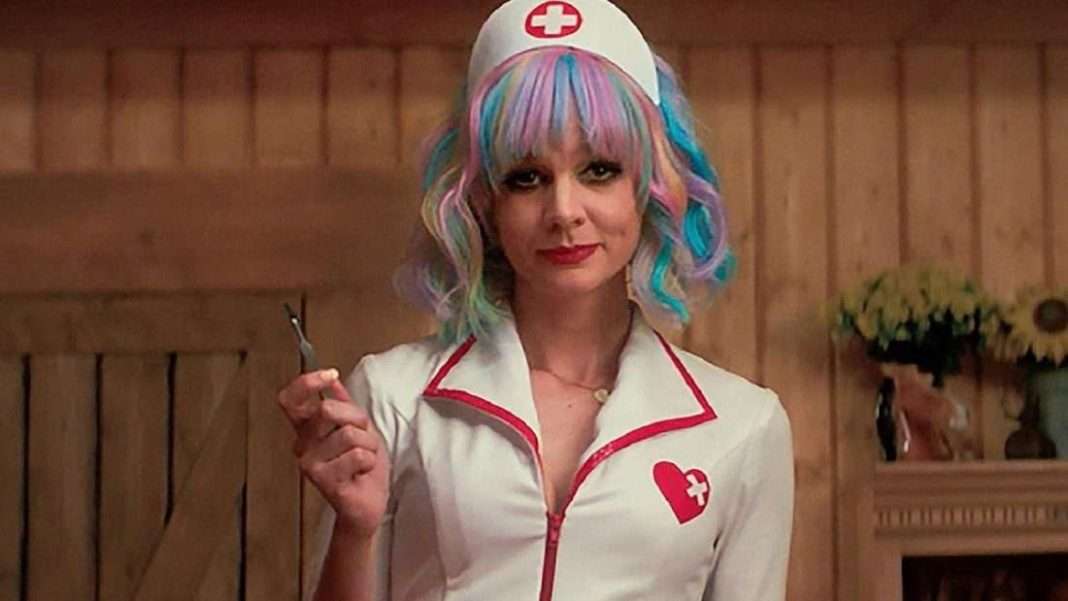 Emerald Fennell is an artistic force like few others. She plays Camilla Parker Bowles on Season 3 of “The Crown.” She was the head writer on Season 2 of “Killing Eve.” And she now has written and directed a shocking, thoroughly original movie that’s just started streaming on various platforms, including Amazon Prime. “Promising Young Woman” and stars Carey Mulligan, who gives a bravura performance.

Mulligan  plays Cassie, who was a promising young woman until a tragic event involving her best friend at a medical school led her to drop out and return home, her future derailed. She spends her days working at a coffee shop with colleague Gail (Laverne Cox), disappointing her parents (Jennifer Coolidge and Clancy Brown), who want her to move out of their house and resume her life.

But Cassie has a secret that she’s keeping from everyone, including her co-workers and parents. At night, she leaves home, goes to bars alone and pretends to be drunk. She’s good-looking, of course, and she inevitably attracts the attention of some man who says he’ll get her home safely. The man usually pretends to be a good guy helping a gal in need. But he almost always ends up taking her to his home and trying to have sex. At this point, Carrie drops the drunken act and lets the guy know just how creepy he is.

That’s basically the gist of the movie until Carrie meets a former medical school friend who’s now a pediatric surgeon. His name is Ryan (Bo Burnham), and he seems not to be like the other men in her life. He comes to the shop for a coffee, and they begin talking and soon start dating.

It looks as though Carrie might finally meet someone who will make her feel less guilt-ridden about her tragic best friend. But Carrie doesn’t seem to be quite ready to let go of her anger.

The result is a genre-bending tale full of black comedy. And you never know where it’s going to end. And you won’t find that out here. But it’s a thrill ride, for sure.

Carrie is smart and determined — and she has a vengeful streak that makes her want to settle scores with the men and women of her past.

As Carrie, Mulligan is brilliant. You can’t help pulling for her. And even though you might feel bad for some of the people who cross her in various late-night adventures, you know that she’s delivering an important wake-up call: that many men who think they’re decent will discover that they’re not so nice after all.

The same goes for the women from her past — those who were in charge of the medical school when she was there, as well as former female friends from those years.

In materials for the press, Fennell has lots to say about the topic. “If you’re writing a film about how we have all been complicit in a toxic sexist abusive culture, the first thing you have to do is look at yourself and how you’ve been part of that,” she says.

“What was important to me about this movie is that there’s nothing in it that isn’t extremely commonplace. I wasn’t interested in making a film that examined terrible crimes and terrible acts of violence and the people that commit those things. I’m much more interested in our culture and thinking, how are we all part of this awful know that we need to unpick?”

And if you’re ready to “unpick” the toxic, sexist culture of the world, then “Promising Young Woman” offers some strong commentary on the subject. It’s both entertaining and horrifying.

“Promising Young Woman” is screening on Amazon Prime and in theaters at Alamo Drafthouse Cinema.