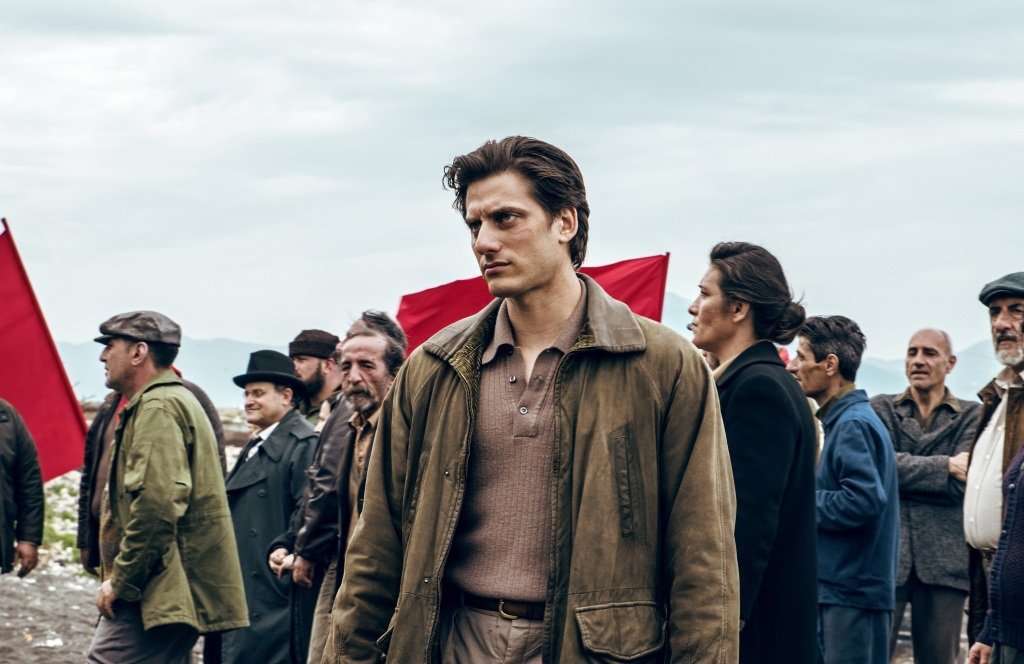 “Martin Eden,” the new movie from Italian director Pietro Marcello, is an epic tale in the grand tradition of 16mm cinema. It’s based on the novel by Jack London, but has been moved from fin de siècle California to an unspecified point in the 20th-century Italy by Marcello and co-writer Maurizio Braucci.

While using many of the traditional features of epic films, Marcello also takes liberties, interspersing historical footage but declining to give dates to various key plot points. And two-thirds of the way through the movie, he makes a significant — and unexplained — leap forward in time. It’s jarring but interesting.

The script also deals heavily with Italian debates over socialism and other political matters but declines to explore fascism in any meaningful way, which was central to Italy during the World War II years. Instead, the script focuses on what’s now seen as a marginal political movement devoted to the extreme individualistic philosophy of Britain’s Herbert Spencer, who’s best known as the father of social Darwinism.

The movie explores all these themes through the title character, Martin Eden (Luca Marinelli). He’s a sailor who saves a young man from the clutches of a bullying security guard at the docks. That young man happens to be Arturo Orsini (Giustiniano Alpi), who is the son of a prominent bourgeois family. And Arturo thanks Martin by inviting him to lunch at the family estate.

While there, he meets the Orsini heiress Elena (Jessica Cressy), and he falls head over heels in love. She lets him borrow books, and he and she have long talks and walks in the garden. It’s rather clear that he’s not a suitable match for Elena, who is educated and culturally sophisticated. But Martin is intelligent and industrious, even though he has only a grammar-school education. And he decides that he will read and study and become a writer.

He lives for a while with his sister and her irritated husband, before finding a kindhearted widow who lets him stay in a spare room in exchange for doing man-about-the-house chores. And no, there’s no romantic relationship between the two. The widow is well-aware of Martin’s love for Elena. She’s also aware, like Elena, that Martin’s manuscripts to publishers are being routinely rejected. As Elena tells him on more than one occasion, Martin is writing about poor people, and nobody wants to read about that. If you hear echoes of Trumpism, that’s understandable.

Martin, however, persists and becomes increasingly fascinated with Spencer’s social Darwinism. He also makes friends with an aging intellectual, Russ Brissenden (Carlo Cecchi), who tries to guide him through leftist politics. Martin resists the allure of socialism and insists on the importance of individualism. He clearly sees himself as a prime example of pulling oneself up by the bootstraps. And he continues to write.

By this time, his political views have alienated Elena’s conservative family, and she knows she cannot keep seeing him. There’s a predictable visit to the estate of his loved one, only to be turned away by the help.

Then the movie fast-forwards — and Martin is a highly successful and wealthy writer. At this point, you start wondering: How on earth does a self-taught writer become so rich and famous? You’ll have to keep wondering, because the screenplay doesn’t dwell on that. Instead, it focuses on Martin’s success — and his increasing disappointment that success has not brought him love or happiness.

It’s been said that London created the character of Martin Eden to show the dangers of extreme individualism. London, of course, had socialist leanings. But there’s more than just politics going on here. Martin seems to be a symbol of failed love — and the heartbreak that won’t go away. So in that sense, he’s quite a tragic character.

To say more will give away too much of the plot. Let’s just say that movie has glorious cinematic moments, and that Luca Marinelli, who plays Martin, seems destined to become a well-known actor not just in Italy but also in the United States. His performance is stunning.

To view the movie, visit the virtual theater offerings at austinfilm.org/virtual-screenings/