Film review: ‘Drive My Car’ takes viewer on a journey of self-discovery 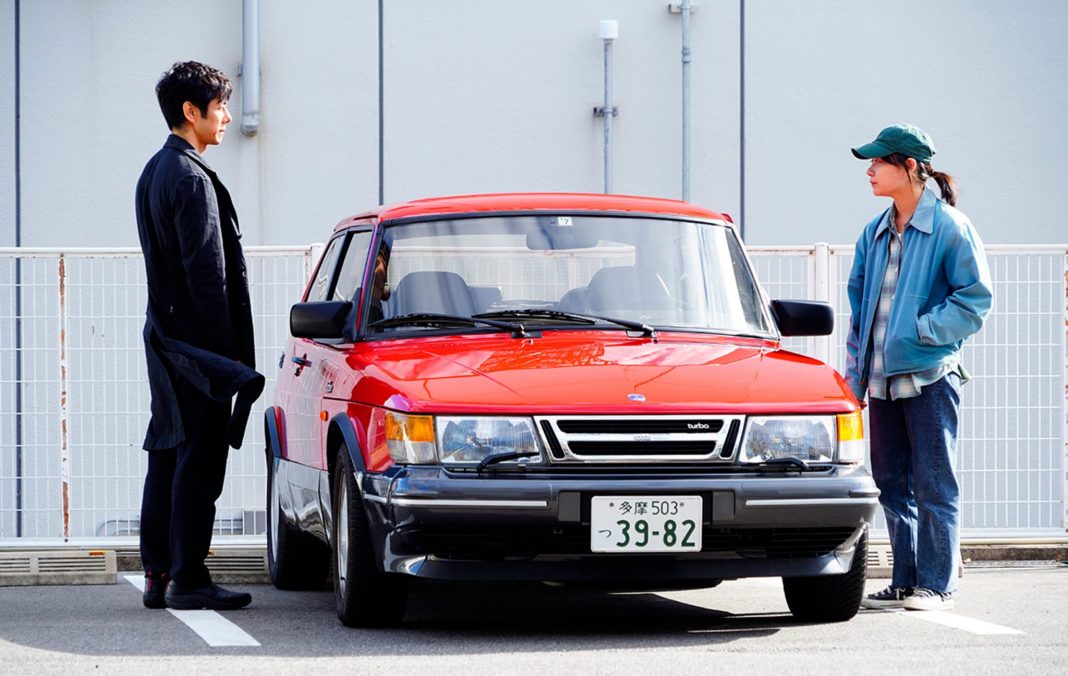 If you’re adventurous enough to watch Japanese movies that are about three hours long, you will be rewarded by “Drive My Car.” It’s easily one of the best movies of the year, and the star of the film, Hidetoshi Nishijima, is probably one of the most overlooked Asian actors (at least in the United States) of all time.

In “Drive My Car,” he proves that he could get — and should get — top billing in any number of American movies. And like 2019’s “Parasite,” from South Korean director Bong Joon-ho, “Drive My Car,” from director Ryusuke Hamaguchi, should go down in history as one of the best of what is clearly a new wave of ground-breaking Asian movies.

Hamaguchi and Takamasa Oe adapt the screenplay from a short story by Haruki Murakami, and their efforts earned them the best screenplay award at the Cannes Film Festival.

The first hour or so of the movie deals with a theater actor and director, Yusuke Kafuku (Nishijima), and his wife Oto (Reika Kiroshima), who is a screenwriter for Japanese television. The movie opens with both of them in bed, having sex, with Oto working through a screenplay out loud. She likes to make up wild stories while having sex, and Yusuke plays along, even adding touches to the stories. He has a great memory, and after the sex-writing session, he repeats the story to Oto word for word, and she writes it down.

Oto, however, spreads her passions around, as we find out later.

The second act is when the opening credits begin to roll, as if the movie has just started. Yusuke has agreed to direct a multilingual version of Chekhov’s “Uncle Vanya” in Hiroshima. He asks for a residence an hour outside of the city, because he likes to practice the lines to his plays while driving his vintage red Saab 900 to work.

But when he gets to Hiroshima, the people who are paying for the production tell Yusuke that he won’t be allowed to drive his car to work — that they will provide a driver, because a previous guest director hit a pedestrian while driving to work. Too much liability. That kind of thing.

At first, the two barely speak to each other, but as time goes on and as the casting of “Uncle Vanya” progresses to rehearsals, Yusuke and Misaki begin to bond while in the Saab, which turns into a sort of confessional booth, with both characters talking about a tragedy in their past.

The play, meanwhile, has some problems. Yusuke has cast Uncle Vanya to be played by Koshi Takasuki (Masaki Okada), a young TV actor who had an affair with Oto.

Koshi sometimes can’t control his emotions during rehearsals — or during his time off, where he tends to assault people who photograph him for the tabloids.

Koshi and Yusuke also have more than one heart-to-heart talk, where several mysteries about Oto are revealed.

The director of “Drive My Car” says he was attracted to Murakami’s short story, in part, because it has acting as one of its themes.

“To act is to hold multiple identities, which is a socially accepted form of insanity, so to speak,” Hamaguchi says. “Doing it as a job is obviously grueling, and sometimes even causes meltdowns. But I know people who have no choice but to do it. And these people who act for a living are in fact healed by that insanity, which enables them to continue living.”

That the actors are re-creating “Uncle Vanya” adds yet another layer to the story, since Vanya is a bitter man who thinks life has passed him by. Yusuke isn’t a mirror of Uncle Vanya, but Yusuke has plenty of regrets.

“Drive My Car” opens Dec. 17, for a one-week run at the cinemas at the Austin Film Society. austinfilm.org/calendar