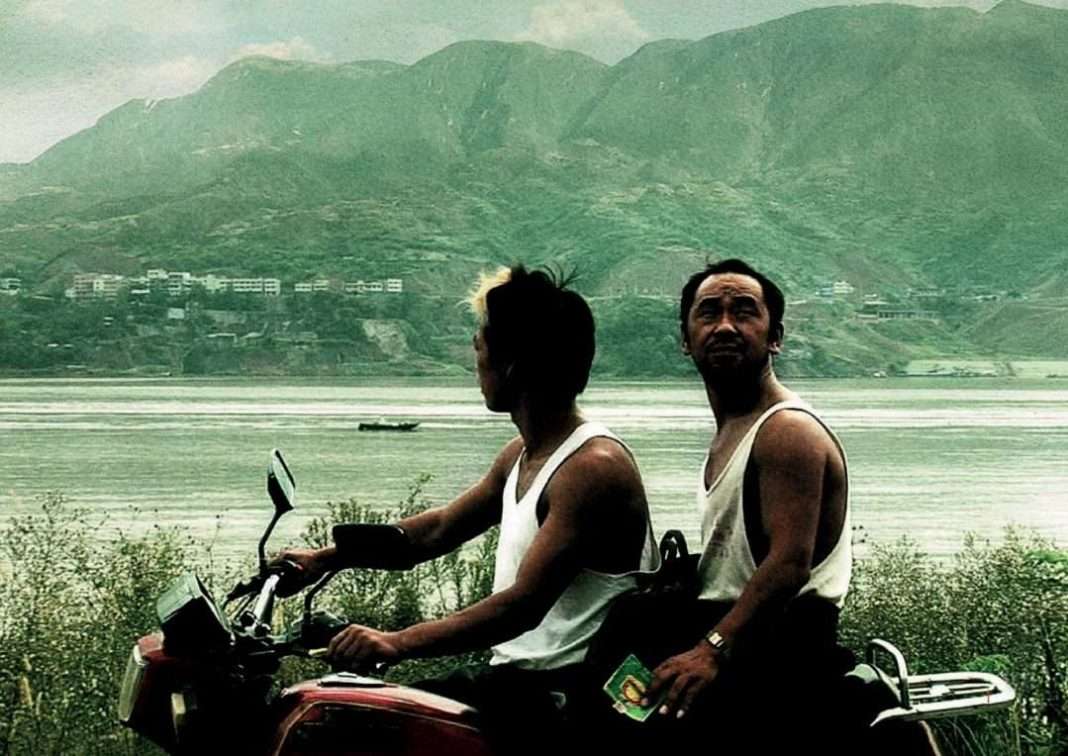 Chinese director Jia Zhang-ke has never made it big in America.

In a way, that’s understandable. He makes art films that focus on everyday Chinese citizens, many of whom are overwhelmed by the rapid changes in society and even displaced. His films are a far cry from such epic historical tales as 1993’s “Farewell My Concubine” by Chen Kaige.

But Jia has been building a name for himself, despite the humble nature of his subjects. In 2006, he won the top prize, the Gold Lion, at the Venice International Film Festival for “Still Life,” but it didn’t arrive in the United States till two years later and had box-office receipts of only about $77,000, according to Box Office Mojo, the internet site that keeps track of such things.

Now U.S. audiences — and specifically Austin folks — are getting a chance the screen the film virtually, starting Sept. 25, at the Austin Film Society’s website, austinfilm.org/virtual-screenings

“Still Life” has a deceptively simple story. For the first third of the movie, Sanming, played by Han Sanming, travels to the town of Fengjie, which is scheduled to be permanently flooded over after construction of a dam on the Yangtze River. The damming has long been a goal of the Communist Party, but it means that more than one million people will be displaced and that cities that are at least 2,000 years old will be under water.

Sanming, a coal miner from a northern province, is looking for his wife and his daughter, who have been living in the area. Sanming has their address, and he hires a motorcyclist to take him there. But when the motorcyclist stops and points to a lake as the site of the address, Sanming realizes that his quest might be more complicated than he expected.

He doesn’t give up, however. He joins the ranks of nomad workers who are using sledgehammers to knock down the city’s buildings and continues to question people about the whereabouts of his wife.

The middle of the film follows a nurse, Shen Hong, played by Zhao Tao, who’s looking for her husband in Fengjie, where he has apparently been for two years. Unlike Sanming, she’s clearly middle class, and she quickly meets an archeologist who is trying to salvage ancient items from a dig. The archeologist also happens to be a friend of her husband.

The different paths of these two characters play out amid the grand vistas of China’s Three Gorges, with mountains rising along the Yangtze. And all of this is captured by the cinematography of You Likwai. But there are many scenes of what folks consider to be Jia’s discreet criticism of the Chinese government, showing the poverty and displacement of hundreds of thousands of people, as well as environmental degradation.

Any government criticism, even if it’s oblique, can get Chinese directors into trouble. And Jia has had his share. But he has cooperated with the Chinese censors, even if he doesn’t get financing for his films from the Chinese government. The Three Gorges project has been especially sensitive. Construction began in 1994, after about four decades of planning. The resulting dam, meanwhile, has left a lake of about 400 miles long, with many historical sites flooded.

“Still Life” won the Los Angeles Film Critics Association awards for best foreign-language film and best cinematography. If you get a chance to watch it, courtesy of the Austin Film Society, you’ll see why.

Film review: ‘Crimes of the Future’ is a body horror classic from Cronenberg

Film review: The new ‘Top Gun’ will satisfy the masses