Book review: Fraught families are on full display in the latest collection of short stories from the Austin-based author 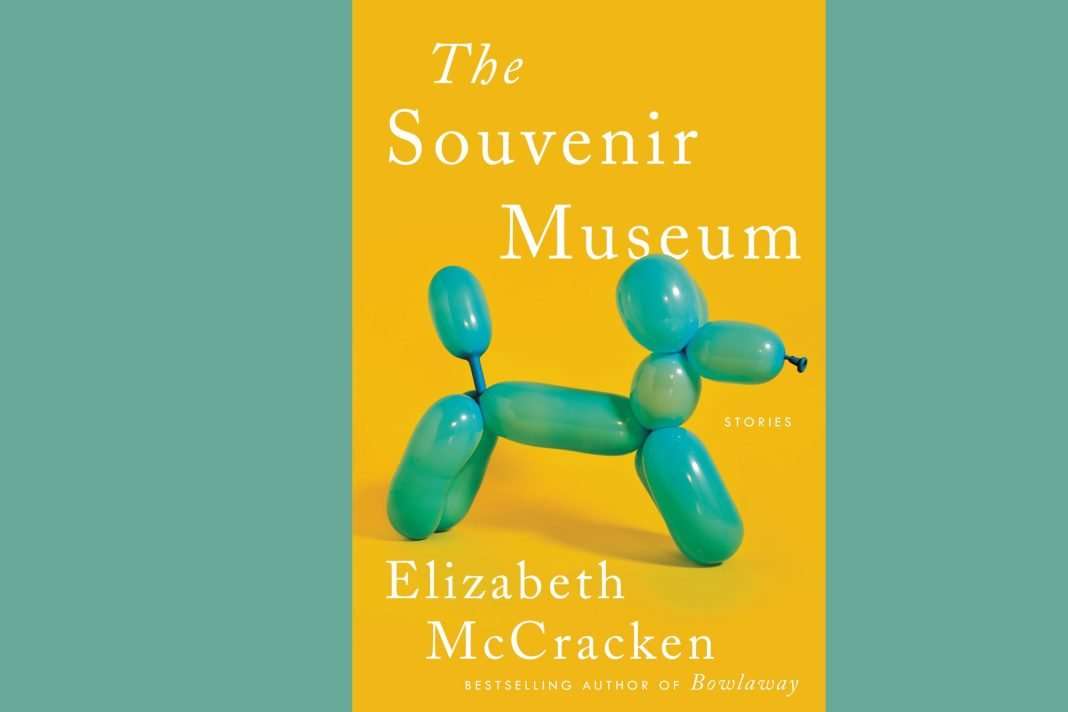 “All shipwrecks begin with a ship,” writes Elizabeth McCracken in “The Souvenir Museum.” Her latest short story collection, recently longlisted for the National Book Award, features characters who relate to one another like ships in the night.

Fraught families are on full display in McCracken’s museum, starting with the book’s amusing opener “The Irish Wedding,” which sets the stage for Sadie and Jack, who appear in a handful of the 12 stories. They have traveled to Ireland for Jack’s sister’s wedding — a two-for-one which tosses their nascent relationship into the feral mix of the Valert family for the very first time.

Sadie finds herself laughing uncontrollably at the sister’s wedding, an uncomfortable feeling that carries through to the collection’s final story, “Nothing, Darling, Only Darling, Darling,” when 20 years on, she and Jack finally take the plunge themselves. “So they would marry at last, and Jack would arrange everything, because Sadie, while not a reluctant wife, was at thirty-nine a very reluctant bride.”

The Austin-based McCracken, who teaches at the University of Texas, specializes in reluctant females, women held back by sadness or grief or rage that has cooled. In “It’s Not You,” the only first-person account in the collection, a self-destructive woman nearly drowns in her own self indulgence at the aptly named Narcissus Hotel. In “Birdsong From the Radio” a mother devours her insatiable grief one challah loaf at a time. “That was her nourishment,” writes McCracken. “She lived on bread and good manners and felt sick with her children.”

And then there’s Mistress Mickle, a childless children’s television entertainer, caught in a rough wake when ferrying home to England after spending New Year’s with her hapless half brother in Rotterdam. Mickle, whose real name is Jenny Early, is an American with an Irish passport (“thanks to an immigrant ancestor”), who, like others in the family, prefers living abroad — a privilege that renders her rudderless. Living in a state of statelessness comes up often in these characters’ lives.

We learn in “A Splinter” that long before Jack met Sadie, he had been a ventriloquist’s assistant in England. Jack, a high schooler from Upstate New York, worked on the QE2 one summer, when he met Lottie and followed her off the ship. An older, domineering type, Lottie teaches him the tricks of her trade — starting with a new name that never unsticks. (“We’ve already got a Lenny.”) In no time, Jack becomes her dummy.

There is much transatlantic back and forth throughout this collection, thanks in large part to the ballad of Sadie and Jack. The Valerts are British, despite Jack’s upbringing in Ithaca as the youngest and only son. But what he lacks in an English accent, he makes up for with a snobbish affect. “He did not have friends at school because he felt superior to everyone, and also inferior,” notes McCracken.

Jack/Lenny, hails from a chilly hearth that offsets Sadie’s upbringing on the outskirts of Boston with a smothery single mother. We learn in “The Get-Go” that Sadie’s father died when she was young, and that 12 years into their relationship, it remains the unspoken thing. “Sometimes Jack thought that if he could only solve the riddle of Timothy Brody, he could go forward in life. They’d get married. Have a kid.”

Sadie’s mother Linda, reclusive and cagey, places a surprising amount of faith in their eventual marriage. The story “Two Sad Clowns” reveals how Sadie and Jack met at a winter parade in Boston. (Naturally he was there as a puppeteer volunteer.) “What’s Sadie short for?” he asks as they head to a bar. “Sadness,” she replies.

There are other ships in the night besides these two, yet each one seems to indirectly push their thematic relationship along. In the titular “The Souvenir Museum,” Joanna brings her 10-year-old son Leo to Denmark, in search of an old Viking lover who has inherited her recently deceased father’s watch.

Thea in “A Walk-Through Human Heart,” wants things to be right with her daughter, now pregnant with her own daughter, during her visit to Austin. Grackles have a Poe-like presence in this uneasy fable, “strung out on their overhead wires like Morse code.”

In “Proof” an American father and son brave the rugged pagan landscape of a Scottish island in search of puffins. David is treating his ornithologically-inclined father, Louis, to this heart-heavy trip, two months after the death of Arlene: David’s mother, Louis’ wife. “Arlene MacLean met Louis Levine in Wellfleet and took him away,” goes the sing-song story of their union. The plot line ostensibly traces a father and son unsteadily making their way along a narrow cliff for a better view — of the birds, of themselves — but Arlene’s absence is the ocean that has carried them together to this place.

“Robinson Crusoe at the Waterpark” also looks to father and son — two fathers, in fact. Ernest and Bruno are at Schlitterbahn in Galveston with their son Cody when deeper truths rise to the surface. If love means swimming at your own risk, then a waterpark becomes the perfect metaphor for that love. “That was the distressing thing about some people, how their love was like a beaded rope across the pool,” McCracken writes. “The substance was continuous, but it was only the beads that kept it afloat.”

Throughout the “The Souvenir Museum,” the characters push and pull like the ocean itself. “Where did the tide go, when it went out?” McCracken writes at one point, before giving us this terrific image of the bay balling up somewhere in the middle of the ocean.

Then she thinks better of it: “but what if it were a blanket tugged between sleepers, first one side of the bed, then the other?”