Dance review: ‘(Re)current Unrest’ is a high-frequency call to action

When Charles O. Anderson premiered his immersive dancework in 2018, its message was urgent. In 2020 it’s immediate. 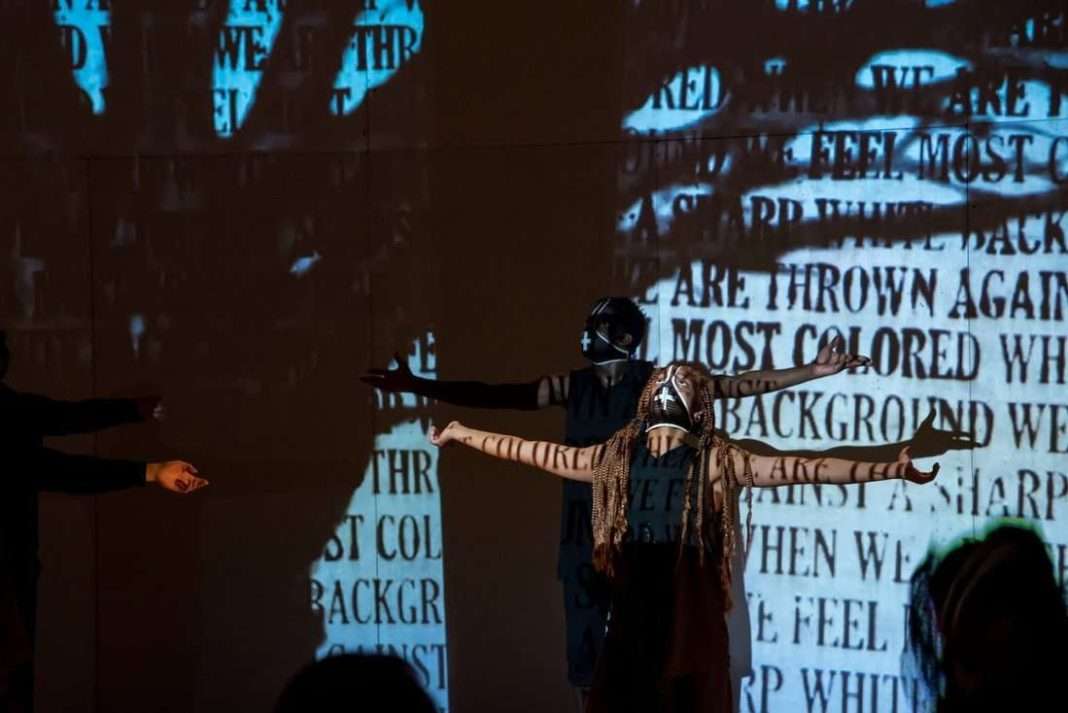 When “(Re)Current Unrest” premiered at the Fusebox Festival in 2018, its message was one of urgency. In 2020 it’s one of immediacy.

Conceived by dancer/choreographer Charles O. Anderson, the head of the University of Texas Dance program and associate professor of African Diaspora Studies, “(Re)Current Unrest” examines systemic inequality through the entangled narrative of the American aesthetic.

It streams on-demand Nov. 22-23 at theatredance.utexas.edu/event/recurrent-unrest-demand

This idea first came to Anderson in 2011, after Beyoncé faced harsh criticism for allegedly stealing dance moves from a Belgian choreographer for her music video “Countdown.” Anne Teresa De Keersmaeker accused the megastar of plagiarism, but the controversy unearthed a larger issue of hypocrisy: Black forms of expression being continually and unabashedly coopted by Whites.

A well-known figure in afro-contemporary choreography and dance theatre, Anderson was already well aware of this double standard. But in light of Beyoncé, he started thinking about cultural appropriation as an inroad for a larger conversation about racial inequality.

In a 2018 interview with Fusebox Festival’s Anna Gallagher-Ross, Anderson discussed the controversy with De Keersmaeker, pointing out her use of early Steve Reich compositions—which feature manipulated audio recordings of Black voices—in her own dance pieces.

It led Anderson to reexamine his own inner conflict pertaining to Reich, a White classically trained composer whose use of repetitive loops laid the groundwork for hip-hop. (In 1999, Rolling Stone dubbed Reich “The Father of Sampling.”)

When Anderson began developing “(Re)Current Unrest” back in 2016, he chose to incorporate three of Reich’s earliest compositions: “It’s Gonna Rain” “Come Out” and “Pendulum.” Considered to be Reich’s first major work, “It’s Gonna Rain” captures and distorts the voice of a Black Pentecostal preacher railing about the End Times on a street in San Francisco. Reich was able to manipulate the tape loop and turn the preacher’s charismatic sermon into abstract sound

It resurges throughout the performance, amidst a slew of recordings which include James Baldwin, the poet Gil Scott-Heron, and N.W.A., like a rich auditory backdrop of our American imbroglio. Anderson’s own voice rings out from the stage at times, conjuring the dead, reciting our cities, indicting America: This land was made for you, not me.

He counts us down, from the centuries, years, months, and minutes, to right now. The production’s title, with its parenthetical reminder of our country’s on-going turmoil, proves his very point: (Re)current is still counting. The dancers, including Anderson, wear either black or white hooded outfits: a brilliantly casual delineation of the black hoodie and white hood. Their face coverings, black cloth marked with a white cross, are similar to what they wore for Fusebox in 2018. But now they are worn out of necessity rather than as an accessory.

The stage is lit in a midnight blue, as a digitized rain falls hard. A rope swing hangs in the space as an eerie evocation; a monument of ladders serves as the center point for the ensemble’s circular procession. At times, they appear more like a gathering of protestors than a group of dancers: the choreography is a reenactment of American unrest. Bygone eras quickly careen toward the now.

Enter Trump, whose incessant score is akin to a strobe-light induced seizure. “I am the least racist person you have ever met” and “I have tremendous respect for women” keep pummeling until the performers start clapping in sync with his endless assertions. “What do you have to lose” is on a four-year loop. “This American carnage stops right here and stops right now,” suddenly makes sense on repeat.

Anderson’s hourlong masterpiece is as much sensory overload as you could hope for with a livestream performance. (It ran on October 16 and 17, as part of Texas Performing Arts’s mini-series of virtual events.) Immersive and transfixing: the performance is a high-frequency call to action.

“(Re)Current Unrest,” for all its immediacy, concludes quietly, respectfully. Anderson performs a beautiful little tap dance number to the tune, “A Change is Gonna Come,” while the images of those who have been killed materialize in the background.

Free of the loops, circles, and endless repetitions. No longer stuck on repeat.