Burning the System to the Ground: On Reading Claire Vaye Watkins 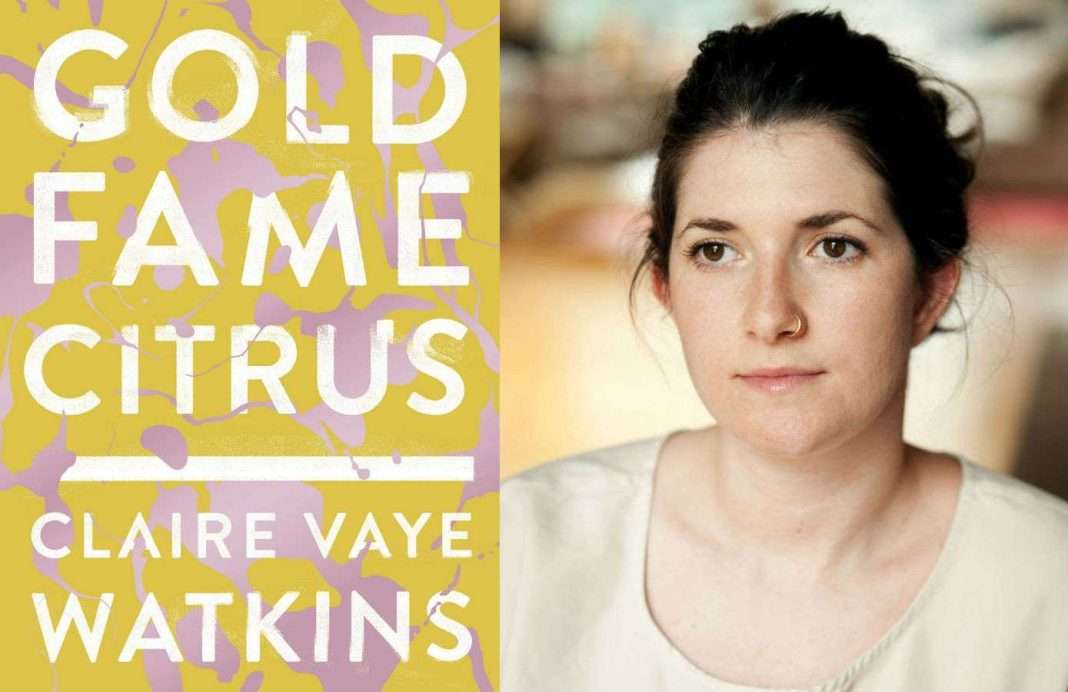 Claire Vaye Watkins is a writer who can shock, inspire, and disgust you — sometimes all three within the space of a sentence. Her debut collection, “Battleborn,” explores the stories and mythologies of the American West, following the prospectors who first crossed Nevada, teenage girls growing up near the Las Vegas Strip, a middle-aged man living out on Black Rock, and many others.

In “Man-O-War,” Watkins tells the story of Harris, an old prospector who discovers a pregnant teenage girl in the desert and brings her home, cares for her, and reminisces about his ex-wife’s pregnancy many years ago. He imagines caring for the girl for the duration of the pregnancy:

[su_pullquote]Claire Vaye Watkins will be a featured at the Michener Center for Writers reading series, 7 p.m. Feb. 7[/su_pullquote]

Of course, things don’t turn out the way Harris had hoped they would, and in the end, he is unable to protect the girl from the dark future that lies ahead of her. But Watkins’ power lies in her ability to capture the unflinching, unromantic moments that define people’s lives in crisp and spare prose — and to make us feel for characters who struggle to understand their own emotions.

Watkins’ debut novel, “Gold Fame Citrus,” again takes us to the West, but instead of back to the Wild West of the past to a near future in Southern California in which all the water is gone. Luz, and her boyfriend, Ray, discover a two-year-old who needs their help, and decide to set off east in search of a better life. Instead, they find themselves in the desert, where Luz must decide between protecting the child and following her own desires.

Throughout both her collection and novel, the landscape of Nevada and California and the mythology of the West permeates her prose and is reflected in the roughness and wild beauty of her characters.

Much like the wide-ranging palette of her prose, Watkins herself defies categorization. She made waves in 2015, when she penned an essay for Tin House magazine, “On Pandering,” in which she wrote of an incident with a male writer and editor when she was first trying to launch her professional career, and how she saw herself transformed in his eyes from a writer to “a drunk girl unable to tell her own story.” But she doesn’t stop at eviscerating this author. Instead, Watkins then turns her wit and sharp criticism inwards, towards her own pattern of identifying with and wanting to please white men.

“I wrote ‘Battleborn’ for white men, toward them,” Watkins says in the essay. “If you hold the book to a certain light, you’ll see it as an exercise in self-hazing, a product of working-class madness, the female strain. So, natural then that ‘Battleborn’ was well-received by the white male lit establishment: it was written for them. The whole book’s a pander. Look, I said with my stories: I can write old men, I can write sex, I can write abortion. I can write hard, unflinching, unsentimental. I can write an old man getting a boner!”

Watkins goes on to note how happy she was and then later dismayed by her own excitement at having written something old white men would like: “She can write like a man, they said, by which they meant, She can write.”

And she tries to imagine a world in which we can traverse the boundaries of gender and identity and genre and “write things that are uncategorizable, rather than something that panders.” Watkins implores us, in the end, to burn the “motherfucking system to the ground and build something better.”

At the time it was written, “On Pandering” became a viral hit throughout the literary world. Man Booker winner Marlon James responded that many authors of color felt pressure to pander to white women in order to sell their books. Later, Watkins and James discussed on NPR how their words had started a wider conversation about how pandering limits both the representation of marginalized communities in fiction but also what we expect of readers, who might be willing to take a risk on a new voice if we let them.

Since then, Watkins published her debut novel, which takes a sharp turn towards science fiction and the speculative, focuses on a female protagonist who is ambiguous about motherhood, and leaves the reader wondering how to even describe what they’ve read —i t doesn’t fit into any easy category. On that front, it seems, Watkins is succeeding.

Amanda Faraonehttp://www.amandafaraone.com/
Amanda Faraone is a writer. Her fiction and interviews have appeared in Curbside Splendor, Ghost Ocean Magazine, and BOMB, among others. She received a BA with High Honors in Sociology from Wesleyan University and an MFA in Fiction from Brooklyn College. Until 2016, she worked at One Story and curated the reading series Flint Fiction in Brooklyn. She now lives in Austin, where she volunteers with American Short Fiction and edits her debut novel about teenage girls and love magic.