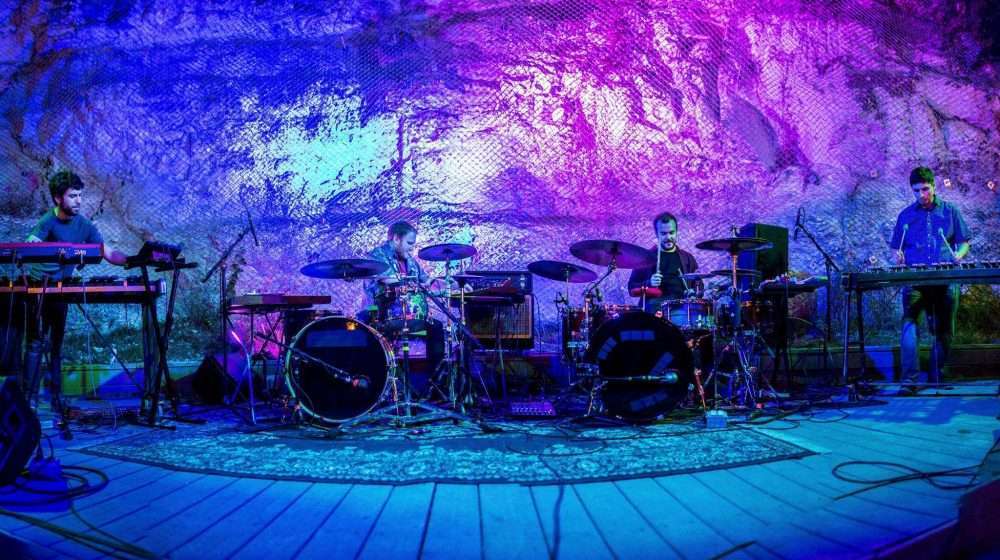 When you’re balancing band practice, dictation exams, and recitals, it can be easy to forget that the primary verb in playing music is play.

To this end, one of Austin’s most dynamic ensembles, the Kraken Quartet, is expanding into community outreach with their first annual Austin Percussion Festival. Taking place May 10 at Imagine Art Austin, the festival will bring together percussion ensembles young and old, professional and community-driven from across Austin to showcase the diverse sounds of percussion.

The project promotes the growth of percussion communities particularly among Austin’s youth. Kraken Quartet member, Chris Demetriou, says that the idea for the festival was born out of the desire to offer young musicians an alternative to the more competition and grade-oriented structures that exist in music education — something that he and the quartet’s other members have all noticed while working as teachers.

“We wanted to present a music education opportunity that reflects what we do as a band and what’s important to us in our professional musician lives,” he says.

This includes showing young players what it’s like to engage in music outside of a strictly academic setting. In looking back at Kraken Quaret’s trajectory, Demetriou recounts that it was performing in this kind of environment that he and his fellow band members managed to get together in the first place. “We had a sense of comradery within school, but I think a really big turning point for us as a band was when we decided that it was important to us to become part of the area’s music community,” he says.

“That’s when a lot of things opened up for us in terms of our understanding of what we could do and what we like to do — when we started building relationships with people that were doing very different types of music from us and in very different situations. So I guess, in a way, the festival is influenced by what sparked us to pursue the group. We’re hoping to provide that type of experience for students.”

Although fundraising for the festival was a new experience for the quartet, figuring out how to communicate the value of music without actually playing music benefited the festival’s identity in the process. “Two years ago when this idea first came up, it was like ‘hey let’s do a thing with a bunch of people,’” Demetriou musingly recalls.

“It came down to a lot of asking ourselves what we’re trying to accomplish and what about that people might want to support. Every time we had to present it to someone else we kind of redefined what it is we’re doing.”

Festival goers will have the chance to win prize raffles donated from local businesses, such as The Texas Stars, Cuvee Coffee, Tommy’s Drum Shop, and more. Of course, free percussion performances will be present as well.

In addition to Kraken Quartet, the festival will feature the talents of Austin Samba, UT Austin Percussion Ensemble, student bucket drummers from Austin Soundwaves, and the Round Rock High School Percussion Ensemble. As part of the festival’s initiative, the participating middle school and high school students are engaging in workshops with Kraken and other ensembles, giving them an introduction to the professional music community of Austin.

Each ensemble will provide their own unique repertoire for the evening, concluding with an expansive all hands-on-deck performance at the end of the night. From the electronic, rock-adjacent arrangements of Kraken Quartet to the traditional Brazilian sounds of Austin Samba, Austin Percussion Festival will also be a testament to the surprisingly varied forms that percussion music can take.

“As with any thing in music, percussion has so much depth — there’s so many aspects of percussion I know I’ve never touched despite having been exploring it for so many years. We’re hoping that someone can come to this concert and almost, in a way, forget that it’s just a percussion show.”

With the festival still upcoming, Demetriou says Kraken is already thinking up more ways to grow the next Austin Percussion Festival and reach more up-and-coming percussionists, including facilitating more cross-institutional interactions between schools. The result will be showing kids something that’s admittedly hard to learn at any point in life — that the world is a lot bigger than you think it is.

“Say you’re in a high school and then all of a sudden you have this festival that you’re playing in, land rather it being a competition or exhibition, you’re playing alongside students from a high school that’s 20 miles down the road — with members of the musical community,” he says.

“We’re hoping that’s something that encourages students to be more involved in the Austin music scene and also show what other things are possible.”

Following Instinct with the Kraken Quartet