I caught up with artist Michael Anthony García by phone recently, from his Northeast Austin home and studio about his artistic practice in quarantine, and his thoughts on cultural institutions reopening.

Beyond being a practicing artist, García is a literacy specialist at Winn Elementary School, a position he’s had since 2001. Right before COVID-19 hit, he celebrated being admitted to the Art Institute of Chicago’s Low-Res MFA program, designed for mid-career artists. However now, he will conduct the first of three summer residences here in Austin instead traveling to Chicago.

Last fall I spoke with García about  his photographic works that were on exhibit at the Elisabet Ney Museum. He is also known for his sculptural and performative works, often involving fabric.

García has been using the extra time at home to focus less on object-making and more on playing guitar, cleaning out his overflowing studio space and, more recently, resuming production of the podcast he co-hosts, El Puente, one the efforts of PocaMadre Media, a collective that amplifies the artistic out put of people of color LGBTQ community.

“People are still trying to process their own emotional states. I’ve really backed off the production of objects in my space, as I am reevaluating,” García says. “You get to this point where one of the thoughts floating in your head is ‘well, what’s the point of making another object? How is that going to affect any kind of change?’ Especially now with this new extra layer of the Black Lives Matter movement, trying to bring attention to their cause, so it’s a lot to think about.”

Reorganizing his home studio forced him to let go of ideas that never materialized, and allowed him the free space to set up a green screen which he will use to produce video performance work. Participating in some online programming during the pandemic also gave him the push to explore video work, he says.

“I’ve seen a couple exhibitions that people did online and it just has such a cold feel to it and that interface between you and the work is so cold,” García says. “That is one of the reasons I’m also interested in getting more into video because — at least that can be a little more dynamic.”

At home during the pandemic, García had a chance to revisit making music, something he did more often before diving fully into his other love, visual art. To stave off the boredom early on García made a couple of music videos for songs he had written.

“For some reason, I’ve just fallen back into music as a comfort. I think part of it is there’s no expectations that I have for myself with it, like I have for my visual art practice,” García says. “I’ve started playing the piano again, guitar, I hadn’t picked up a guitar in years, trying to relearn old songs that I’d written and I wrote some new ones.”

García lives alone and says one of the hardest parts about quarantine for him has been missing the interactions with his artistic community. He hopes arts audiences will have a newfound appreciation for the intimacy that comes from physically being in an art space when museums reopen.

“I went for a huge stretch of time where I had not interacted with another human being in person. I was craving that intimate connection,” García says.

“When I’d go to an art opening, that was my social network. I would have these great conversations with my friends about artwork, have drinks. And that just vanished suddenly.”

He hasn’t been taking in much online programming though he did attend a couple of artists talks and some Fusebox Festival virtual programming.

“In some ways, it was a little bit easier because you didn’t have to get up off your couch,” he says.

As a public school educator, García experienced firsthand how the coronavirus shutdown heightened deeply rooted problems in the educational system.

“[COVID-19 school closures] really brought to light the inequality,” García says. “We were expecting kids to do things digitally, but a lot of them don’t have computers or WiFi at home, and the school district had to figure out a way to get that to them. Then other kids may have had the technology, but their higher priority was ‘we don’t have food, our parents have lost their jobs’.”

García found that working from home turned his personal sanctuary into a new existential work space suddenly filled with coworkers.

It helped to use a Zoom background that allowed García to appear in place of Freddie Mercury on the album cover of “Bohemian Rhapsody.” But still.

“I’ve always kept my life as a teacher separate from my artistic and personal life. And then all of a sudden, it’s in my home and all the meetings — all the teachers and the principals, everybody, their voices are in my house.” 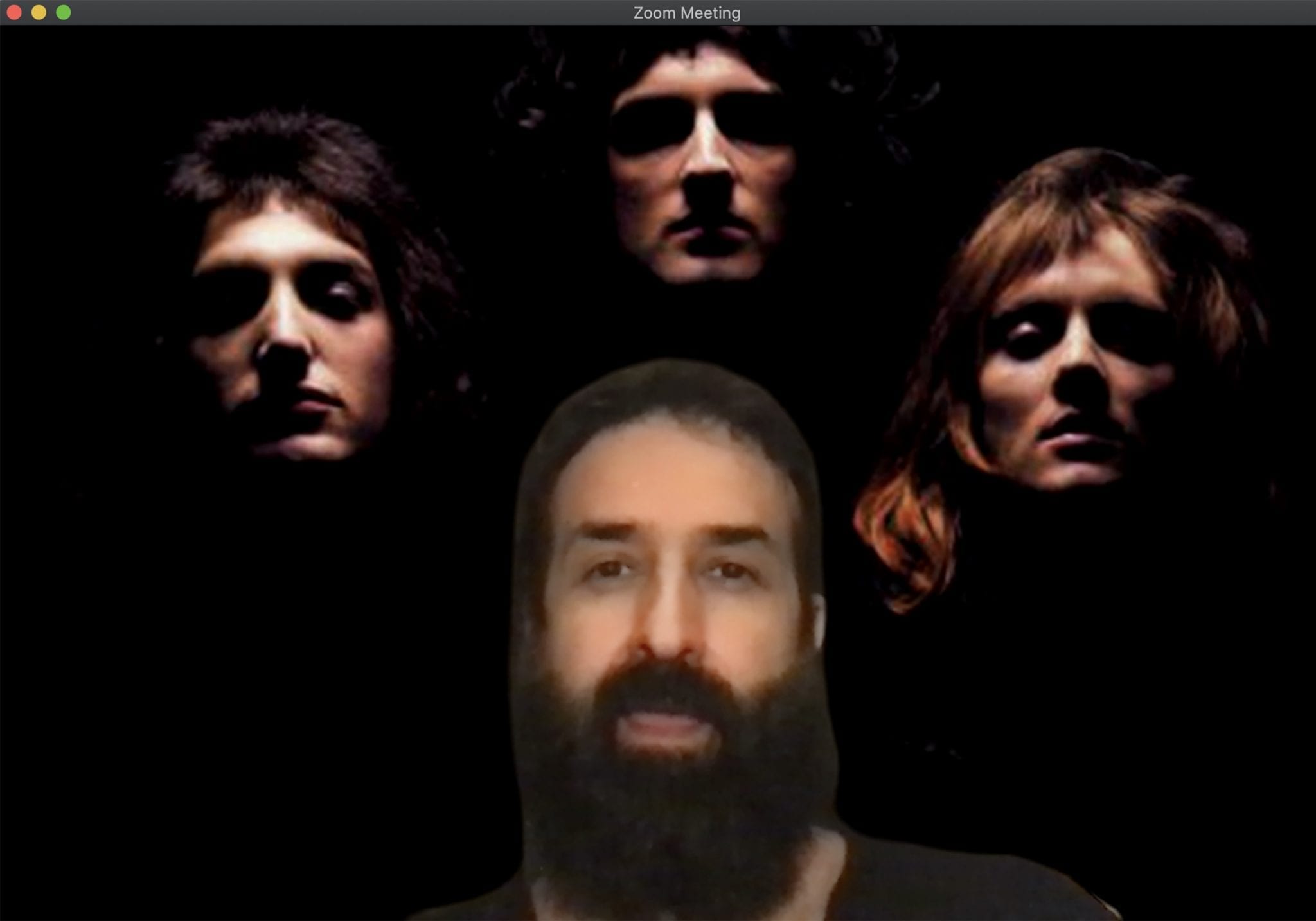 The Line-up: Eight exhibitions in October