The artist lived a thousand lives through her work. A retrospective captures the sheer breadth of what she created.

God, I love a good retrospective.

The exhibition ““Meret Oppenheim: My Exhibition,” on view at the Menil Collection through September 5, hosts work from the 1930s through the 1980s which the curators — MOMA’s Anne Umland and Lee Colón, Kunstmuseum Bern Director Nina Zimmer, and Natalie Dupêcher at the Menil — grouped roughly by decade across six galleries. Far from presenting a narrative arc of the artist’s individual style, “My Exhibition” testifies to the artist’s remarkable versatility.

I can’t imagine what the 1930s in Paris was like for 18-year-old Oppenheim. But from the looks of it in the exhibition, she refused to be boxed in; the artist seemed to have lived a thousand lives through her work, never dwelling very long on one path or another. The sheer breadth of techniques, materials, and subject matter on view is one of the more exciting aspects of the retrospective.

Wonderful moments of storytelling speak to Oppenheim’s tremendous sense of curiosity and her witty economy of language — particularly in the more iconic assemblages such as the white pumps trussed up like a roast chicken and fur-lined beer stein. 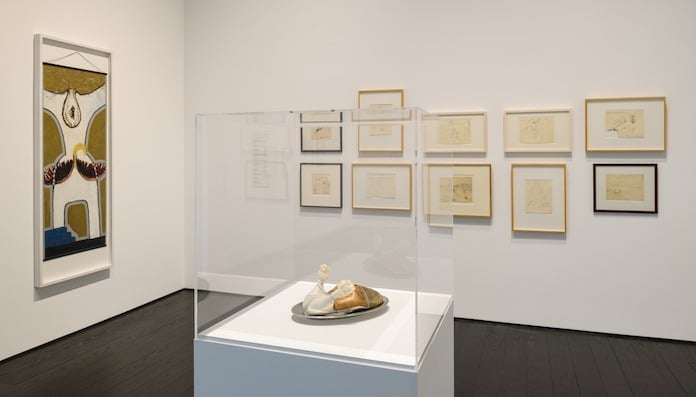 Moreover, a vivacious spirit springs from the radical dance between figural, geometric, and biomorphic forms across media. Earth tones and speckled grays interspersed among brilliant bursts of blues, yellows, and greens cover surfaces that range from modeling clay and metal to wood, cardboard, and canvas. Oppenheim’s irrepressible energy and evocative textures fill the galleries — from the wood-imitation paper and painted cardboard collages of celestial bodies to bronze cast clouds and fantastic paintings of legend and myth. Together, the works feel like a chorus of lively soloists who bring humor, adventure, and stillness to the artist’s expansive retrospective.

Beyond her captivating work, the exhibition highlights Oppenheim’s sense of her place in history. The show begins with traces of a young woman immersed in the vibrant interwar period as she began to carve out her place in the art world. By 1933 she exhibited in the Salon des Surindépendants, had her first solo exhibition, and was included in three international group shows by 1936. All the while she was becoming a key figure in avant-garde circles that developed Surrealism, Cubism, and Dada. Then in 1937 she was ripped out of this exciting new world during the outbreak of WWII and moved to her grandparent’s home in Switzerland.

Despite being thrown off her projected career path, Oppenheim continued to make work with a keen eye on her legacy. Her resilience and tenacity in the face of adversity shines through in a series of over 200 pencil and colored pencil drawings, on 12 large sheets of paper, of works she produced from her childhood and into her seventies. Made in 1983 — just two years before her death — the suggested checklist for a future retrospective offers a singular window into how she intended to be remembered. Other than offering a generous blueprint for future curators, the intimate drawings are a powerful assertion of her unique stamp on the history of Modern art.

During a conversation at the Menil between curator Dupêcher and Oppenheim’s niece Lisa Wenger — one of the executors of the artist’s estate — Dupêcher characterized the artist’s motivation to “exert more control” over her historiography, commenting, “because everyone else [was] getting it wrong.”

Oppenheim had the foresight to act as her own curator, archivist, and historian and write her own history. And if biography is the model for most retrospectives, “Meret Oppenheim: My Exhibition” highlights how invented Oppenheim was in telling her story on her own terms.

“Meret Oppenheim: My Exhibition” continues through Sept. 5 at the Menil Collection, Houston. menil.org 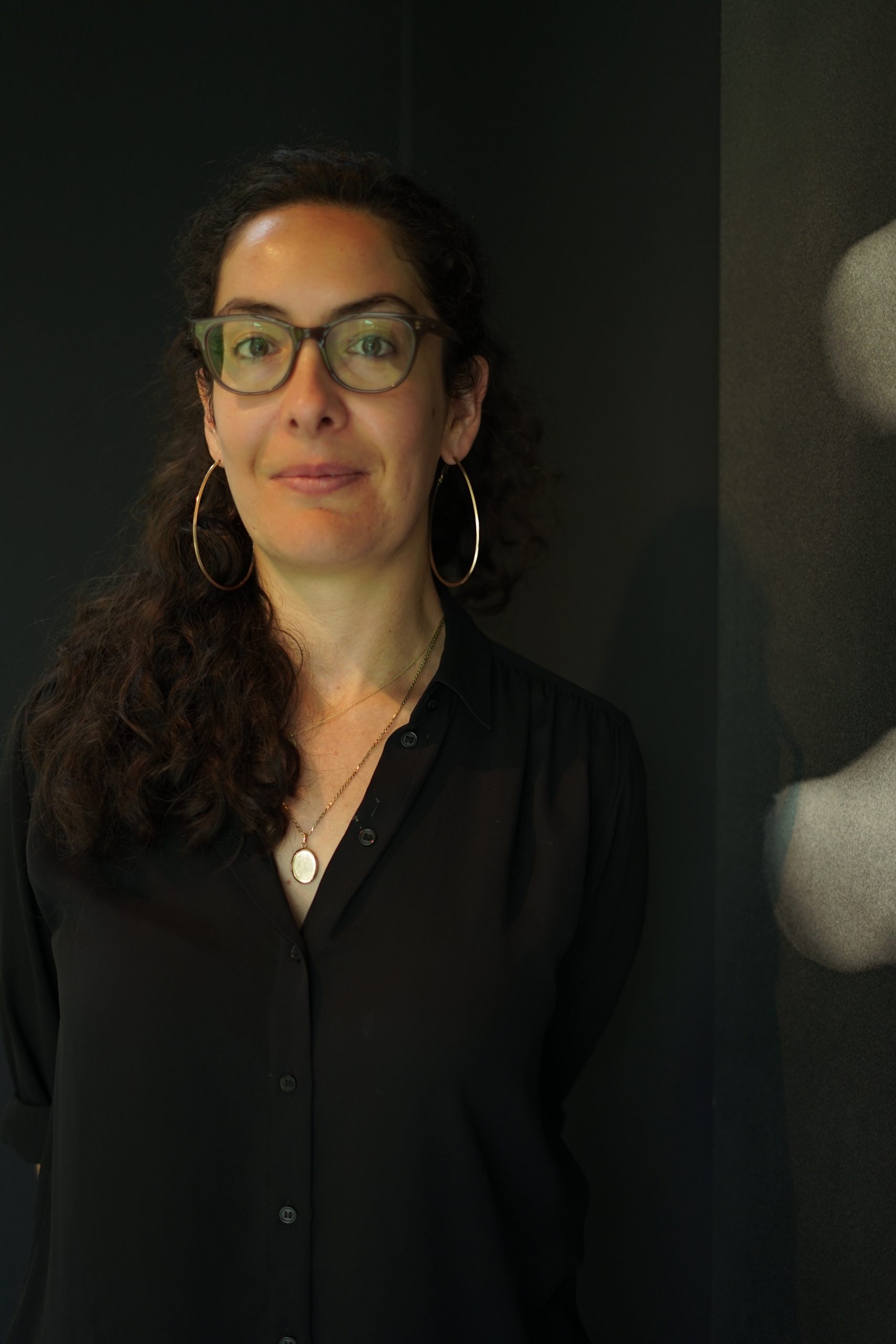