In a series of photographs and recovered images, processing loss, memory and recovery

One is the Bastrop County Complex Fire in 2011— the most destructive wildfire in Texas history. It scorched 34,068 acres leaving a burn scar across Central Texas that was visible by satellite.

The Bastrop County fire devastated the Lost Pines, a biologically distinct tree population and the westernmost stand of loblolly pines in the U.S. and more than 100 miles from similar stands of loblolly found in East Texas.

Loblollies towered over the site of the other fire haunting Stone’s photographic work. In 2002, in Magnolia, Texas, 100 miles due east of Bastrop, a fire claimed his grandfather’s life, a blaze engulfing the trailer home in which he lived.

Later, sorting through the charred rubble, Stone found a small cache of Polaroids his grandparents had taken of their home and surrounding property. Three of these Polaroids are included in the exhibition. So are a pair of color photographs Stone had taken of the trailer wreckage yet never developed until he found the unprocessed rolls of film years later.

In the gallery, the pair of large color prints of the horribly melted and charred trailer are mounted on a single black wall, a stark contrast to the white walls with black-and-white photos.

Part of Stone’s artistic practice involves databending. He alters the code of a digital photograph in a text-editing program, a process that affects the image in unpredictable ways. The manipulations imply a kind of chance and luck that’s embedded in the photographic process itself. Says Stone:  “We never really know what we’ve got until we’ve developed it in the darkroom or see it in the back of our cameras or on our computer screens. There’s always something surprising about the world talking back to you.”

The databent images also represent the slipperiness of memory, especially the vagaries of recalled trauma. Shock plays havoc with the mind, seemingly stopping time, distorting details or erasing some altogether.

In Stone’s images, the wildfire leaves a stand of burnt pines curved and wavey, or it warps the charred landscape, rendering it striated, distorted. Or perhaps that’s just the way such a traumatic event is remembered.

The “Lost Pines” project is multi-faceted. Stone produced a 20-minute suite of acoustic guitar music recorded live this summer in Bastrop State Park. The music is produced as a cassette recording, but you can also access it online on Bandcamp.

There’s also a limited-edition artist book with the black-and-white landscape photographs charting the decade after the Bastrop fire. Slipped in between some pages are color pull-out posters, reproductions the recovered Polaroids.

And it’s in Stone’s epilogue for the book that he stitches the threads of his project together:

There had been an accident.

On September 12, 2002, my granddad died alone in a fire that engulfed his trailer. The blaze burned so hot, windowpanes in the kitchen cabinets melted into ribbons. Cleaning up, we found several charred boxes of photographs and memorabilia. Among newspaper clippings, graduation announcements, and postcards, there was a small group of Polaroids taken by my grandparents on the property.

Nearly 20 years later, I found a few undeveloped rolls of film in the back of my dresser drawer. Among pictures of the births of our two children, there were ten pictures I took inside my granddad’s distorted trailer. I don’t remember making those pictures.

My granddad was a kind of wise-cracking trailer park dandy with a deep baritone voice, whose mellifluous speech evoked Bing Crosby and Mel Tormé. He ate his apple pie topped with sharp cheddar cheese and would only touch fruit that was heavily dusted with powdered sugar. He was a war pilot and a keeper of roses. I also remember hushed whispers about his drinking and his sharp tongue, a string of lost jobs, and his stubborn arrogance. The trailer always smelled of cherry tobacco, and there was a room packed so tightly with stuff that you couldn’t open the door.

I began photographing the aftermath of another tragedy closer to home in Bastrop, Texas, in 2012. The year prior, an immense fire sparked by lightning and exacerbated by extreme drought had spread over 32,000 acres and engulfed a rare outcrop of loblolly pines. Locals call this island of tall trees surrounded by the scrubby cedars that dominate the Hill Country landscape the “Lost Pines.”

My granddad’s trailer in Magnolia, Texas was situated in an Eastern strand of these same loblollies in what is known as the “Big Thicket.” In Spring, Texas, just south of Magnolia, these same trees loom over the one-story house where I grew up. Their tall trunks and dense arrangements provided a magical playground for many a childhood adventure.

These landscapes are intertwined by tall trees, loss, and recovery.

Ten years on, the loblollies are slowly coming back. 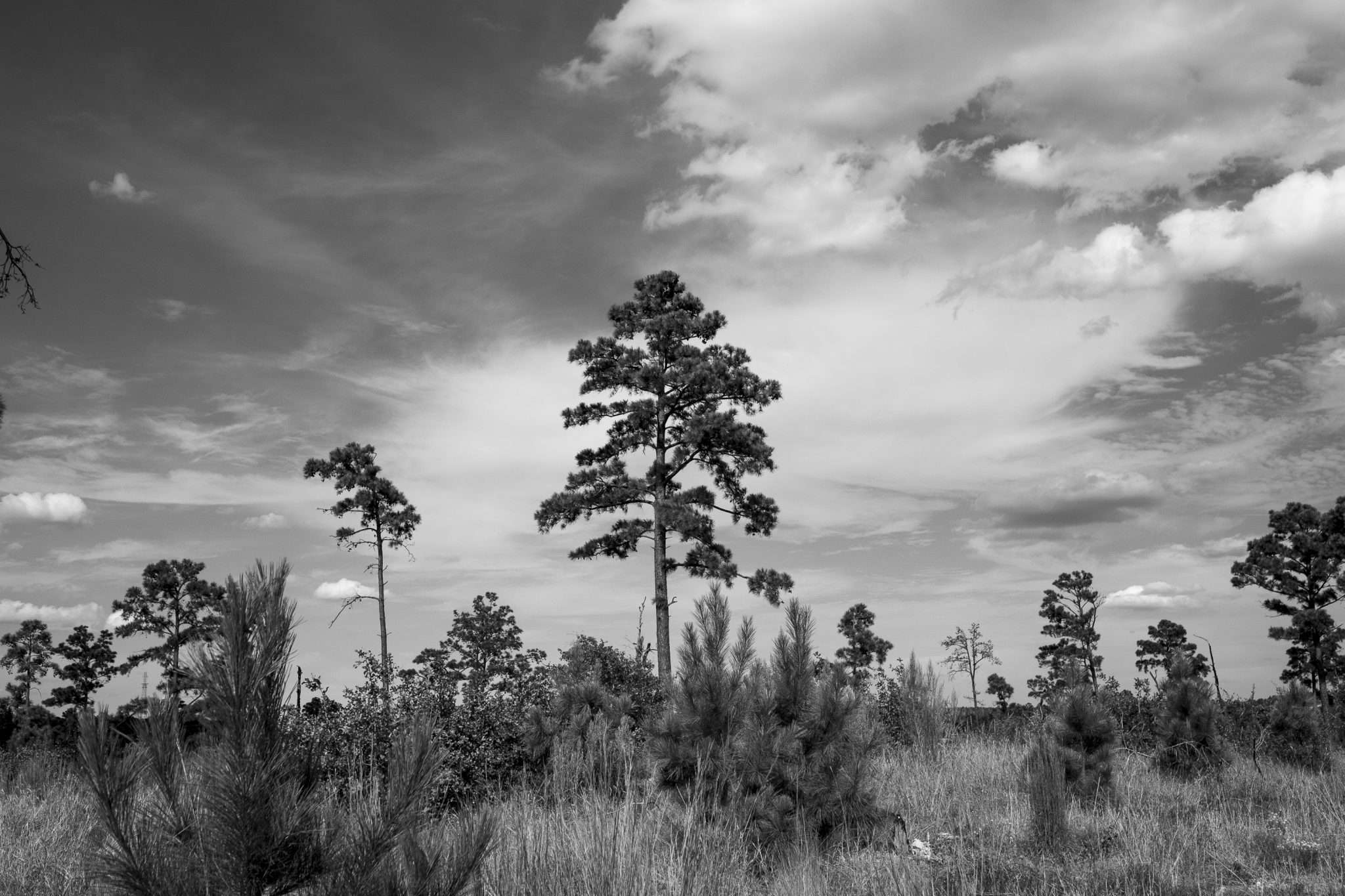