Authors not to miss at the 2022 Texas Book Festival

With a dazzling line-up of famous personalities at this year's fest, we recommend some other literary stars 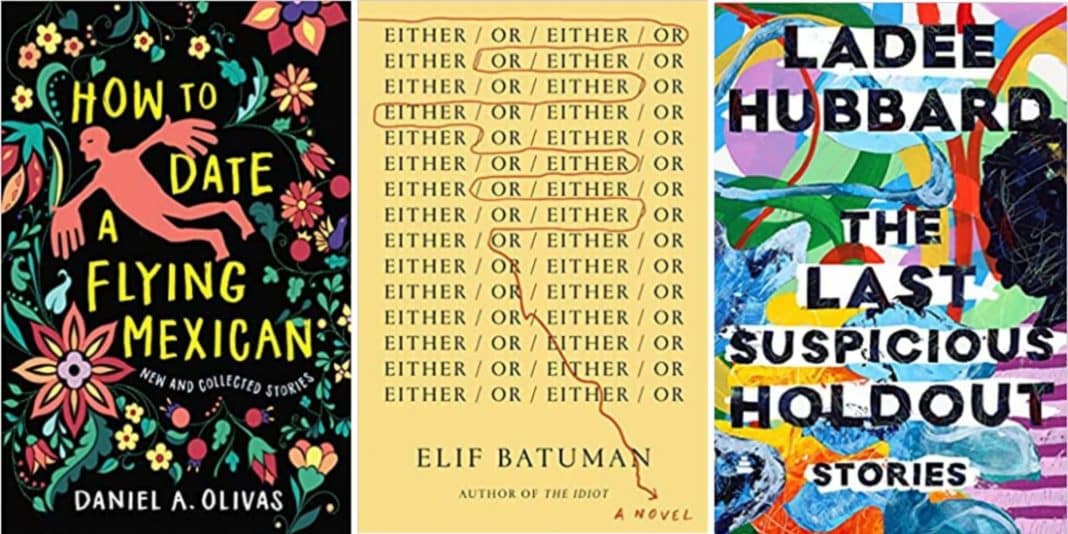 In and around the State Capitol, with flags a-waving up and down Congress Avenue, the Texas Book Festival is roaring back in person this year. In a dazzling line-up of many famous personalities – literary and otherwise – it would be easy to miss some of the other stars at the fest.

Organized into fiction and non-fiction (roughly; Texas Book Festival loves to call attention to the blurred line), here are a few events that promise to refresh festival-goers with their inspired convergences of authors and ideas.

LITERARY LIVES: BOOKISH CHARACTERS AND ESSAYISTS
With authors Elif Batuman, Julia May Jonas, Mairead Small Staid
11-11:45 a.m. Nov. 5, Capitol Extension Room E2.01
The three books under discussion here deal in entanglements of personal and literary stories. Batuman’s “Either/Or” came out this year, a sequel to 2018’s Pulitzer Prize-nominated book “The Idiot.” However, Batuman initially drafted “The Idiot” 20 years ago, and “Either/Or” picks up on the dissonance and resonance of living in the 2020s for people who came of age in the aughts. Jonas’s novel details the romantic pursuit of a younger colleague by a female literature professor, and interrogates cultural prohibitions against women’s desires. And yes, the final author’s work is a book of essays — but one centered around a reading of Italo Calvino’s “Invisible Cities.”

DESTINIES UNMANIFESTED: NEW STORIES ABOUT THE OLD WEST
With authors Jenny Tinghui Zhang and Kali Fajardo-Anstine
1:15-2pm Saturday Nov. 5, Capitol Extension Room E2.028
Award-winning debut novelists Zhang (an Austinite for many years) and Fajardo-Anstine (currently teaching in the MFA program at Texas State) narrate stories of people in the American West — but not the ones we’ve most commonly heard. Fajardo-Anstine recently described her book, an epic family saga, as “my heart song to my ancestors,” especially those living around Denver in the early twentieth century. Zhang’s similarly epic book, “Four Treasures of the Sky,” revolves around the experiences of immigrants affected by the Chinese Exclusion Act of 1882.

TIGHT-KNIT COMMUNITIES, BIG FICTION: SHORT STORIES AND A SENSE OF PLACE
With authors Ladee Hubbard, Manuel Muñoz, and Ramona Reeves
1-1:45 p.m. Nov. 6, Capitol Extension Room E2.036
In a great short story collection, the reader closes the book with a feeling of having studied a lovingly annotated map of a region — literal, emotional or otherwise. Hubbard, Muñoz and Reeves’s collections focus on particular communities in the South and California, and have been lauded for the ways their narratives reframe those communities’ concerns, as well as their superb literary craft.

With authors Daniel A. Olivas, Adam Soto, Leticia Urieta
1:45-2:30 p.m. Nov. 6, Capitol Extension Room E2.014
Olivas, Soto and Urieta’s books sketch out the farther ranges of what’s possible in fiction, laced as they are with magic realism, ghost stories, and the meeting points of prose and poetry. Soto and Urieta both hail from Austin, where they write and teach; Olivas’ experiences, as an attorney from LA as well as an acclaimed fiction writer, will provide an interesting counterpoint in their conversation.

CIVIAL RIGHTS HEROES: ALICE DUNBAR-NELSON, GUS C. GARCIA, AND ALSONO S. PERALES
With authors Millie Rose Diaz, Tara T. Green, and Cynthia E. Orozco
12:15-1 p.m. Nov. 5, Capitol Extension Room E2.030
Two historians and a novelist bring to light the under-recognized stories of civil rights pioneers in the books featured on this panel. While Green and Orozco trace the lives of Perales and Dunbar-Nelson in biography form, Diaz writes Garcia’s in the style of fiction. It will be illuminating to watch these writers consider these modes of truth-telling alongside each other.

THE RAG: ACTIVISM, RESISTANCE, AND THE UNDERGROUND IN 1960S AUSTIN
With authors Alice Embree and Thorne Dreyer
2-2:45 p.m. Nov. 5, Texas Monthly Tent
To live in Austin these days is to wonder about what it was like to be here back when the city first acquired the more counter-cultural aspect of its identity. Alice Embree and Thorne Dreyer, both key figures in the group that produced Austin’s underground newspaper, The Rag, in the 1960s, have recently published new books that touch on their experiences in that time. Now seen as one of the most influential underground newspapers of the time period, The Rag published writing about civil rights, sexuality, and pacifism (among other issues) when no one else in Austin would, due to the intensely repressive social climate of the time. It’s worth taking a moment to consider how much has changed.

NEW BLACK WEST: AMERICA’S ONLY TOURING BLACK RODEO
With author Gabriela Hasbun
1:30-2:15 p.m. Nov. 6, The Contemporary Austin-Jones Center
Through her vivid photographs, Hasbun’s book chronicles a decade of the Bill Pickett Invitational Rodeo. After attending a rodeo that featured no Black cowboys in 1977, founder Lu Vason began the BPIR to showcase the talents of Black cowboys and cowgirls and to raise awareness of their role in the history of the American West. Hasbun will appear in conversation with rodeo participant Denesha Henderson to share more stories of their days in the arenas and on the road.

In Adam Soto’s ‘Concerning Those Who Have Fallen Asleep,’ stories that walk through walls, like ghosts