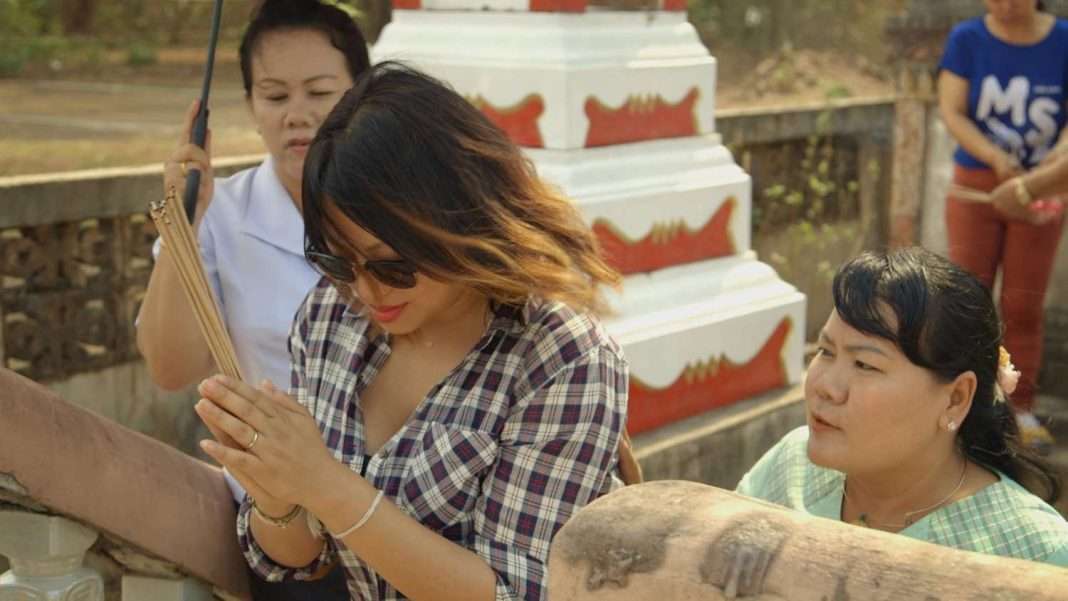 Rarely have Asian American women been given central roles in mainstream films. Even less so are they celebrated for their work behind the camera as writers and directors.

Enter the Austin Asian American Film Festival which is presenting “Feminine Identities,” a showcase of movies by Asian and Asian-American filmmakers — movies that are politically relevant and that reveal stories about female Asian identity.

Directors Kulap Vilaysack (“Origin Story”) and Adele Free Pham (“Nailed It”) will attend in person for discussions following their films Nov. 6 and 13, respectively. And “Fish Bones” director Joanne Mony Park will join for a post-film Skype Q&A on Nov. 7.

“We’re unbelievably excited to showcase these four films this year,” said Jenny Nulf, AAAFF Director of Programming. “Three of our films are directed by Asian American women, and our international title is a female-driven narrative that explores three generations of performers. The slate organically came to us, and we’re so proud to have such a diverse, beautiful showcase of talent from all over America and Asia.”

The mini-fest’s pair of documentary films  tell stories of selfhood and heritage while also tackling larger political issues such as immigration and multiculturalism in American society.

Opening the festival on Nov. 6, Vilaysack’s “Origin Story” tells the tale of a young Laotian woman’s journey to connect with her biological father.

A successful Laotian-American, Los Angeles-based podcast host and writer, Vilaysack confronts a question she’s buried for 20 years: Who is her biological father?

The documentary opens with a dramatic reenactment (in animation) of the traumatic scene from when Vilaysack was 14 years old and her mother revealed that the man she thought of as her father isn’t her real father. Now 33, Vilaysack traces the truth her own identity eager to do so before she herself tries to get pregnant and start her own family.

Not far into the film Vilaysack breaks down while discussing her tumultuous and abusive relationship with her mother, who immigrated with Vilaysack’s biological father in the 1970s to escape the communist takeover of Laos. It’s a scene that conveys just how challenging this whole process is going to be and Vilaysack’s vulnerability makes her a sympathetic narrator and subject.

Vilaysack’s journey of self discovery leads her from Los Angeles to her mother’s house in Minnesota to Laos to see her biological father and the small village he grew up in. Vilaysack discovers she has two birth certificates, listens to her father’s voice for the first time in a voicemail she replays over and over, and crosses the Mekong River by boat, the very river her parents swam across in their escape to a refugee camp in Thailand.

Satisfied with some answers after her time in Laos and frustrated by the lack of others, Vilaysack asks rhetorically,  “Did I come all this way to realize the answers were inside of me? That’s bullshit.”

With “Origin Story” audiences get a look at one brave woman’s emotional pilgrimage. Happy endings aren’t always so simple, and one’s origin story is only the beginning.

Less personal but equally as compelling is Vietnamese-American Pham’s documentary “Nailed It,” which unravels the story behind why so many nail salons across America are owned and operated by Vietnamese.

Pham’s film opens with comedian Anjelah Johnson’s now infamous impersonation from 2007 of an Asian nail salon worker — a reminder that it wasn’t so long ago that comedians weren’t held as accountable for being racially insensitive.

Pham chronicles her documentary journey with clips of her doing karaoke with interview subjects and getting her nails done at salons, mentioning that as a Vietnamese-American, she didn’t want any involvement with the nail industry because she saw it as a shameful profession growing up.

“I didn’t want to be that type of Asian,” Pham explains.

In a $7.5 billion industry where more than half of the workforce is of Vietnamese descent, “Nailed It” explains how one niche in the beauty market offered Vietnamese immigrants to gain a stable business footing without a college degree or an understanding of English. And Pham reveals the American movie star and philanthropist who played a crucial role back in the 1970s, connecting refugees who had just fled Vietnam with the nail care business.

Pham visits a South Los Angeles salon called Mantrap, one of the first to become a successful chain. And Pham credits Black women as among the first loyal customers to Vietnamese salons in the 1980s, when sculptured nails emerged as a trend in the African American community.

While for the most part a success story, “Nailed It” does manage to touch on the health hazards of the nail business as well as the challenging stereotypes the profession contains.

Nevertheless, “Nailed It” comes to the screen at a perfect time; a time when both consumer consciousness and awareness of racial issues are heightened. And along with Vilaysack’s “Origin Story,” it offers a much-needed perspective on the fundamental issue of what it means to be an American.