Operating hours that don’t meet the needs of the public, deferred maintenance, and an inefficient system for facility rental have threatened the city’s ability to makes its cultural centers as accessible as possible, says an extensive audit report by the Office of the City Auditor

The 50-page report was presented during the Austin City Council Audit and Finance Committee meeting Aug. 19.

All the cultural centers are supervised by the Parks and Recreation Department (PARD) with the exception of the African American Cultural and Heritage Facility which is part of the Economic Development Department (EDD).

Auditors found that the community is hindered from using facilities at cultural centers because of limited or inconvenient operating hours, missing information about available facilities on center websites, and maintenance issues that prevent full use of available space.

The Austin arts community for years has faced a crisis of affordable and available space. 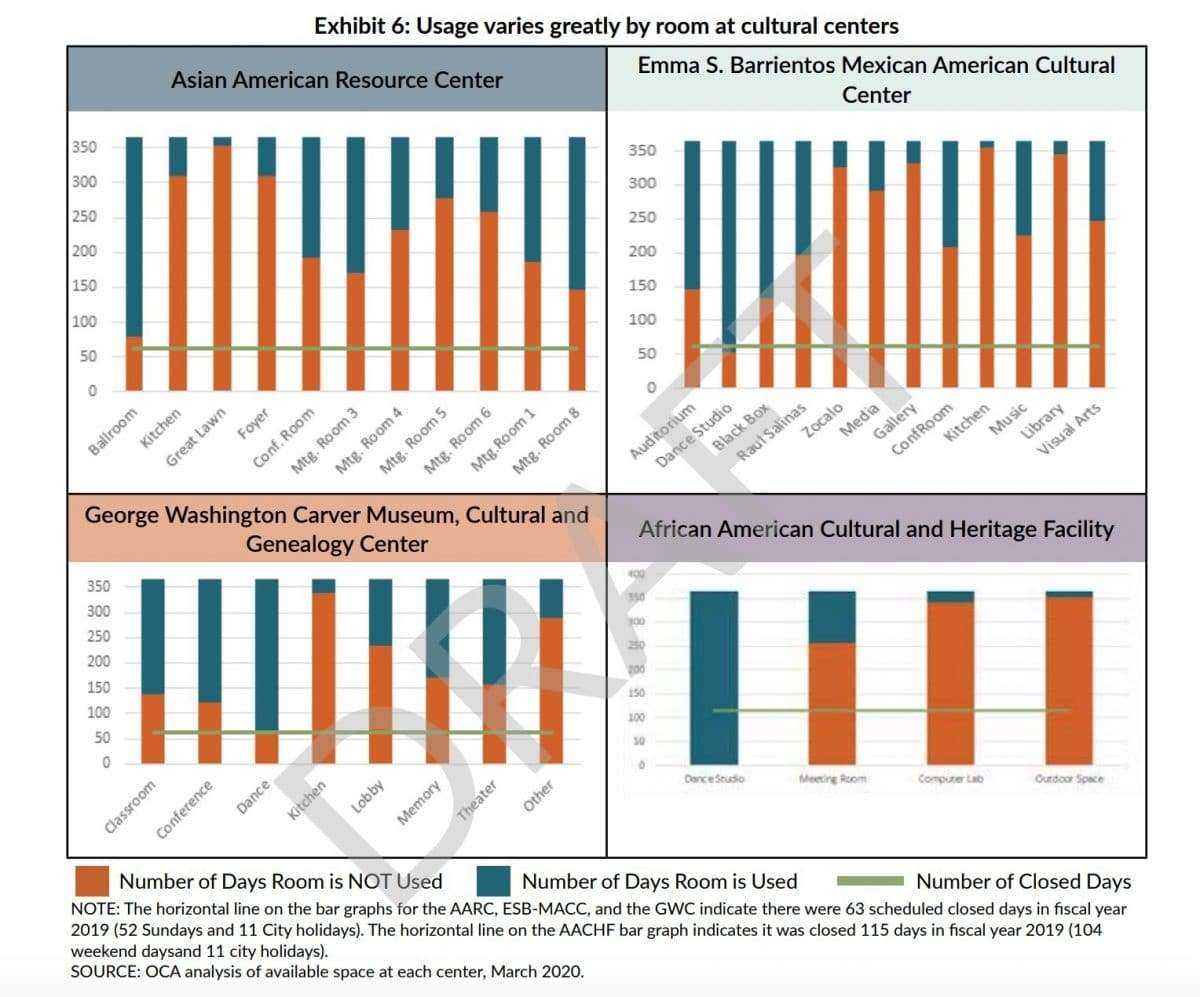 Auditors also found that at least one-fifth of center usage occurred outside the normal business hours of each center, suggesting that centers do not have open hours that jibe with when cultural activities are happening. For instance, at the African American Cultural and Heritage Facility some 88% of its usage occurs outside its operating hours.

Cultural center staff do not consistently track reservation request denials, the report revealed, limiting the ability to determine how many requests were received and granted. Also there is no consistency on how the centers charge and collect fees. At the Emma S. Barrientos Mexican American Cultural Center, for example, staff did not charge the city council-approved fee for renting the center’s auditorium.

Council Member Leslie Pool said she was “concerned to hear that staff had taken it upon themselves to lower fees or waive fees” without any kind of approval.

Among the recommendations in the report was a comprehensive overhaul of the rental fee system at all cultural centers as well as more transparency of available space. Auditors also recommended that the centers optimize their hours of operation in order to meet the needs of the community, and make services more affordable to target populations.

Both Parks and Recreation Department Director Kimberly McNeeley and Sylnovia Holt-Rabb, deputy director of the Economic Development Department, agreed with the auditors report and recommendations for implementing improvements over the next year.