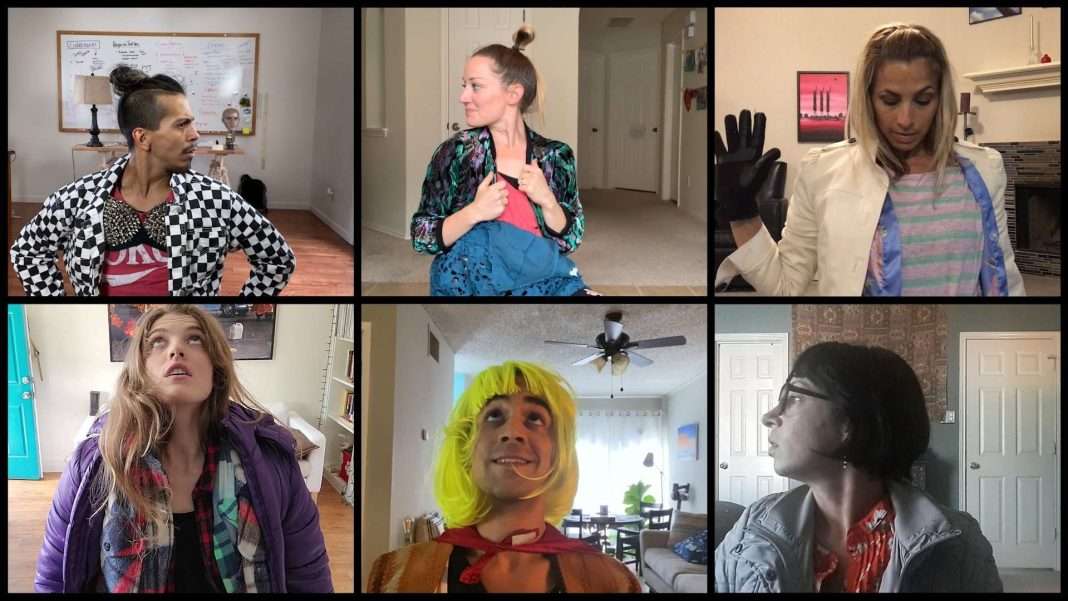 Like so many performing artists, dancemaker Andrea Ariel had plans derailed by the coronavirus pandemic.

Originally, she had planned to present “Reimagine,” an evening of dance and live music that reimagined her past repertoire but with new choreography set to scores by Graham Reynolds. The show was schedule for May 1 at the Long Center’s Rollins Theater, a celebration of her Andrea Ariel Dance Theatre company’s 30th anniversary.

Ariel and Reynolds began collaborating years ago, though they haven’t worked together in almost a decade.

“Over all these years we were both developing our work, and there are many threads of Graham’s compositions that are part of my work during that time” Ariel said in press materials. ”I thought it would be interesting to reimagine older works and create new ones to a selection of scores that resonated with these connections.”

The COVID-19 came. Rehearsals were suspended. And as Austin’s shelter-in-place order continued, the performance at the Rollins was cancelled.

Nevertheless Ariel regrouped with her dancers on Zoom, and over three months they created a reimagined, virtual version of the show.

“Reimagine: 30 Years | Reimagined” is a 45-minute virtual experience akin to seeing a show, moving from one piece to the next. The company will be live in the chats during the premiere.

It premieres at 8 p.m. Sept. 12 and it will stream livee on the Long Centere’s Facebook page facebook.com/longcenter or a direct link for those not on Facebook thelongcenter.org

The show is free though donations are welcome, and 20% of the donations will be given to the Austin Justice Coalition and Austin Creative Alliance’s Black Arts Matters initiative.

Not all of the dances Ariel originally planned for the live performance aligned well for a virtual re-creation. Hence the digital show brings three re-creations along with a look at a few past repertoire pieces through archival excerpts and the company’s rehearsal footage pre-pandemic.

One of the reimagined pieces, “Home,” explores isolation. Originally, the piece started with the dancers limited to their own eight-foot-by-eight-foot space. As the piece progressed these individual spaces enlarged creating overlaps and connections between the dancers’ movements. “Home” emerged as particularly pandemic-relevant; the video version find each dancer in a small room.

“Crossings,” another reimagined piece, moves from isolation to patterns of the daily comings and goings. In the re-creation the choreographic score has dancers employ film concepts using vectors to create movement and pathways in their personal spaces.

“Home” and “Crossings” both use scores originally composed by Reynolds. The third reimagined work is a short piece called “Getting Dressed,” set to Reynold’s “The Pencil Song.”