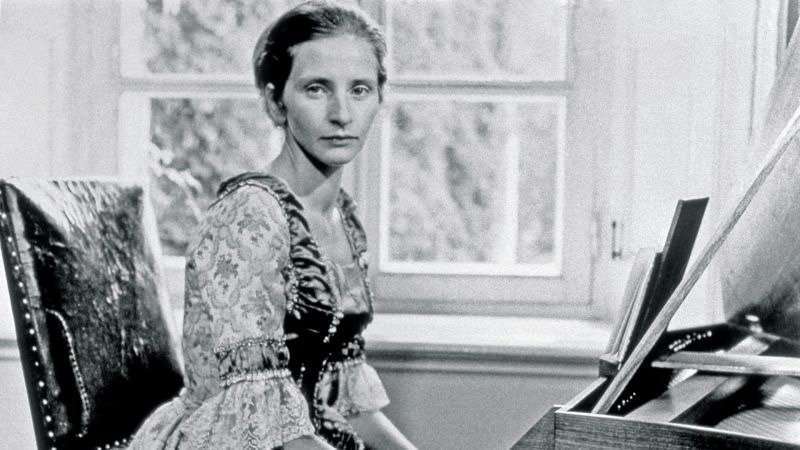 It’s been called “the strangest and most uncompromising of all musician biopics,” an  “impossible documentary” and “film almost unlike any other.”

Nevertheless, it is a classic of European art cinema admired as much for its period-accurate Baroque performances as its ascetic filmmaking.

Now, on the occasion of its 50th anniversary, the film has been re-released after a 4K digital restoration.

Austin Film Society is screening “Chronicle Of Anna Magdalena Bach” and Sightlines is sponsoring the 7.pm. June 10 show. Meet us in the lobby at 6 p.m. for drinks!

Shot in austere black-and-white, “Chronicle Of Anna Magdalena Bach”  links together several major compositions of Johann Sebastian Bach with brief interstitials that depict events in the musician’s life as matter-of-factly as possible. The French-born filmmakers tell Bach’s story through the eyes of his wife, Anna. And two highly regarded musicians — completely untrained as actors — stiffly play the leads: Gustav Leonhardt as Johann and Christiane Lang as Anna.

The musical sequences are shot in lengthy single takes in the locations in Germany where they were first performed and are meant to reproduce an authentic visual and aural ambiance for the Baroque era.  The music was recorded from a microphone placed by the camera and the musicians play authentic 18th-century instruments and are dressed in clothing from that period.