After four years of renovation (and a pandemic), Austin’s historic French Legation re-opens

Now under the stewardship of the Texas Historical Commission, the historic museum site has modernized its mission 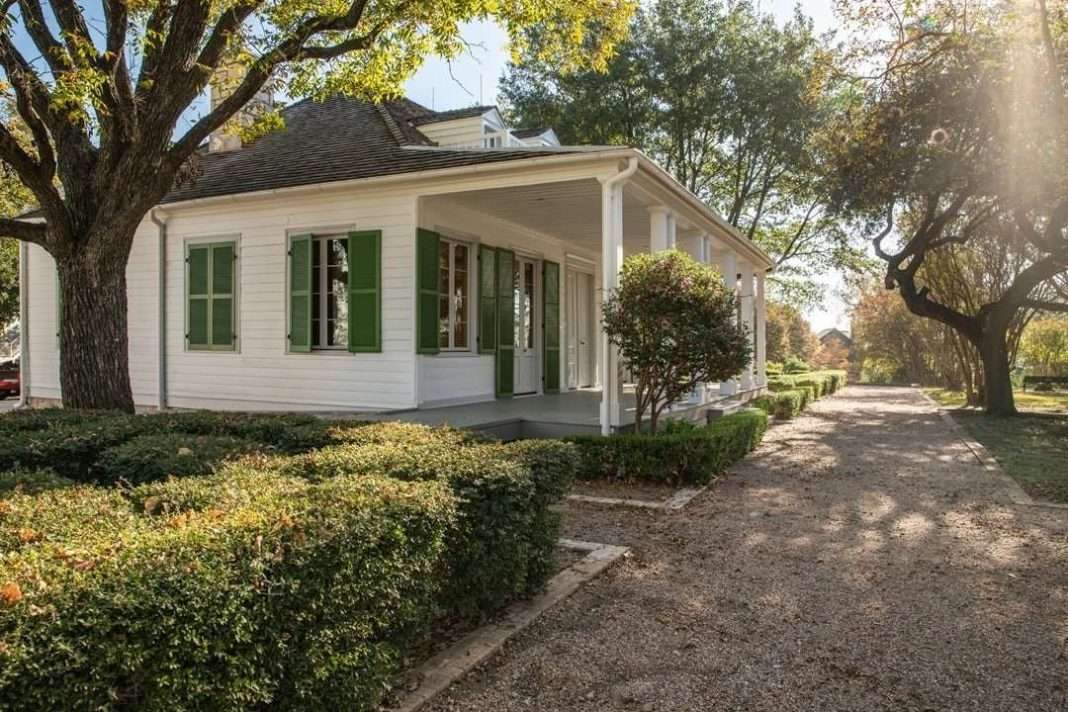 It’s often called Austin’s oldest home. Built in 1841, the French Legation was once an impressive estate for the French chargé d’affaires to Republic of Texas and situated on 21 hilltop acres just to the east of then-tiny capital city.

Now, after a four-year closure, the reopened French Legation Museum has emerged with fresh features and a modernized mission. No longer just a frozen-in-time historic house, the museum has timely, changing exhibitions, a revised focus on connecting with the local community, and a commitment to discovering and promoting the site’s previously untold histories.

“We had an opportunity to reimagine what the French Legation could look like. Could it be different? Should it be different?” says Ellen Cone Busch, director of Historic Sites Operations for the Texas Historical Commission (THC), the state entity took over the property from the Daughters of the Republic of Texas in 2017. “We knew the preservation work and some of the infrastructure work the site really needed was going to take years. And that’s a beautiful thing, we had the opportunity to go to the community and hold conversations.”

It took an act of legislation to transfer stewardship of the legation from the Daughters of the Republic of Texas (DRT) to the THC, after the state attorney general found that DRT had insufficient funds to manage and maintain the historic property. The Daughters, who were ousted from managing the Alamo in 2011, operate and maintain a library in San Antonio. They plan to build a new Republic of Texas Museum right next to the French Legation on land they acquired in 2012. The museum is slated to open in 2022. (For years the DRT operated their Republic of Texas Museum in a rented storefront on East Anderson Lane.)

A lineal organization, members of the Daughters of the Republic of Texas must prove they had ancestors in Texas prior to its annexation by the United States in 1845. Lillie Robertson, a member of the family who owned the French Legation for a century, was a DRT member and lived in the home her entire life, sometimes opening it to the public for tours. In 1945, Robertson’s estate sold the property to the State of Texas which granted management of the site to the Daughters in 1949.

Since the THC took over stewardship, the preservation agency has embarked on major restoration work which continued through the pandemic. Original doors and floors were restored and original casement windows reproduced. Brick hearths were replaced with stone to reflect the historical accuracy of 1841 when brick was not yet available in Austin. And the canvas interior wall coverings (an early 19th-century budget option) were updated.

“The walls in 1841 would have just been canvas stretched between the studs,” she explains. “But we wanted to be sure that (the walls were) durable enough to withstand use without becoming damaged, so we’ve put wallboard underneath, also to provide a measure of insulation. So we’ve made some compromises in order to enable (the house) to be used.”

Increased accessibility and curb appeal were also top of mind. The property’s surrounding stone walls, built in the 1950s, are now offset by a new deck fronting the visitors center, and multiple, well-defined entrances to the site have been opened. Housed in a carriage house built in the 1970s, the new visitors center has been expanded to include a catering kitchen and accessible restrooms. A café is also in the works. The THC will eventually charge admission for entry into the historic home, but it will always be free to enjoy the grounds or drop by the café.

“We want our neighbors to be able to come by for a cup of coffee, to be at home with history, and not feel like visiting a museum is a formal experience,” says Cone Busch. “They can grab a cup of coffee, sit on the grounds, read an interpretive panel, or not. But really just make it part of their daily lives and landscape.”

“If collections never get seen, if museums only get visited once in a lifetime, they don’t necessarily get valued by a community. Then when you need to raise money to fix the roof, or do other conservation work, you don’t have the community support that you might hope for because (the museum) doesn’t hold value to them. I really consider collaborative programming as preservation work because we’re laying the groundwork for building value within our community.”

New interpretive panels sprinkled around the property offer a history that acknowledges the indigenous people of the area, information not previously mentioned in the museum’s tours or literature. The outside panels function as a permanent exhibition while the interior of the historic home will encourage repeat visitors with changing installations of art, history, and more. Much is still being developed but community feedback will drive the programming, says Cone Busch.

“Oftentimes our cultural institutions don’t really listen to their neighbors and aren’t really geared towards the people who are physically closest to them and who really are in the best position to be most involved and be its return visitors, be its volunteers, be its donors, be its supporters,” says Cone Busch.

To that end, the legation’s new managers have conducted community conversations with the Guadalupe Association for an Improved Neighborhood (GAIN), Sixth Square/Austin’s Black Cultural District and Preservation Austin. And the French Legation is one of the few THC sites with two educators, one dedicated to school programs, another to community and collaborative programming. The French Legation invites the public to submit stories, research and images about the site to their storytelling blog.

A more inclusive understanding of the site’s history now includes information on  indigenous people of the area, the African Americans enslaved at the site, and the story of the surrounding Robertson Hill neighborhood.

Cynthia Evans, who serves as the French Legation site manager, most recently worked at the George Washington Carver’s genealogy center.

“We want to tell the stories of the other people involved. That could be everything from the other servants, for example, DuBois brought with him a man servant and a chef. We would like to learn more about them and their roles here on the property,” says Evans. “We would also like to learn more about the enslaved here on the property, and what their life was like here in Robertson Hill. We are following a story that starts from the beginning of Texas and leads all the way up to today.”

After the Civil War, Dr. Joseph Robertson sold some of his surrounding land to freed slaves who established the Robertson Hill Freedman Community. And immigrants from Sweden, Germany, Lebanon and Mexico would also settle in the neighborhood.

For example, currently, a volunteer named Richard Lions is responsible for uncovering the story of Eliza Bell, a woman who worked for the Robertson Family in the 1870s and who was one of the first African American landowners to purchase property in the Robertson Hill neighborhood.

There are no current plans for archeological excavation on the site, but it is a possibility for the future, says Cone Busch. Earlier archeological studies revealed human activity on the site as far back as 5,000 to 9,000 years ago. Native Americans would likely have been drawn to the hilltop area by the freshwater spring that used to flow on the property. The Tonkawa, Lipan Apache and Comanche tribes were present in Austin during the city’s founding in 1839.

Upon first entry, the French Legation home is now sparsely populated with objects compared to the DRT stewardship era, where rooms were fully furnished in period display. Part of the reason for this appearance is that many items that were in the home were donated to the DRT not the French Legation Museum itself, making those items the property of the organization rather than the museum. Objects that remain are those that were dedicated to the museum or items that were in the home when the house was sold to the state in the 1940s. The DRT did donate back to the legation a parlour set that belonged to DuBois.

“When the daughters of the Republic of Texas vacated the site, they took the collections that really belong to the organization. So yes, there are artifacts that used to furnish the house that the DRT now has and will be in their museum next door,” says Cone Busch

The current exhibition centers around the home’s history and owners, and will be up for 18 months. Cone Busch says the decision to shift away from permanent period room displays was made in part to facilitate repeat visitors and to expand the scope of history the site touches on.

Speaking to community groups also helped inform the decision on how to utilize the site, says Cone Busch. Urgent concerns about development and gentrification in East Austin led them to talk about the site in a current cultural context, for the site is two untouched acres amid a crush of new development. Luckily, the front porch of the home has one of the only protected views of the capitol building.

“We’ve come up with a thematic thread that goes through the entire history of the legation, the city of Austin and Texas itself, of development and redevelopment, of newcomers, of resettlement,” says Cone Busch. “That’s what really emerged as the most important story we can tell ‚about people coming to a place, building life, and finding common ground with people who are not like them. We feel like that’s a very current story that holds a lot of lessons for our present day.”