A Socratic Lullaby: Golden Hornet’s “The Sound of Science”

Golden Hornet’s newest project is equal parts hopeful, transcendental, and depressing — which is everything you could ever want out of music or science.

“The Sound of Science” is a collection of new works by several, internationally-celebrated composers. The project was conceived by Golden Hornet’s artistic director and composer-bandleader extraordinaire, Graham Reynolds, and is co-curated by the world-renowned cellist, Jeffrey Zeigler, formerly of the Kronos Quartet.

After making its performance debut in late 2018 at the auspicious National Sawdust Theatre, “The Sound of Science” will make its Texas premiere this April during Austin’s annual Fusebox Festival.

The album is an attempt to bridge the two disciplines of music and science together in “a celebration of their shared culture of inquiry,” Golden Hornet writes in a press release.

Reynolds invited an international roster of composers to each select a scientist (from the past or the present) as a musical muse. The result is an aural mosaic of human curiosity, with topics as varied as understanding synaptic plasticity in the hippocampus to research on freshwater fish in the amazon, all inspired by chemists, mathematicians, botanists, and more.

The relationships between the composers and their chosen scientists are honorific, professional, and even deeply personal.

Instrumentally “The Sound of Science” is tied together by Zeigler, its primary performer, along with supplemental electronic instrumentation and effects.

[su_pullquote]“The Sound of Science” reminds its listeners that science — often like art — is fairly indifferent about giving us good news. And this is actually a great thing.[/su_pullquote]

And although a cello-centric album, “The Sound of Science” is surprisingly dynamic when coupled with its seven compositional voices. Even more impressive, the record maintains an unprecedented thematic cohesion while rapidly shifting between legions of scientific and emotional subjects.

In “Quest,” Mexico City-based composer Felipe Pérez Santiago revisits his childhood love for Carl Sagan’s “Cosmos” by examining the work of the ET-seeking astronomer, Jill Tarter. Utilizing samples of Tarter’s own space recordings, “Quest” pounds listeners with cinematic, pulsing waves excitement that intrigues the imagination of anyone that yearns to believe.

In contrast to Pérez Santiago’s call to adventure, the following track on the album, Maja S.K. Ratkje’s “A Highway into State Space,” takes a much more personal turn.

Ratkje reflects on her relationship with her mother Signe Kjelstrup, a scientist who works in irreversible thermodynamics. A contemplative composition, “Highway” echoes the discussions had between Ratkje and Kjelstrup on the social responsibilities of artists and scientists, and the impact that Kjelstrup’s work might have on the future of civilization. The music sounds as melancholic as its premise, as Ratkje makes the cello drone and squeak a tale of uncertainty and turmoil.

The versatility of “The Sound of Science” is heard throughout the rest of the album as well. Reynold’s bombastic opener “The Brain,” with its rapid cello riffs and electronic backbeats, is paradoxically right at home with Suso’s laid back and pizzicato filled “Salumba.” 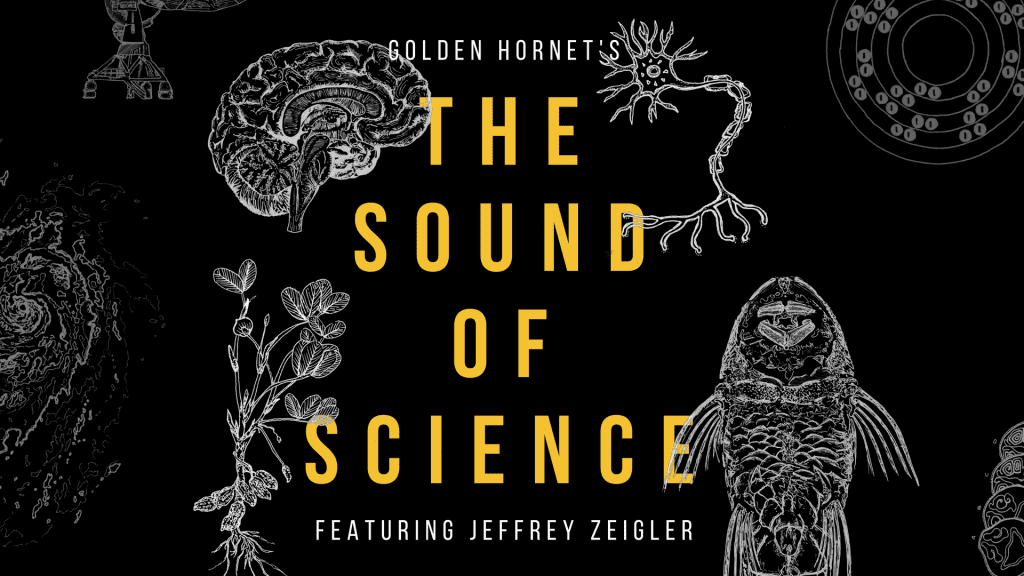 With so many cooks in the kitchen (and really, a conceptual mission as broad as delivering the titular sound of science), it’s kind of unbelievable just how tight the album feels. It helps that within each piece, every composer is, in their way, reflecting on the central goal that science and art both pursue: to make sense of the world and the people that live in it. So although the composers’ differences in thematic material is definitely palpable, it’s never jarring.

Another success of the project is that while it acknowledges the grandeur of the human intellect, it still manages to avoid clichés.

“The Sound of Science” is a work that delightfully refuses optimism. In addition to pieces by Rakje and Reynolds, this can be heard on tracks like Prestini’s “From the Bones to the Fossils.” Composed with the help of climatologist Andrew Kruczkiewicz, Prestini delivers a bleak and mercurial vortex of cello-wailing that exemplifies the peril of our shifting environment.

The frailty of humanity existing against the dominion of nature and time is felt throughout the album, and consequently dips the whole record in a vat of uncertainty that, at times, is just plain doomful. It’s in this way that “The Sound of Science” reminds its listeners that science — often like art — is fairly indifferent about giving us good news.

And this is actually a great thing.

A lesser group of artists could have just thrown together some Blade Runner-esque synths and Hans Zimmer punctuations and called it a day. But the dynamic expression of beauty and woe in “The Sound of Science” is what makes it stand apart from similar concept albums.

Reynolds and Zeigler have successfully curated a comprehensive, responsible work that makes its listeners think about the ethereal beauty of life as well as the real world with its very real problems.

In the process, the work evokes mystery, peace, and inevitability all while balancing the perspectives and sounds of some of today’s most unique composers. And while it won’t provide you with material answers, “The Sound of Science” is a Socratic lullaby that, in the end, will give you just a bit more hope than dread — an album that helps make life make sense.